The stock market has been a bit disconnected from the U.S. economy as of late. The economy is still reeling from the effects of the coronavirus, resulting in an unemployment rate of 8.4%. And yet, the S&P 500 has gained more than 12.5% over the past 12 months, driven mostly by tech stock gains.

But with the economy and the stock market out of sync, some investors wonder if another significant market correction — like the one we saw back in March — is around the corner. If, and when, that happens, a few Motley Fool contributors have put together a list of a few companies you may want to buy. Here’s why Roku (NASDAQ:ROKU), Slack Technologies (NYSE:WORK), and Fastly (NYSE:FSLY) make the cut. A streaming leader on a different path

Danny Vena (Roku): Streaming services are everywhere these days, and it seems as though new ones are popping up every month. Not only that, but existing services are expanding their offerings to bolster their chances of standing out in the crowd. The battle for eyeballs is relentless and content takes center stage, with spending skyrocketing to feed consumers’ insatiable appetite for programming.

Roku has taken a different path by providing a platform where viewers can aggregate all their viewing choices in one place. The company offers thousands of apps including subscription services like Netflix, Amazon‘s Prime Video, and Walt Disney‘s Hulu and Disney+, as well as niche, ad-supported services including anime kingpin Crunchyroll, British programming from BritBox, variety movies and series from Viacom‘s Pluto TV, or horror classics from AMC Networks‘ Shudder. By being an agnostic one-stop shop, it can cater to the programming needs of a broader base of viewers.

Another prong in Roku’s strategy takes a page from Netflix’s playbook, by making its offering ubiquitous. Not only is the platform available on the company’s namesake streaming devices, but is also found in a growing number of smart TVs. Roku developed a smart TV operating system (OS) from the ground up that was specifically designed for the task, rather than using a repurposed mobile app. The company licenses the Roku OS to smart TV manufacturers who don’t want to reinvent the wheel. That strategy was so successful that one in three smart TVs sold in the U.S. and one in four sold in Canada in 2019 contained the Roku OS, boosting the company’s large and growing user base.

Roku’s approach is paying off in droves, as evidenced by its recent operating metrics. In the second quarter, the platform’s active accounts climbed to 43 million, an increase of 41% year over year. Even more importantly, viewers are more engaged than ever, with streaming hours of 14.6 billion vaulting 65%. At the same time, the average revenue per user continued to trudge higher, hitting $24.92, an increase of 18%.

These achievements are the foundation for Roku’s impressive financial results, even as the uncertainty resulting from the pandemic caused many marketers to cut back on advertising — which represents the lion’s share of the company’s revenue. Overall, total revenue of $356 million grew 42% year over year — in spite of the significant pullback in advertising. Its platform segment, which includes advertising, The Roku Channel, and its OS licensing, is growing at an even faster pace, up 46%.

Roku’s performance since earlier this year shows why investors should buy during a correction. After losing 42% of its value during the pandemic-induced slump, the stock has come roaring back, soaring 123% since bottoming in March. Roku’s impressive results show it will take more than a little market decline to stop this company’s growth. The story of this email alternative is just getting started

Brian Withers (Slack): A combination of what many viewed as a disappointing second quarter for Slack and the market pullback in tech stocks have pushed Slack’s shares down more than 30% from their high earlier in the year. With its valuation edging close to its all-time low, the company is providing patient investors an opportunity to buy the team collaboration platform at a discount. Let’s look at why you might want to join in.

There’s no doubt the coronavirus has been a double-edged sword for Slack. On the one hand, it has attracted twice the number of customers (20,000) in the first six months of this year than it did the previous six months. But its year-over-year billings growth, an indicator of new and existing customer growth in future contract value, dropped by half this quarter (from 52% to 25%). This is due to $11 million in year-to-date billings concessions to COVID-19 impacted customers and a trend of reduced contract lengths because of economic uncertainties. This reduction in billings growth spooked investors and overshadowed the company’s positive news.

Revenue grew 49% year over year in the most recent quarter that ended July 31, 2020. That’s not the growth of Zoom Video Communications, but it’s quite impressive given the current economic conditions, and it’s the first in a long list of key metrics that shined in the quarter.

Operating cash flows have improved 7 percentage points year over year to 7% of revenue and the balance sheet sports a solid base of $1.5 billion in cash and marketable securities. This cash hoard and positive cash flow will enable the management team to continue to invest heavily in growth efforts. Remaining performance obligations (RPOs) are at a record high of $388 million, an 80% year-over-year gain. RPOs represent what customers still owe on contracts that are longer than 12 months.

Large customers with greater than $100,000 in annual contract value grew 37% year over year.This is despite headwinds of reduced net dollar retention of 125% (down from 136% in the second quarter of 2020) and 50 customers dropping out of the $100,000-plus spending category this quarter due to reductions in their staffing. These big customers are becoming more important to the company, as they make up 49% of revenue, up from 43% in Q2 last year.

Finally, customers using Slack Connect, a feature that allows shared communications channels between companies, have grown 37% year over year to 52,000 organizations. Its massive network of 380,000 Slack Connect users is becoming a valuable marketing funnel to introduce new customers to the massaging platform.

With millions of workers trying to collaborate with a much-hated and antiquated tool called email, Slack has a tremendous runway of growth. The recent pullback in the stock gives investors a great opportunity, too. Don’t miss out.

READ MORE:   One of the world’s ‘most livable’ cities just went into full lockdown mode as coronavirus cases spike Chris Neiger (Fastly): Tech investors have been drawn to Fastly this year, but if you’ve never heard of the company, don’t fret — it’s not too late to benefit from this company. Fastly’s technology helps companies speed up their websites, apps, and videos (hence the “fast” in Fastly) and the company is growing like gangbusters.

In the second quarter (reported on Aug. 5), Fastly’s revenue grew 62% to $75 million and adjusted earnings per share were $0.02. Both of those figures easily outpaced analysts’ consensus estimates for the quarter. Additionally, Fastly improved its gross margin to 61.7%, up from 55.6% in the year-ago quarter, and the company added 114 new customers.

Fastly has experienced this tremendous growth as companies are looking to make their online offerings even faster and more reliable during the coronavirus pandemic. The lockdowns from a few months ago and the millions of workers now doing their jobs from home means companies are looking for any way possible to make online experiences the best they can be. That’s why it’s no surprise that Slack, TikTok, Shopify, GitHub, and Pinterest all look to Fastly to improve their online user experiences.

Slack’s share price is up 187% over the past 12 months, which is actually down from some of its meteoric highs from just a couple of months ago. But investors need to keep a long-term perspective with this stock. The company already has an impressive list of customers and it’s continually adding more. With the coronavirus forcing many people to work online more than ever before — and to spend more of their leisure time online, too — Fastly will likely continue to be a go-to service for many companies.

The market may continue to be volatile as the U.S. economy tries to find its footing in the coming months, but investors should remember that Fastly is already firmly established in its niche. The company will likely continue growing in the coming years and bring investors significant gains as it does. 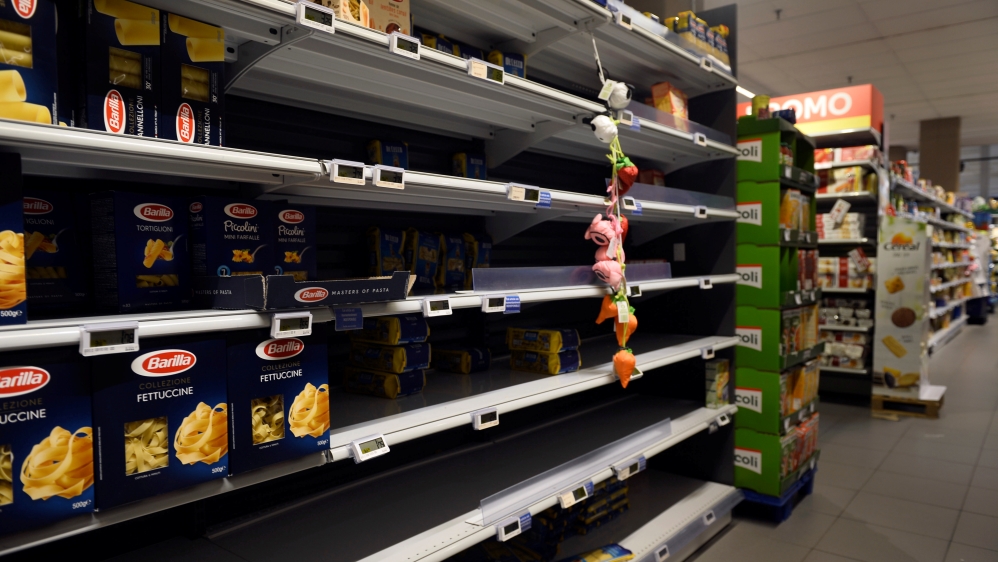