Investors seeking to beat the market should take a long and hard look at biotech stocks. That’s especially true during times when there’s a lot of uncertainty for the economy and the stock market — like now. There’s too much to like about Vertex Pharmaceuticals (NASDAQ:VRTX) for it not to top the list. The company is highly profitable. It’s growing fast and should continue to do so. And it has practically no competition.

Vertex focuses primarily on treating cystic fibrosis (CF) right now. The big biotech markets the only approved CF drugs that address the underlying cause of the genetic disease. Last year, Vertex raked in nearly $4.2 billion in sales with earnings of nearly $1.2 billion.

Those figures will undoubtedly be much higher in 2020 for three reasons. First, Trikafta kicked in sales of more than $895 million in Q1, its first full quarter on the market in the U.S. Second, Vertex should win European approval for Trikafta this year. Third, the company secured additional reimbursement deals that should pave the way for higher international sales of its other CF drugs. Meanwhile, no other company has a competitive CF drug past phase 2 clinical testing, giving Vertex a monopoly in CF for now.

Vertex is also expanding beyond CF, with phase 2 programs targeting pain, alpha-1 antitrypsin deficiency (AATD), and APOL1-mediated kidney diseases. It partnered with CRISPR Therapeutics on gene-editing therapy CTX001, which is currently being evaluated in treating rare blood diseases beta-thalassemia and sickle cell disease. Vertex’s 2019 acquisition of Semma Therapeutics gave it a promising gene therapy that holds the potential to cure type 1 diabetes. The company plans to advance this candidate into phase 1 testing by early 2021.

Sure, Bristol Myers Squibb (NYSE:BMY) is typically viewed as a big pharma stock rather than a biotech stock. But the drugmaker’s acquisition of Celgene last year qualifies it as a biotech — and a really attractive one.

Bristol Myers Squibb also boasts an impressive pipeline. It hopes to pick up additional approved indications for several existing drugs, including Eliquis, Opdivo, and Zeposia. The company has especially high expectations for late-stage CAR-T therapies ide-cel and liso-cel, both of which the Celgene acquisition brought to the table for BMS.

On top of all of this, BMS also offers investors another big bonus with its solid dividend. Its dividend currently yields close to 3%. With the potential for the company to deliver earnings growth in the high teens over the next five years, this stock looks like a great pick for June.

Unlike Vertex and Bristol Myers Squibb, Madrigal Pharmaceuticals (NASDAQ:MDGL) doesn’t have any approved products on the market. It’s not profitable. So Madrigal is a lot riskier than my other two top biotech picks for June. However, I like its long-term prospects.

Madrigal’s sole drug in clinical testing is resmetirom (MGL-3196). The company is evaluating the drug in late-stage studies targeting nonalcoholic steatohepatitis (NASH). In addition, Madrigal has another experimental drug, MGL-3745, in preclinical testing for treating NASH and hyperlipidemia (high cholesterol or triglycerides).

The biopharmaceutical company reported promising new data in April from its late-stage studies of resmetirom. Patients receiving the drug had at least 50% (and some more than 60%) reductions in liver fat. Also, new analyses of phase 2 data showed that resmetirom was associated with a 64% NASH resolution.

There currently aren’t any approved drugs for treating NASH, although Intercept Pharmaceuticals hopes for Ocaliva to become the first this year. Estimates for how big the NASH market could be are all over the map, but several drugmakers think it could be in the ballpark of $35 billion. If Madrigal achieves success with resmetirom — and I suspect it will — the stock will be worth a whole lot more than its current market cap of close to $1.8 billion. 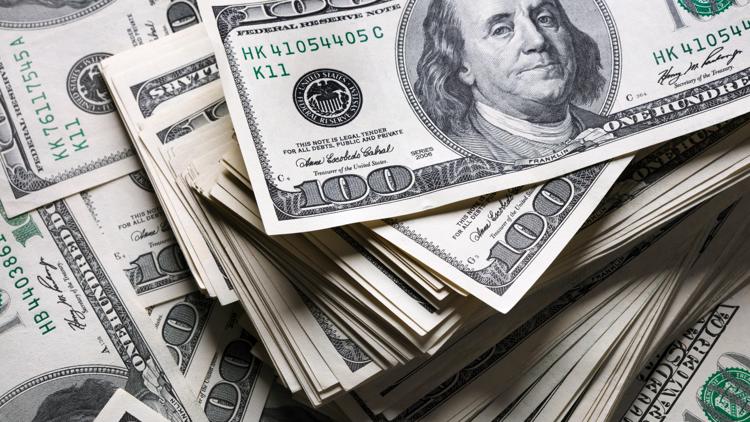 Scammers are hoping to cash in on your coronavirus stimulus check