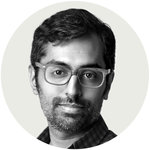 The Transportation Department said late Friday that it would tentatively allow 15 airlines to stop flights to about 60 mostly small and midsize cities, though none of the destinations stand to lose service entirely.

The destinations are mostly in secondary markets where airlines have said there is little demand for flights or that could be served by other nearby airports.

None of the cities would be left without service, though, because the agency granted exemptions only if other airlines still flew to them, it said. The Transportation Department also said it reserved the right to revoke any decision if it resulted in “inadequate capacity or connectivity” to a destination.

The decision is rooted in the federal stimulus passed in late March, known as the CARES Act. Under that law, any airline that received federal assistance, including all of the major carriers, is required to maintain a minimum number of flights to locations that it had served before the pandemic erased virtually all demand for air travel. But the law also allowed the Transportation Department to grant exceptions, which it has done regularly for weeks.

The agency said it would review any objections or comments on its decision filed before 5 p.m. next Thursday.

The outbreak has created a devastating crisis for the aviation industry, worse than the impact of the Sept. 11, 2001, terrorist attacks or the financial crisis a decade ago. Demand for flights started to plummet in March. By mid-April, airlines on average were transporting about 95 percent fewer passengers than they were the year before.

This week, several airlines said they had started to see some recovery in demand, but warned that it could be fleeting.

“We have seen a little bit of a bounce off the bottom, but my caution is to not draw too much in the way of conclusions,” Paul Jacobson, Delta’s chief finance officer, said on Tuesday.

On Thursday, the Transportation Security Administration screened fewer than 320,000 passengers and airline and airport workers at its security checkpoints in airports nationwide, or fewer than 12 percent of those screened a year ago.

Most experts and industry executives say they expect it to take several years before the industry sees demand return to pre-pandemic levels.