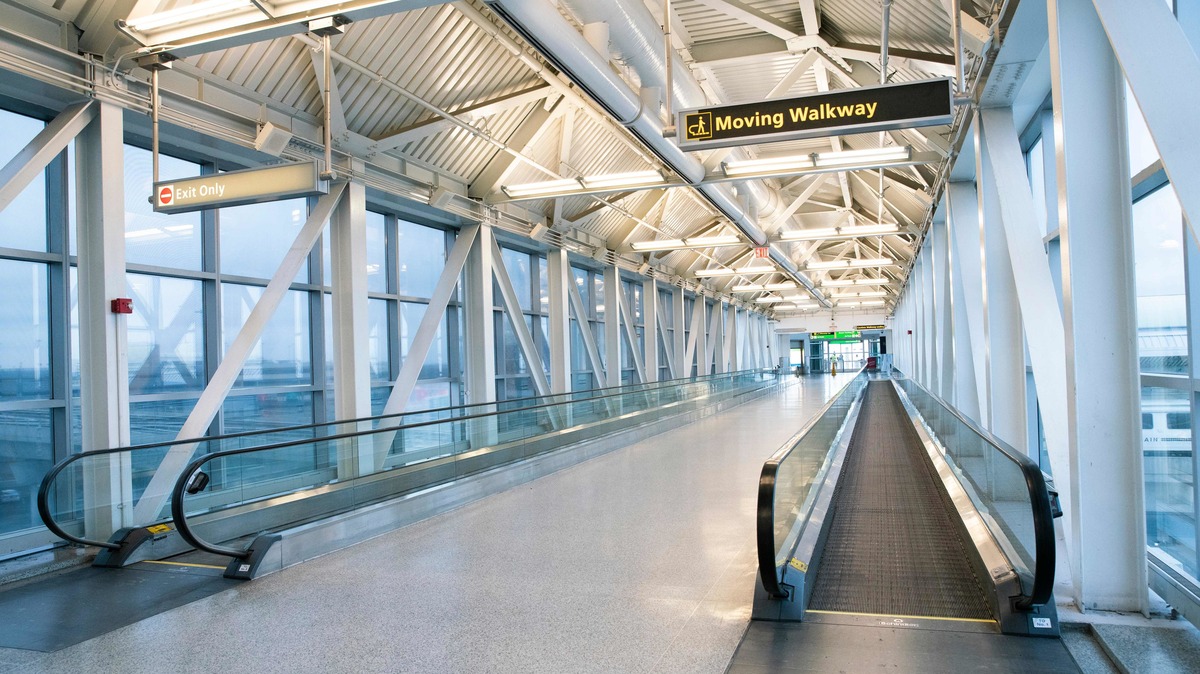 Airports around the world are a lot quieter these days, with hardly anyone flying because of travel restrictions to help slow the spread of the coronavirus.

And some of the nation’s busiest airports are about to get even quieter, as airlines slash service this week into and out of the three major New York City area airports.

According to airline industry observers, for the first time since the 1940’s, American will not have a nonstop flight from New York City to Los Angeles.

United Airlines is cutting the number of flights into and out of the region to 17 a day, 15 of those from its hub at Newark, and just 2 from LaGuardia (United doesn’t fly from JFK).

READ MORE:   Coronavirus: Nearly a third in the US didn’t pay rent this month, report says

JetBlue, which has a hub at JFK, has eliminated 80% of its flights there. Spirit has suspended all service to and from the NYC area.

Delta will have the busiest flight schedule with 51 daily departures from the three airports; 29 from JFK,15 from LaGuardia and 7 from Newark.

The airlines say the reduction in flights is due to a combination of the high number of coronavirus cases in the New York metro area, an effort to minimize employees’ potential exposure to the virus and the sharp reduction in demand.

American spokesperson Ross Feinstein said in a tweet that the airline’s busiest flight out of LaGuardia Sunday “only had 27 passengers (on a 737-800 with 172 seats). Let’s just say that flight boarded quickly. But not as quickly as the nine flights from JFK/LGA with one passenger on each.”

Most of the service cuts are in effect until early May.

Coronavirus and the bills: How to stay afloat financially

Apple Is Closing Some U.S. Stores Again in States With Rising Coronavirus Cases

SoftBank selling $14B in Alibaba shares