The screenshot of an email from a customer said it was “disturbing” and “offensive” that Amazon posted a message on its website in solidarity with the movement. The customer’s name was blurred, but he used the phrase “ALL LIVES MATTER!” which is considered offensive by many, as it seeks to supercede the intended message.

“I have to disagree with you,” Bezos said to the customer.″‘Black Lives Matter’ doesn’t mean other lives don’t matter. Black lives matter speaks to racism and the disproportionate risk that Black people face in our law enforcement and justice system.”

Bezos said he doesn’t have to worry that his son “might be choked to death while being detained one day. I want you to know I support this movement that we see happening all around us and my stance won’t change,” said.

On Wednesday, Amazon announced it would donate $10 million to social justice organizations. Along with that, the company issued a tweet that said the “inequitable and brutal treatment of Black people” must stop.

Social Security Benefit Cuts May Be Coming, but Here’s Why They May Not Hurt You

Amazon Is Said To Be In Talks To Buy Bankrupt J.C. Penney 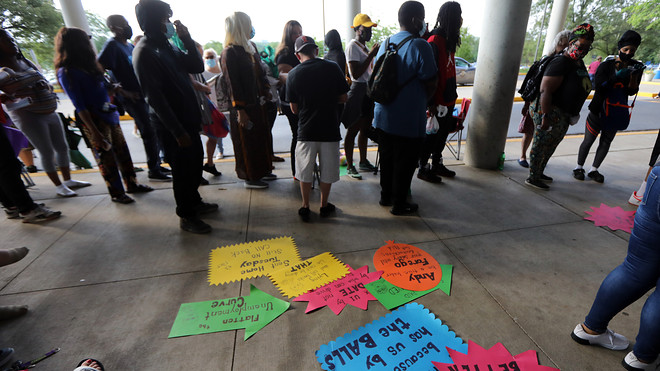 How Not to Panic During This Earnings Season