The Boeing logo is pictured at its Renton Factory, where the Boeing 737 MAX airliners are built in Renton, Washington on April 20, 2020.

Boeing on Thursday said it wouldn’t seek federal aid after raising a whopping $25 billion in a bond offering, the company’s biggest debt sale ever, as it faces what it expects to be a multi-year slump in air travel because of the coronavirus pandemic.

“As a result of the response, and pending the closure of this transaction expected Monday, May 4, we do not plan to seek additional funding through the capital markets or the U.S. government options at this time,” it said in a statement.

Boeing last month sought $60 billion in federal aid for itself and its supply chain, which includes General Electric and Spirit Aerosystems.

The $2.2 billion in federal coronavirus relief Congress approved last month set aside $17 billion in federal loans for companies considered of national security interest, a bill Boeing fits. Boeing’s CEO Dave Calhoun has balked at the possibility of providing the government an equity stake in return for federal aid, but this week said all options were on the table.

When asked whether the company would apply for government loans Calhoun told CNBC this week that “credit markets loosened up a fair amount” recently after a number of stimulus programs.

The seven bonds in the sale announced Thursday range of maturities from three years to 40, the company said.

CFO Greg Smith, in a company post about the bond offering thanked the Trump administration for the recent stimulus measures and called investors’ response to Boeing’s debt sale “a testament to the confidence the market has in our business, our people, and our future.”

Both Boeing and its main rival Airbus are facing their biggest crises ever as demand for new jets has evaporated in the pandemic and they burn through cash. The dismal environment for new passenger planes and aircraft services is making Boeing more reliant on its defense arm.

Boeing has scrambled to shore up liquidity and recently drew down a nearly $14 billion loan. CEO Calhoun told investors on Wednesday that the company is “intensely focused on ensuring liquidity through the immediate crisis.”

Boeing Wednesday reported its second consecutive quarterly loss. The company is cutting 10% of its workforce that stood at about 160,000 people at the end of last year and slashing production of planes including the 787 Dreamliner. Calhoun this week said it would likely take two to three years for travel demand to get back to 2019 levels.

The pandemic is a new crisis for the company that was already struggling from the fallout from two deadly crashes of its 737 Max that killed all 346 people on the flights. The plane has been grounded by regulators around the world since March 2019 and it isn’t clear when it’ll be cleared to fly again.

Some 737 Max buyers, such as Southwest Airlines, are deferring orders but Boeing is also logging an increasing number of cancellations of the planes, which had been its best selling aircraft. 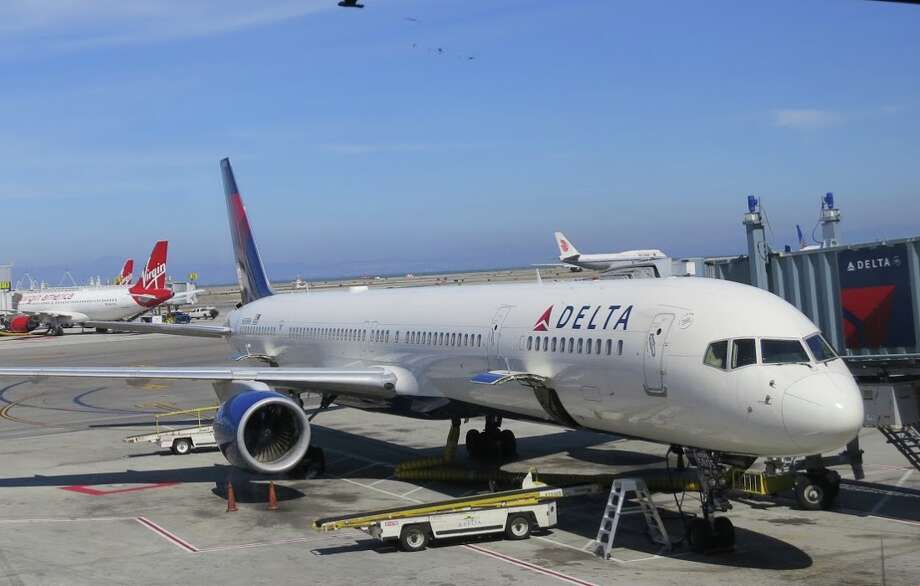 Delta temporarily stops all flights to and from Oakland airport

Coronavirus and shopping for supplies: Getting to the bottom of the toilet paper shortage

Here are the companies mass hiring during the coronavirus pandemic