Mr. Fountain, a longtime science reporter for The Times, made sourdough bread this week and reports that it was delicious.

Ione Christensen has been baking breads and making pancakes for most of her 86 years, using sourdough starter, a bubbling brew of wild yeast she has kept alive since her mother gave her a batch.

That was six decades ago, which makes Mrs. Christensen, a Canadian former senator from Whitehorse, Yukon, one of the most experienced wild yeast wranglers around.

But even a tenderfoot can easily corral yeast and put it to use, because yeast is everywhere. The microbes, which consist of a single cell, are found on grains, fruits, vegetables, even human skin. “The truth is, out there in the natural world, most surfaces contain yeast,” said Martin Philip, a baker at the King Arthur Flour Company in Vermont.

These days tenderfoots are everywhere, too. A lot of people stuck at home because of the coronavirus pandemic are trying their hands at bread baking. So many people are cranking out loaves that those small packets of baker’s yeast have disappeared from many grocery store shelves.

But that’s domesticated yeast, anyway, a strain of Saccharomyces cerevisiae that, like poodles or chrysanthemums, has been bred for specific characteristics. Making a sourdough starter of wild strains of S. cerevisiae or other yeasts is a little more challenging than conventional baking, but well within the capabilities of anyone with a little patience and a lot of time.

“There’s still some people who think there’s some alchemy involved,” Mr. Philip said. “You don’t need to take a bowl out and hold it under a full moon.”

Sourdough starters like the one Ms. Christensen uses are made from a simple recipe: water mixed with flour or potatoes, dried fruit or many other ingredients. The wild yeast starts feasting on the sugars in the flour, producing alcohol and carbon dioxide gas.

While it is true that yeast is everywhere, research has shown that for a starter made from flour and water, for example, the yeast primarily comes from the flour and not from the general environment, said Ben Wolfe, a microbiologist at Tufts University.

The wild yeast may be one or more strains of S. cerivisiae, but there may be other species as well, depending perhaps on where the flour or other dry ingredient was grown or where it was stored. “There’s a lot of diversity,” Dr. Wolfe said, which can affect dough rising or flavor.

But sourdough would not be sour without a second and equally important element: bacteria, specifically the kind that feed on the sugars to produce lactic acid and other organic acids that give the bread its tang. These, too, are found on the flour or other dry ingredients.

The yeast and bacteria have evolved a form of metabolic cooperation. “They’ve figured out how to work together,” Dr. Wolfe said.

There are some bad bacteria present as well, the kind that can cause food to spoil, but the acidic environment of the growing culture greatly reduces their number. And baking has a final “kill step,” Mr. Philip said — heat in the oven that will destroy good and bad microbes alike.

Mixing the initial ingredients of a starter is easy, and the next steps don’t get any harder.

Every day or so the yeast and bacteria need to be nurtured, by stirring in a bit of food (flour, even if the initial dry ingredient was something else) and water. After a week to 10 days sitting in a bowl or jar at room temperature, the mixture is likely bubbly and sour-smelling and ready to be harvested, a few ounces at a time, to start a bread dough or pancake batter. The remainder gets another feeding and can be refrigerated if it won’t be used for a while.

[Here’s another method from NYT cooking, featured in The Slow Route to Homemade Pizza.]

Ms. Christensen didn’t have to begin her starter since it came from her mother. But she has kept it alive for 60 years. These days she uses it to make pancakes or waffles once a week. “Then I put it in the fridge and it just goes to sleep,” she said.

Her mother got the starter from her mother, whose husband arrived in the Yukon during the Klondike gold rush of the 1890s. Family lore has it that Ms. Christensen’s grandfather got it from some prospectors from California who had first prepared it during the gold rush in that state decades before.

Dr. Wolfe said while it’s impossible to prove that a sourdough has such ancient origins, it’s theoretically possible. The cooperation that has evolved between yeast and bacteria makes sourdough cultures very stable. “They persist, even with a little bit of neglect,” he said.

Ms. Christensen says she plans to have her starter persist long after she’s gone.

She has one grandchild, a 9-year-old boy. “He has been told that he is going to have to be the keeper of the sourdough,” she said, “because there’s no one else to pass it on to.”

Jim Cramer: This is a bad time for a trade war with China 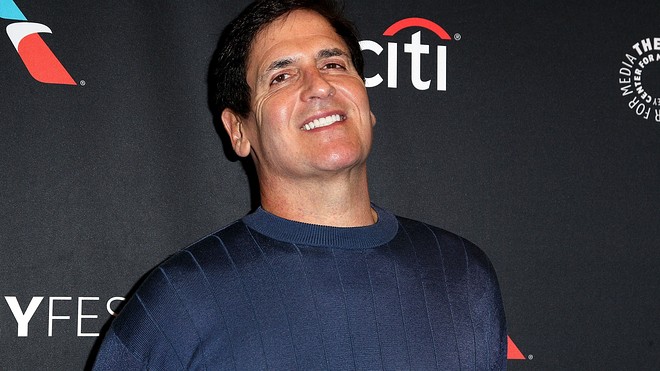 Mark Cuban says families should get $1,000 in stimulus checks every two weeks — with one big catch