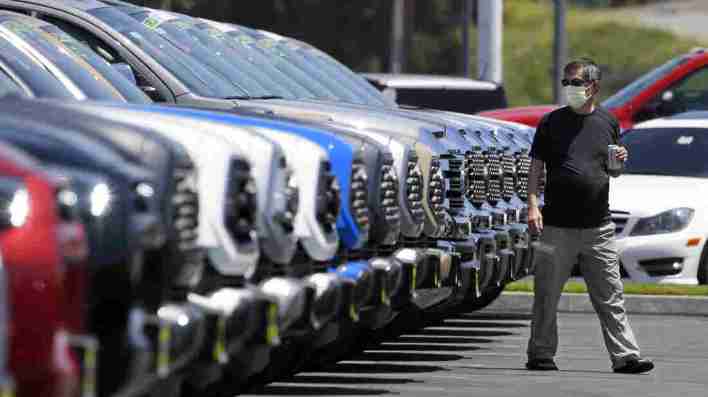 A customer looks at trucks at a Toyota dealership in El Monte, Calif., on Friday. Car sales have been recovering for several weeks, despite the continuing coronavirus outbreak. 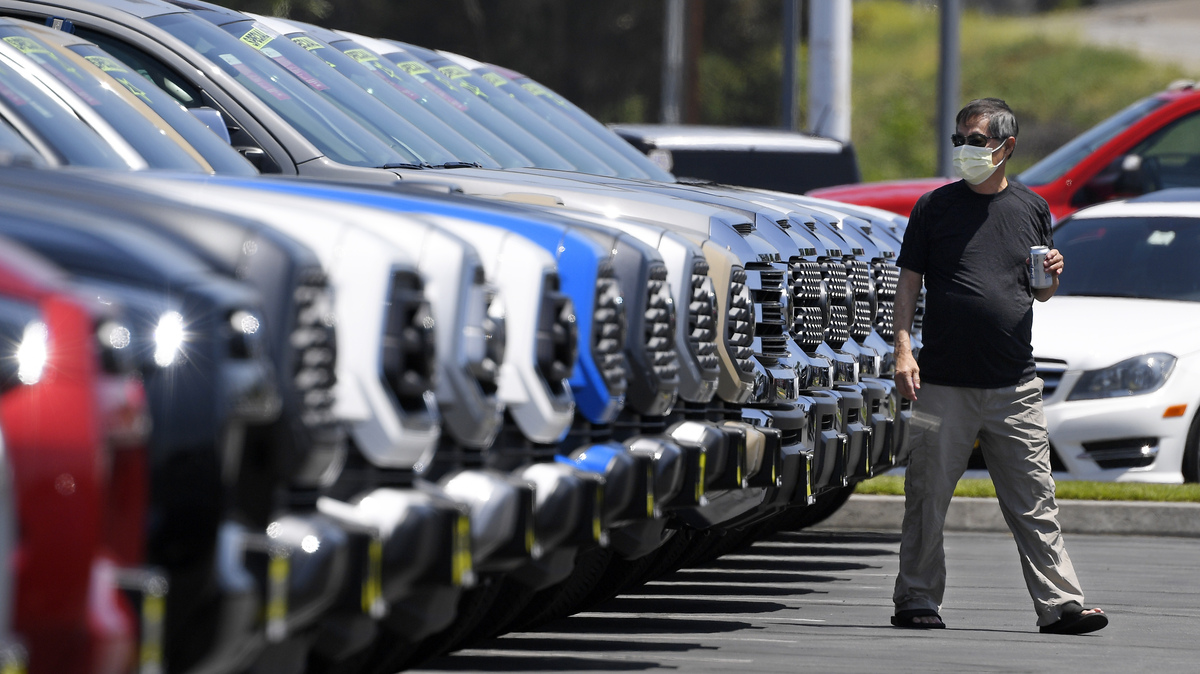 A customer looks at trucks at a Toyota dealership in El Monte, Calif., on Friday. Car sales have been recovering for several weeks, despite the continuing coronavirus outbreak.

Unemployment is mounting. The economy keeps falling deeper into a recession — or worse. The coronavirus continues to spread. But car sales, surprisingly, are climbing.

Auto sales tanked in March — to 80% below their expected levels. And they remain well below normal. But while much of the economy continues its free fall, car sales have been on the rise for six straight weeks, according to data from J.D. Power.

The steady improvement is fueled, in part, by big incentives for customers who can afford to buy. Dealers are promoting 0% loans for as long as seven years.

“To be honest, I’ve never really seen incentives like these,” she says.

And consumers are paying attention. In April, no-interest loans accounted for a remarkable 26% of new car sales, she says.

“Auto companies are really faced with the challenge of pulling out all the stops to try to capture the small market that is actually willing to buy cars — because we know that it’s not a large one right now,” she says.

That market is smaller, of course, because the ongoing economic crisis has many would-be buyers either unable to afford a new car, or understandably reluctant to make a big-ticket purchase given the economic risks they face.

Nina Erlich-Williams, of Corvallis, Ore., has been thinking of buying a new car for a while. Her family’s 2007 Honda Pilot is both a gas guzzler and “a bit of a money pit,” she says.

She’d like to get a plug-in hybrid, for environmental reasons, and has been saving up for a down payment. But with the coronavirus crisis, she and her husband feel that it’s wiser to hang on to that cash for now. They run a small PR firm that works with nonprofits, and are expecting a lot of lost business in the months ahead.

“I think right now we’re just sort of in suspended animation as we wait to see what happens with the economy,” Erlich-Williams says.

On the other hand, those huge promotions are clearly pulling some buyers in, despite the economic uncertainty.

Avery Hoppa, of Hanover, N.H., got an email from her local Volkswagen dealership advertising 0% APR for 72 months and no payments for 6 months.

Hoppa’s family’s income has not been reduced by the pandemic; she’s a nurse and her husband a professor. They’d been thinking about buying a bigger vehicle for a while, but put it off when they had to fix their leaky roof. Besides, their VW Golf SportWagen drove just fine.

Then came that email, and in less than two hours, they’d decided they couldn’t say no to that deal.

READ MORE:   Amazon Is Said To Be In Talks To Buy Bankrupt J.C. Penney

“My husband and I were like, ‘This is it! This is the moment we were waiting for,’ ” she says. After negotiating by phone and email, followed by a socially distanced trip to the dealership, Hoppa’s family now owns a three-row Tiguan.

Someday, it’ll cart around carpooling kids and visiting grandparents. For now? “Well, it’s doing a lot of sitting in our driveway,” Hoppa says.

Like a lot of us, that SUV isn’t going anywhere.

And eye-popping incentives on new cars might be sticking around for a while, too, if the economy continues to be stuck in suspended animation.