China on Wednesday announced that manufacturing activity expanded in the month of September as the world’s second largest economy continued to show signs of recovery from the coronavirus pandemic.

The official manufacturing Purchasing Manager’s Index (PMI) for the month of September came in at 51.5 as compared to 51.0 in August, according to the National Bureau of Statistics.

Analysts polled by Reuters had expected the official manufacturing PMI to come in at 51.2 in September.

Official services PMI came in at 55.9 for the month of September as compared to 55.2 for August.

China’s manufacturing sector was hit earlier this year as factories shut due to large-scale lockdowns to contain the coronavirus pandemic.

But economic data out of China point to resilient exports and stimulus-led infrastructure expansion.

The strong September data was due to the simultaneous recovery of both supply and demand, wrote Zhao Qinghe, a senior statistician at the National Bureau of Statistics.

The week-long Golden Week holidays, which start on Thursday through to Oct. 8, could have helped as factories quickened production before the break, said Ting Lu, chief China economist at Nomura before the data release.

The long holiday also spurred consumer demand, added Zhao at the statistics bureau, according to a CNBC translation.

In particular, the production and new orders for food, alcohol, beverage and tea expanded at a faster clip in September when compared to August, Zhao added.

Separately, a private manufacturing survey also showed manufacturing activity expanding in September with the Caixin/Markit PMI coming in at 53.0.

Analysts polled by Reuters expect the Caixin/Markit PMI for September to come in at 53.1 — the same level as August.

Surveyed enterprises said that the fallout from the epidemic was gradually fading, and orders were rapidly increasing.

The private survey features a bigger mix of small- and medium-sized firms. In comparison, the official PMI survey typically polls a large proportion of big businesses and state-owned companies.

The Caixin/IHS subindex for total new orders rose to its highest level since January 2011 and the gauge for new export orders climbed to the highest in three years.

“The strong demand facilitated a recovery in production, with the output subindex staying high,” wrote Wang Zhe, senior economist at Caixin Insight Group. “Surveyed enterprises said that the fallout from the epidemic was gradually fading, and orders were rapidly increasing,” Wang added.

While the strength of the manufacturing sector will take pressure off policymakers, the job market in China remains “worrisome,” he said.

“The improvement in employment relies on a longer-term economic recovery and a more stable external environment. In the near future, great uncertainties remain about the overseas pandemic and the U.S. presidential election,” Wang wrote. 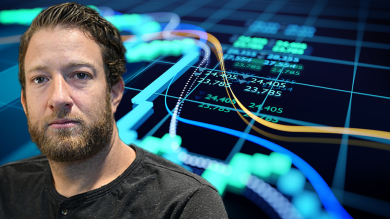