LONDON: The three Chinese banks to whom Anil Ambani owes more than $716 million (Rs 5,276 crore), as well as significant legal costs, have decided to pursue their rights against him on his worldwide assets, following the beleaguered Reliance Group chairman’s English high court cross-examination on Friday.
Once the world’s sixth-richest person, Ambani was ordered by a UK court on May 22 this year to pay $716 million (Rs 5,276 crore) including interest and £750k (Rs 7.04 crore) in legal costs to the Industrial and Commercial Bank of China, Export-Import Bank of China and China Development Bank. By June 29, the debt he owed, after taking accrued interest into account, had risen to $717.67 million.

Bankim Thanki QC, representing the banks, told the commercial court of the UK high court on Friday that Ambani was “fighting tooth and nail to prevent having to pay us a penny.”

After Friday’s hearing, the banks issued a statement saying they intend to pursue enforcement action and all available remedies against Ambani. “The banks will use the information from the cross-examination to pursue all available legal avenues to protect their rights and recover the outstanding loans owed to them,” the statement said.
It is understood that the Chinese banks are not currently pursuing enforcement against Ambani’s assets in India owing to the State Bank of India’s insolvency proceedings against Ambani, that are currently stayed by Delhi high court.
It is expected the banks will start taking enforcement action against his assets outside of India based on his disclosures in his affidavit.
On 29 June 2020, the high court ordered Ambani to file an affidavit setting out his all of his assets worldwide exceeding US$100,000 (around Rs 74 lakh), whether or not they are in his own name, and all documents in his control, that relate to his means of paying the judgment order.
Those documents were to include his income and outgoings, assets and liabilities, bank statements, share certificates, balance sheets and profit and loss accounts for all his businesses and evidence of all his trusts, including family trusts, in which he is named as a beneficiary. The court also ordered him to attend court via videolink on Friday and “answer on oath all the questions the judgment creditor asks”.

Minutes before his cross-examination, he successfully obtained an order that his financial documents should not be available to third parties, but failed to get his cross-examination heard in private, despite making an application for this.
Following the hearing, deputy master Jervis Kay QC ordered him to pay an additional £140,000 (Rs 131 lakh) “on account” towards the banks’ legal fees for the cross-examination hearing whilst a detailed costs assessment is made.
The banks were also awarded their legal costs in defending the unsuccessful privacy application. The exact amount Ambani will have to pay for that is subject to further submissions, but the banks are seeking £34,000 (Rs 31 lakh).
After the hearing a spokesperson for Ambani said: “Mr. Anil Ambani has always been a simple man of simple tastes, contrary to exaggerated perceptions of his flamboyance and lavish lifestyle. He is devoted to his family and company; an avid marathon runner; and deeply spiritual. He is also a lifelong vegetarian, teetotaller and non-smoker who would much rather watch a movie at home with his kids than go out on the town. Reports that suggest otherwise are completely misleading.”
The dispute arose over a loan the three Chinese banks gave to Reliance Communications (RCom) in 2012 for $925 million (Rs 6,817 crore). RCom initially paid the loan repayments and then started defaulting.
The Chinese banks claim Ambani, former chairman of RCom, provided a personal guarantee for the loan up to the value of $925 million. He denied the guarantee was binding on him. However, the high court in its summary judgment on 22 May 2020 upheld the banks had established their claim that the personal guarantee was binding on Ambani “far and beyond the standard of the balance of probabilities”.

Hydroxychloroquine: US revokes emergency approval of malaria drug for Covid-19 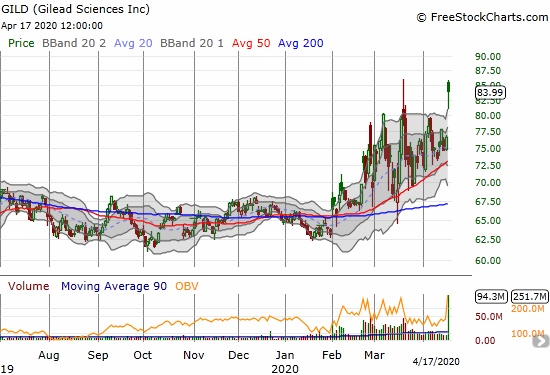