FOX Business’ Jeff Flock reports on how airlines are faring during the coronavirus outbreak and how the industry responded to Director of the National Institute of Allergy and Infectious Diseases Dr. Anthony Fauci saying he wouldn’t fly or eat at restaurants right now.

Travelers who refuse to follow protective face masks or covers during the coronavirus pandemic may risk their chance to get on their favored major airline.

This news comes days after Alaska Airlines announced it was making face covers mandatory for any passenger over the age of two and will even issue warnings or suspend future travel for a period of time if there is non-compliance. The new protocol has been in effect since Aug. 7.

Major airlines introduced mandatory mask policies several months ago and some are keeping an internal list of names of passengers who have refused to comply.

An American Airlines spokesperson told FOX Business that the company “has added some customers to that list,” which is a policy that has been in effect since June 16.

People check in at the American Airlines counter in the Fort Lauderdale-Hollywood International Airport on July 16, 2020 in Fort Lauderdale, Florida. (Photo by Joe Raedle/Getty Images)

“American already enforces this policy at the gate and will deny boarding to customers who don’t comply. American now may also deny future travel for customers who refuse to wear a face covering,” a press release issued around the time of the policy update reads. “American made this change after working in conjunction with Airlines for America on an industrywide response.”

Delta Air Lines added an involved “Clearance-To-Fly” process in July for passengers who believe they have an underlying health condition that prevents them from wearing a mask. Exemptions are granted to passengers after they receive a consultation and clearance from the University of Pittsburgh Medical Center. Although the process exists, the Delta is still encouraging passengers to reconsider travel by air if they can’t wear a mask, according to an internal memorandum from July 23.

In this July 22, 2020 photo, a ticketing agent for Delta Airlines hands a boarding pass to a passenger as he checks in for a flight in the main terminal of Denver International Airport in Denver. (AP Photo/David Zalubowski)

The correspondence, which was viewed by FOX Business, stated that Delta had banned 120 passengers from future travel with the airline because they refused to wear a mask while onboard.

Frontier Airlines is also keeping track of which passengers who won’t follow the company’s mask guidelines.

A passenger, left, checks in with an agent at the ticketing counter for Frontier Airlines at Denver International Airport, Sunday, May 3, 2020, in Denver during the coronavirus outbreak. (AP Photo/David Zalubowski)

“We are maintaining a record of passengers who refuse to comply with crew member instructions by not wearing a mask and are placing them on a list that precludes them from flying with us in the future (typically for a specified period of time),” a spokesperson at Frontier wrote to FOX Business.

Southwest Airlines can ban passengers as well for not complying with its mask policy but the airline told FOX Business that its “approach” is to inform customers prior to travel to prevent people from boarding without personal protective equipment.

“As of June 16, Customers must acknowledge our mandatory face covering requirement via Southwest’s Customer Health Declaration which is presented during the online check-in process on the Southwest app, Southwest.com, and Southwest’s mobile website,” a spokesperson at Southwest wrote to FOX Business via email. “Southwest also communicates this policy in pre-trip communications and expects compliance to this policy to prevent the need to ban a Customer from future travel.”

JetBlue, Spirit Airlines and United Airlines did not immediately return FOX Business’ request for comment on whether mask-related travel bans can or will be enforced in a post-coronavirus world.

A Jetblue Airways Airbus A320 with the registration N595JB taking off from Fort Lauderdale Airport (FLL) in the United States. Jetblue is an American low-cost airline and the fifth biggest airline in the US with its headquarters in New York. (iStock)

However, JetBlue has strengthened its face covering policy this week by no longer allowing passengers to claim exemptions.

Likewise, Spirit Airlines will not allow passengers who do not wear a face mask onto their aircrafts. Exemptions only exist for infants who are two-years-old or younger.

“If a Customer is unable to wear a face covering for any reason (even a verifiable medical condition), we regret that we are unable to transport the Customer at this time, due to safety risk of asymptomatic COVID-19 transmission by Customers without face coverings,” the airline’s current safety measures say.

United’s most up-to-date travel notice states that masks are mandatory for all passengers who are older than two.

“A face shield alone does not count as a face covering. Travelers who aren’t wearing their face coverings in the airport or on board may be refused transport and could also lose their travel privileges on future United flights,” the airline’s notice reads. “Children younger than 2 years old are exempt.” Planes turn around mid-air because of flight restrictions over coronavirus 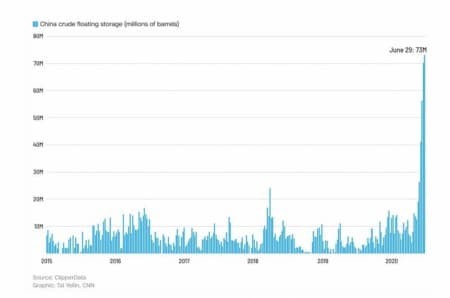 The Most Desirable Crude Oil On The Market