COVID-19 has caused numerous retail chains to close temporarily, including Apple, Macy’s and Nike. Here is a look at some of the closures.

Note: This story has the latest information on store closings and changes in hours. To see the previous version of this story click here.

Retailers across the nation continue to trim store hours – some because of curfews and others to focus on deep cleanings and restocking – while others are closing stores temporarily.

The latest stores to announce they are closing all locations due to COVID-19, or the spread of coronavirus, include: Macy’s, Sephora, Nordstrom, H&M, DSW, Bath & Body Works, Victoria’s Secret and Ralph Lauren. Apple, which previously announced it would close stores for two weeks, said Tuesday that stores will be remain closed until further notice.

Some stores have reduced hours including Home Depot, Kohl’s and Walgreens. J.C. Penney originally reduced hours, but said that it was now closing all stores starting at 7 p.m. local time Wednesday.

Simon Property Group announced Wednesday that it was closing its malls through March 29.

Save better, spend better: Money tips and advice delivered right to your inbox. Sign up here

And grocery and discount stores continue to shorten hours with several chains now dedicating time in the morning for seniors, pregnant women and high-risk groups to shop.

Target announced Tuesday that starting Wednesday its more than 1,800 stores will close no later than 9 p.m.

Ulta Beauty will close its stores starting at 6 p.m. Thursday, March 19 until at least March 31, the company announced Tuesday. A list of stores, which are already temporarily closed, is available on its website.

Hours can vary by location and the following are the latest hours at the time of posting. Check websites for your closest location to confirm. Some may also have automated phone messages if you call.

Aldi: 9 a.m. to 7 p.m. daily, but the company notes some stores may have limited hours to accommodate restocking and cleaning.

Albertsons: Stores are opening one hour later and closing one hour earlier to give staff time to restock shelves with food and other essential items, the company confirmed to The Arizona Republic, part of the USA TODAY Network.

Bashas’ Supermarkets: Hours are temporarily 6 a.m. to 9 p.m., but some may vary.

BI-LO: All stores will close at 9 p.m. “until further notice,” the grocer announced.

City Market: Temporary hours are 7 a.m. to 8 p.m. for the Kroger brand with locations in Colorado, Utah, New Mexico and Wyoming.

Fareway Meat & Grocery: Starting Wednesday and until further notice, stores will open to shoppers 65 and older, expecting mothers and those with “increased susceptibility to serious illness” from 8 to 9 a.m. Monday through Saturday. Stores will be open from 9 a.m. to 7 p.m. for the general public.

Food Town: 8 a.m. to 8 p.m., but the Texas-based retailer will open stores an hour early to allow those 65 and older to shop. Access to the store during the hour will require a government-issued state ID or Texas drivers license.

Fred Meyer: According to the Kroger website, stores are open regular hours.

Fresh Market: The grocer, which has 159 stores in 22 states, is reserving the first hour stores open, from 8 to 9 a.m. for “seniors and those most at risk” Monday through Friday.

READ MORE:   Amazon Flex drivers won’t be paid if they have to stay home due to coronavirus

Gelson’s: Hours vary but most stores close at 8 p.m. Find hours at www.gelsons.com/updatedhours.

Giant Eagle: The grocer said in a news release that starting Sunday, its flagship and Market District supermarkets will be open 7 a.m. to 10 p.m., seven days a week. All GetGo stores adjacent to supermarkets will mirror the supermarket hours.

Harris Teeter: Stores close at 9 p.m. each night until further notice, the grocery chain posted on its website. Starting Thursday, stores will close at 8 p.m.

Harveys Supermarket: All stores will close at 9 p.m. “until further notice,” the grocer announced.

UPDATE: To better serve our customers, give our store teams time to conduct additional preventive sanitation and restock product on shelves, beginning 3/18, we will adjust store hours companywide temporarily: https://t.co/oxrccnBKwWpic.twitter.com/8Z9dVqW0vf

Kroger: Hours vary by location for namesake stores and subsisidaries and are posted on their website.

Northgate González Market: 8 a.m. to 8 p.m., but the Southern California Latino market has started a special hour of shopping for the disabled and seniors 65 and older from 7 to 8 a.m. at its 41 locations.

Publix: All stores will be open from 8 a.m. to 8 p.m., a change from the previously reduced hours, according to the grocery store chain’s website. Pharmacy hours are 9 a.m. to 6 p.m. and regular hours Sunday.

More than ever, it’s important we come together as a community to serve those in need, including advocating for our seniors. Beginning 3/19, all Stop & Shop stores will open earlier from 6:00AM-7:30AM daily to serve customers who are age 60 and over only. https://t.co/qmZhPUnlpJ

Safeway: Stores are opening one hour later and closing one hour earlier to give staff time to restock shelves with food and other essential items, the company confirmed to The Arizona Republic, part of the USA TODAY Network.

Tops: 6 a.m. to 11 p.m.Closing hours will remain the same at stores that already close at an earlier time.

Trader Joe’s: All stores will be open 9 a.m. to 7 p.m. until further notice, the company posted on its website.

We’re so proud of our Target teams working to keep stores open for guests during this challenging time. Read about our latest efforts, including new reduced store hours to add time for cleaning & restocking, & dedicated shopping time for vulnerable guests: https://t.co/8sAyrJ9e56

Vallarta Supermarkets: 8 a.m. to 8 p.m. for general public. All 50 locations will be open from 7 to 8 a.m. for shoppers 65-plus, pregnant women and those with disabilities.

Walmart: Reduced hours at 24-hour stores, which are now open open 6 a.m. to 11 p.m. Other locations will also have reduced hours.

WinCo Foods: Some locations will be closed “during the early-morning hours” but store hours “are being left up to individual locations depending on need,” the grocer posted on its website.

Winn-Dixie: All stores will close at 9 p.m. “until further notice,” the grocer announced.

Whole Foods Market: Stores will close up to two hours early, the company said in an update, which notes “stores will remain open for pickup (in stores that offer it), and we will continue to fulfill Prime delivery orders in an effort to meet unprecedented demand and ensure that people who need to remain at home can still get their groceries in a timely manner.” Also stores will let customers who are 60 and older shop one hour before opening to the public.

Other stores with reduced hours

Best Buy: Starting Wednesday, store hours will be reduced to 10 a.m. to 6 p.m. local time, but the company says it “will revisit on an ongoing basis the decision to remain open with shorter hours.” Then on March 23, the company plans to use curbside pickup and limit access to stores, including only allowing 10 to 15 customers in at a time.

Dick’s Sporting Goods: The retailer has temporarily closed some locations, but is still offering curbside pick, and has reduced hours at other stores. Find the list of stores that have closed and hours at www.dickssportinggoods.com/s/covid-19updates.

Five Below: Store hours have been reduced and posted on the website.

Home Depot: Stores are now closing at 6 p.m. Opening hours have not changed.

Walgreens: Starting Thursday, most Walgreens locations, including 24-hour stores, will now be open from 9 a.m. until 9 p.m. until further notice, the company said in a news release. For stores with shorter operating hours than 9 a.m. until 9 p.m., visit the store locator for specific store and pharmacy hours. For locations with a 24-hour drive-thru pharmacy, the pharmacy drive-thru will remain open 24 hours. Pickup of other select products will also be available at drive-thru, the company said.

The following dates could change.

Adidas: All Adidas-owned and Reebok-owned stores are closed through March 29.

Apple: Stores are now closed until further notice, a change from an earlier announcement that stores would be closed through March 27.

Bath & Body Works: Stores are closed through March 29, according to a news release.

To all our athletes, teammates and friends across the world. pic.twitter.com/YvcKcLohJU

Chico’s: Stores announced the immediate closure of stores for the next two weeks starting March 17.

Claire’s: Stores are closed through March 27.

Coach: All stores closed through March 27, according to an email the company sent to its email list.

Columbia Sportswear:Stores are closed through March 27.

Crate & Barrel: All stores closed for two weeks starting 7 p.m. Tuesday but will be open from noon to 4 p.m. Wednesday, March 18 for pickup of existing orders.

To protect our associates, customers, and the communities we serve, we will temporarily close all of our stores in the U.S. and Canada to the public, starting this evening, March 17.

For more information, visit us at https://t.co/H820X1PPI4pic.twitter.com/3wSwLqGgbI

Hallmark: All company-owned stores are closing Wednesday and “projected to remain closed through April 1.”

H&M: All stores are closed until April 2, the company announced Tuesday.

IKEA: The furniture chain has temporarily closed all of its U.S. stores.

J.Jill: Stores are closed through March 27 and the company says they plan to reopen stores March 28.

READ MORE:   Why homemade face masks may not protect you from coronavirus

lululemon: All North America and European stores are closed through March 27.

Lush: All 258 Lush retail stores in the U.S. and Canada are temporarily closed through March 29.

Macy’s: Stores will be closed through March 31, the company announced Monday.

Please stay safe & be well during this time ❤. If you need anything, our app & https://t.co/Jl1LkgDNOS will remain open. https://t.co/dPnmZLir1Cpic.twitter.com/MNWJiN6dF2

Microsoft: All stores are closed.

Neiman Marcus: Stores including Last call are closed through March 31.

Nordstrom: A two-week closure starts March 17 at all U.S. and Canada stores including Nordstrom Rack locations.

Patagonia: Stores closed March 13, and the company said it will reassess the situation on March 27 and provide an update.

Pottery Barn: Stores are closed and plan to reopen April 2.

A note for our Nordstrom Community during these hard times ❤️Learn more: https://t.co/fruwGPFkEupic.twitter.com/JaMBNXOqHO

Reebok: All Reebok-owned stores are closed through March 29.

REI: The company’s 162 locations are closed through March 27.

Saks Fifth Avenue: Stores, including Saks OFF 5TH locations, are expected to “remain closed for two weeks, unless otherwise instructed by government or public health officials, and we will reassess operations at that time,” Hudson’s Bay Company, the company’s parent company, said Tuesday.

Soma: The chain’s parent company, Chico’s, announced the immediate closure of stores for the next two weeks starting March 17.

Sprint: Approximately 71% of stores are closed.

T-Mobile: The company says 80% of stores are closed through at least March 31 and the remaining stores are operating on reduced hours from 10 a.m. to 6 p.m. local time.

Tommy Hilfiger: All stores are closed until March 29.

Ulta Beauty: All stores will close starting at 6 p.m. Thursday, March 19 until at least March 31, the company announced Tuesday. A list of stores, which are already temporarily closed, is available at www.ulta.com/storeupdates.

Under Armour: Stores are closed through March 28.

Urban Outfitters: The company’s stores – including Anthropologie, Free People, Terrain and Urban Outfitters namesake stores – are closed until at least March 28 because of the coronavirus, the company announced.

We’re here for you. pic.twitter.com/11YDo0mhQG

Victoria’s Secret: Stores are closed through March 29, according to a news release

West Elm: Stores are closed and plan to reopen April 2.

WW/Weight Watchers: The wellness company has closed retail locations or studios through April 4 and is launching virtual workshops. Learn more at www.weightwatchers.com.

Starbucks’ coronavirus response: Starbucks closing some locations and moving to a ‘to go’ model at other stores due to coronavirus

This story will be updated. Major retailers, submit store updates through this form. 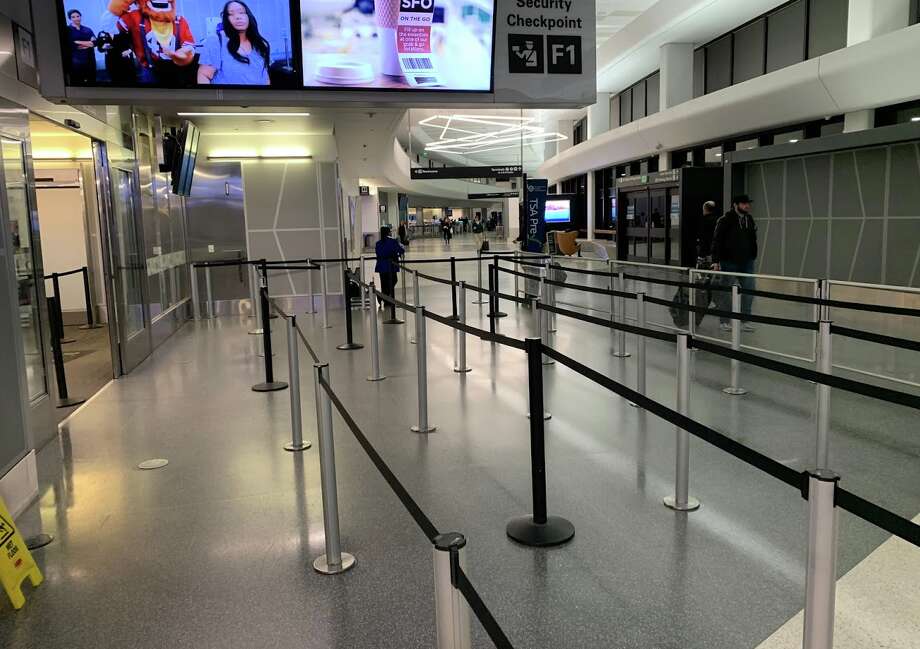 Elon Musk: SpaceX has had ‘zero’ thoughts about an IPO for Starlink