“Job losses of this scale are unprecedented. The total number of job losses for the month of April alone was more than double the total jobs lost during the Great Recession,” said Ahu Yildirmaz, co-head of the ADP Research Institute.

The ADP data foreshadowed Friday’s nonfarm payrolls report, which is likely to be as ugly. Some states are gradually easing stay-at-home orders — and pharmaceutical companies are hard at work manufacturing potential treatments and cures — that in theory can help put people back to work.

However, the reopening strategy is fraught with big risks. With certain regions relaxing shelter-in-place orders, a growing number of health experts are concerned about a potential resurgence in new infections — including the World Health Organization, which on Wednesday said ending the lockdowns too soon could see the virus “take off” all over again.

Parekh added that states should be considering what percentage of tests are coming back positive — if there is enough testing and if health systems are prepared in the event of a sudden surge.

In a Twitter post on Wednesday, President Donald Trump walked back the idea of disbanding the White House’s coronavirus task force, easing concerns about the country’s ongoing efforts to battle the coronavirus. The president said the group would remain intact indefinitely, but may “add or subtract” some members.

The tweet came less than 24 hours after Vice President Mike Pence sparked jitters by saying the group was winding down its efforts. Given that the pandemic is claiming a heavy toll in human and economic terms, the hint raised alarms among government and health officials alike.

U.S. House Majority Leader Rep. Steny Hoyer called it “unthinkable” and “a shameful abdication of responsibility” in a post on Twitter. 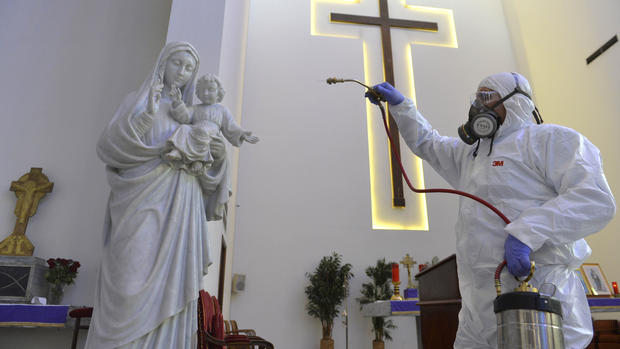 Rough sailing for cruise lines in the age of coronavirus

Ford, GM instruct employees to work from home due to coronavirus