The founder of the US fitness brand CrossFit will step down from his position as CEO following a disastrous few days that have seen the fitness program lose key partnerships, endorsements and the business of hundreds of affiliated gyms around the world.

The move comes after a pair of offensive tweets by Greg Glassman. On Saturday, in response to a tweet from the research centre Institute for Health Metrics and Evaluation, which stated “Racism is a public health issue”, Glassman tweeted “It’s FLOYD-19”, in reference to the police killing of George Floyd, whose death has sparked a global protest movement.

He went on to say “Your failed model quarantined us and now you’re going to model a solution to racism? George Floyd’s brutal murder sparked riots nationally. Quarantine alone is ‘accompanied in every age and under all political regimes by an undercurrent of suspicion, distrust, and riots.’ Thanks!’”

Following the tweets, Reebok, the official outfitter of the fitness program, told Footwear News they would end their partnership. On 8 June, Glassman issued an apology, stating “I, CrossFit HQ, and the CrossFit community will not stand for racism. I made a mistake by the words I chose yesterday. My heart is deeply saddened by the pain it has caused. It was a mistake, not racist but a mistake.”

This apology was not accepted by many of the brand’s partner gyms and collaborators, Morning Chalkup, a CrossFit newsletter, is reporting that over 1000 affiliated gyms intend to end their relationship with CrossFit.

On 9 June, Buzzfeed reported that in a private, 75 minute Zoom call with gym owners and staff, hours before his tweets on 6 June, Glassman recounted unfounded conspiracy theories about the death of George Floyd, and the origins of the coronavirus pandemic.

In a recording, obtained by BuzzFeed, which published audio excerpts of the private call, Glassman said: “I was asked by the Italians, ‘What would you do, coach?’ And I said: ‘I would agree to any restrictions put on me by the health authorities, and I would open my gym, and then 10 minutes later I would do whatever the fuck I wanted. That’s what I would do.’”

READ MORE:   U.S Mortgage Rates Tick Up as Stimulus and Stats Point to a Speedier Recovery

“We’re not mourning for George Floyd – I don’t think me or any of my staff are.”

In the letter it stated: “Greg’s statements were incredibly insensitive and hurtful. Please accept our deepest apology … This team is anti-racist. Therefore, we are committed to scrutinizing ourselves internally, continuing to listen to the community, and taking actions in support of change.

“Greg believes in equality. Greg made a mistake. His communications will have to be reconciled with the person we know. He is being put on trial online, and we challenge you to be thorough in your review of a man who is imperfect but sincere in his love of helping others to become better while creating opportunities for others to do the same.”

The letter also describes Glassman as “responsible for delivering a life-changing and paradigm-altering truth. The methodology he created provides an elegant solution to the problem of chronic disease ravaging our world today. He is passionately focused on that message and its implications. He relentlessly attacks those who dilute or deny essential truths.”The company states they have over 15,000 affiliate gyms around the world, in 150 countries, including over 500 in Australia, 6,000 in the United States and 3,000 in Europe and the United Kingdom.

In Australia, CrossFit affiliates were preparing for their gyms to reopen this month as coronavirus restrictions ease. None of the affiliates the Guardian spoke to were on the Zoom call or heard the comments related to social-distancing rules for gyms.

CrossFit Sydney CBD said for its reopening later this week it was strictly limiting class numbers to eight, and requiring members to wash hands before class. There was also appropriate distancing set in place between equipment, which is washed with disinfectant after each session. Members were also advised not to come to the gym if they were feeling unwell.

In a statement on the CrossFit website, which describes Glassman’s exit as a “retirement”, Glassman stated: “On Saturday I created a rift in the CrossFit community and unintentionally hurt many of its members … Those who know me know that my sole issue is the chronic disease epidemic. I know that CrossFit is the solution to this epidemic.”

Glassman will be replaced by Dave Castro.

CrossFit, which is both an exercise program and a competitive sport, makes money through its licensing partnerships with affiliated gyms, training programs and seminars.

The brand has previously faced controversy over allegations, dating back to 2005, that its approach to exercise is more likely to lead to physical injury than other kinds of training. These claims have been contested by CrossFit in multiple lawsuits, which in one case led to a retraction of a paper published by the National Strength and Conditioning Association. In 2019,  Russ Greene, CrossFit’s director of government relations and research, told Retraction Watch: “Legitimate research on CrossFit has reached a near unanimous conclusion: ‘The injury incidence rate associated with CrossFit training was low, and comparable to other forms of recreational fitness activities.’” 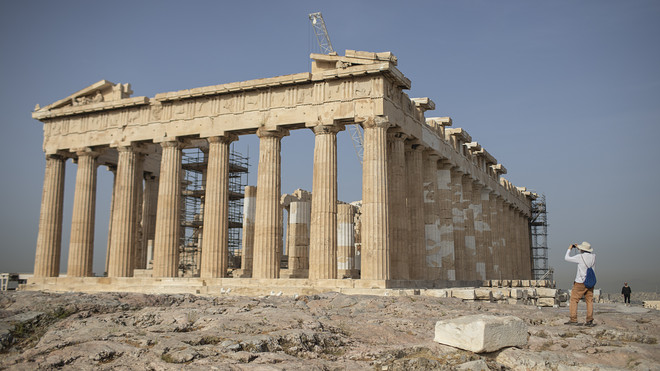 Diddy Cuts Lizzo Off After Twerking on His Instagram Live, Receives Backlash for Fat Shaming