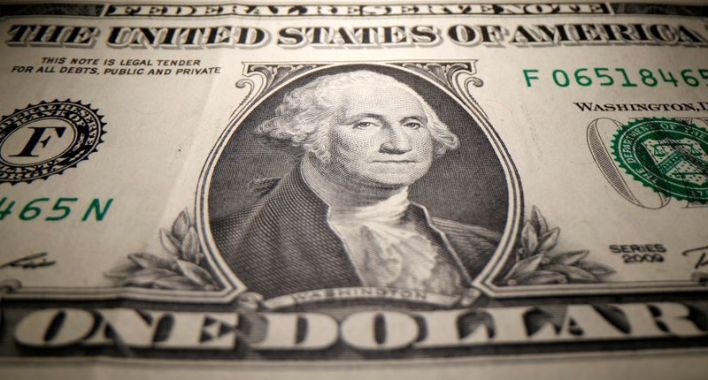 The U.S. Labour Department report on Friday showed that U.S. employment growth slowed and permanent job losses increased as government funding started running out, raising doubts on the sustainability of the economy’s recovery. Still, the jobless rate fell to 8.4% from 10.2% in July.

In the immediate aftermath, the greenback rallied to its highest in a week at 93.242 against a basket of six major currencies on safe-haven buying, but later retraced its gains as U.S. stock indexes recovered.

The () was little changed on Monday at 92.846. Foreign exchange trading was likely to be subdued as U.S. financial markets are closed for the Labour Day holiday.

“The jobs data which showed a decline in the unemployment rate, and a rise in U.S. Treasury yields, are supporting the dollar today,” said Masafumi Yamamito, chief currency strategist at Mizuho Securities.

“However, what’s weighing on the currency is a huge drop in U.S. stocks (last week).”

“We think that the economy’s going to need low interest rates, which support economic activity, for an extended period of time … it will be measured in years,” Powell said.

The focus this week will be on European Central Bank’s policy decision on Thursday. Most analysts don’t expect a change in policy stance but are focusing on the message the ECB will deliver on its inflation forecasts.

The ECB meeting comes after the euro marked a two-year high at the beginning of the month.

The common currency, however, quickly retraced after executive board member Philip Lane said last week that the appreciation of the euro “does matter” for monetary policy, highlighting the potential for further easing from the bank.

Amid an EU-UK trade negotiations impasse, the chances of a no-deal Brexit have risen sharply as negotiations have been threatened by Britain’s insistence that it have full autonomy over its state aid plans.

The European Union is demanding a potential veto on Britain’s post-Brexit laws and regulations, the British daily The Times reported on Saturday, citing senior government officials.

Among the Antipodean currencies, the Australian dollar

Disclaimer: Fusion Media would like to remind you that the data contained in this website is not necessarily real-time nor accurate. All CFDs (stocks, indexes, futures) and Forex prices are not provided by exchanges but rather by market makers, and so prices may not be accurate and may differ from the actual market price, meaning prices are indicative and not appropriate for trading purposes. Therefore Fusion Media doesn`t bear any responsibility for any trading losses you might incur as a result of using this data.

Fusion Media or anyone involved with Fusion Media will not accept any liability for loss or damage as a result of reliance on the information including data, quotes, charts and buy/sell signals contained within this website. Please be fully informed regarding the risks and costs associated with trading the financial markets, it is one of the riskiest investment forms possible. U.S. refiners to post worst second-quarter results in a decade