Minnesota Attorney General Keith Ellison on Wednesday moved to end a battle over the future of Bremer Financial Corp., Minnesota’s fourth-largest bank, by seeking new trustees for the charitable trust that owns it.

In doing so, Ellison sided with Bremer Financial executives in a fight over who can sell the company. While the trust owns the bank, it is barred by federal law from controlling it. The bitter dispute has riveted Minnesota’s bankers, nonprofit executives and the St. Paul business community, where Bremer Financial and the Otto Bremer Trust are based.

Ellison accused the trustees — Brian Lipschultz, Daniel Reardon and Charlotte Johnson, all of whom inherited their roles — of violating state laws by putting their personal interests over those of charities with “a breathtakingly reckless hostile takeover attempt” of Bremer Financial.

“I do not take this action lightly,” Ellison said in a statement. “But as the chief law officer of the state and supervisor of charitable trusts in Minnesota, I have the duty to make sure charitable assets are used properly and for the benefit of the public, not the private aims and personal enrichment of the trustees.”

Ellison asked a Ramsey County judge, who is overseeing multiple lawsuits in the dispute, to oust them immediately.

The trustees said they will fight the move. They called Ellison’s accusations unfounded and “government overreach at its worst.”

“An objective court will reject it as the political grandstanding it is,” the trustees said in a statement.

They accused Ellison of initially supporting their efforts to find a buyer for the bank, but changing his mind after Bremer Financial hired an adviser with a political connection to him. The trustees did not identify that person.

In a court document, Ellison said his office was not told of the full scope of trustees’ plans to find a buyer and sell shares to other investors to back a sale of the firm.

Bremer Financial said, “We are in complete support of the attorney general’s filing and believe these actions are necessary to fulfill Otto Bremer’s vision for the trust.”

Otto Bremer started the bank in 1943, then created the foundation a year later to own it after his death, which was in 1951. Today, Bremer is the only bank in the country owned by a foundation. It has about $13 billion in assets and about 80 branches in Minnesota, North Dakota and Wisconsin.

The bank’s future came into dispute after its top executive received an expression of interest from a potential buyer in 2019.

That entreaty convinced the three trustees the bank was worth more than they previously thought and to seek other prospective buyers. They argued that proceeds from selling the bank would allow it to give away more money.

Both sides accuse the other of personal motivations. Trustees say bank executives want to keep their jobs. The bank’s leaders say that, if the trust becomes bigger, trustees will be able to increase their salary. Lipschultz and Reardon each receive more than $550,000 annually.

Lipschultz and Reardon are descendants of professionals who served Otto Bremer in establishing the foundation. They were appointed by their retiring fathers. Johnson also was appointed by her father, a former trustee.

In his statement, Ellison said he determined the trustees had long sought to change the trust “from a charitable foundation to a finance-focused private-equity firm benefiting their private interests.”

In an investigation that began last winter, the Attorney General’s Office found complaints about transparency and dubious practices concerning Bremer Trust from organizations such as the Minnesota Council on Foundations, the McKnight Foundation, former employees and grant recipients.

The investigation also found that Lipschultz and Reardon paid themselves investment-management fees even though the trust also paid Tealwood Asset Management for such services.

Lipschultz, who was appointed a trustee in 2012, drew public attention to then-Bremer Foundation in 2014 when he and the other two trustees dismissed the former executive director of the foundation and assumed operating roles.

“Multiple staff members questioned Lipschultz’s personal motives for facilitating ‘huge sums of money’ to a ‘glitzy’ and ‘highly ineffective’ New York-based charity that put on special events, despite rules that ‘Otto Bremer Trust doesn’t fund events,’ ” one of the documents in Ellison’s filing on Wednesday said.

Former staffers complained that Lipschultz and Reardon funded favorite nonprofits, regardless, while they had to say “no” to charities that met the trust’s grant guidelines.

“Otto Bremer directed that the trust in his name not be used for ‘any purpose’ other than charitable. The trustees’ actions have abused his trust and Minnesotans’ trust,” Ellison said.

READ MORE:   These stocks soared the most after Biden burned Bernie on Super Tuesday

Otto Bremer’s desires were complicated by a 1969 law that limited the business holdings of private foundations. To comply, the Bremer entities restructured in the late 1980s and the bank became governed by a board of managers and independent directors, with the three trustees taking a minority voice in the company’s affairs.

As the Bremer trustees fought with executives last year, they sold some of the trust’s shares with the intention of filling the bank’s board with more directors who would support the pursuit of a sale.

With his intervention, Ellison asked the judge to appoint three interim trustees to run the Otto Bremer Trust. 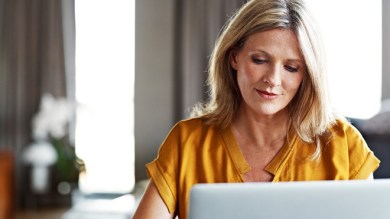 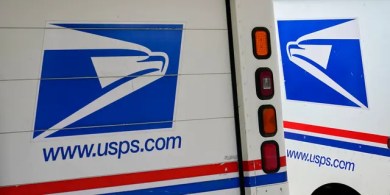 State officials approving businesses to reopen despite benchmarks not met 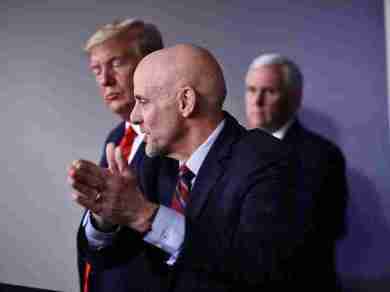