Facebook plans to block the sharing of local and international news stories on its platforms if legislation requiring tech platforms to pay publishers for content becomes law, the company said in a blog post Monday.

“Australia is drafting a new regulation that misunderstands the dynamics of the internet and will do damage to the very news organisations the government is trying to protect,” Will Easton, managing director of Facebook Australia and New Zealand wrote in the blog post, arguing that the commission overseeing the process “ignored important facts,” including the relationship between social media and news media.

“Assuming this draft code becomes law, we will reluctantly stop allowing publishers and people in Australia from sharing local and international news on Facebook and Instagram.” Easton continued. “This is not our first choice — it is our last. But it is the only way to protect against an outcome that defies logic and will hurt, not help, the long-term vibrancy of Australia’s news and media sector.”

The country’s proposed News Media Bargaining Code law, which is in draft form at present, stemmed from a 2019 inquiry that found tech giants like Facebook and Google take too large a share of online advertising revenue from media organizations in Australia. The Treasurer of Australia ordered the Australian Competition and Consumer Commission to develop a voluntary code of conduct which would force the platforms to pay media companies. The ACCC told the government it seemed “unlikely” that a voluntary agreement could be reached, however.

Under the proposed legislation, Google and Facebook would have to provide publishers with advance notice of changes to their algorithms, with penalties for failing to comply. Both companies have pushed back strongly against this provision. with Facebook saying it would give news organizations in Australia an unfair competitive advantage.

Easton wrote in his post that news represents a fraction of what Facebook users see in their news feeds, and is “not a significant source of revenue” for the company. In addition to investing “millions of dollars” in Australian news businesses, he added, “over the first five months of 2020 we sent 2.3 billion clicks from Facebook’s News Feed back to Australian news websites at no charge — additional traffic worth an estimated $200 million AUD to Australian publishers.”

Earlier this month, Google published an open letter about the proposed law, and added a pop-up to its homepage in Australia warning “the way Aussies use Google is at risk” and that the regulation could hurt their search experience. The law, Google argued, “is set up to give big media companies special treatment and to encourage them to make enormous and unreasonable demands that would put our free services at risk.”

The ACCC pushed back, saying Google’s letter contains “misinformation,” and added that “a healthy news media sector is essential to a well-functioning democracy.”

Media companies in Australia have largely supported the proposed changes. Australia’s newspapers and media outlets, like their counterparts in other countries, have been hard-hit by the economic downturn due to the coronavirus pandemic, The Guardian has reported. Large Australian media companies have asked staff to take pay cuts in recent months, and several newspapers were forced to halt production because of a sharp decline in advertising revenue. 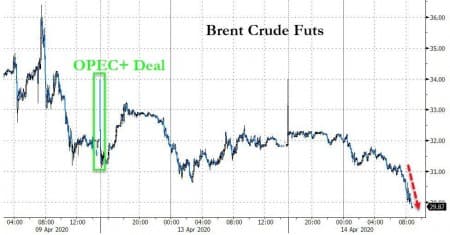