In good Financial Crisis manner, stuff blows up despite the Fed’s effort to stem the chaos. Now hoping for taxpayer bailouts.

By Wolf Richter for WOLF STREET:

Mortgage REIT # 4 so far: This afternoon, March 24, MFA Financial announced that it had received “an unusually high number of margin calls from financing counterparties,” and that by the close of business on Monday, it couldn’t meet those margin calls.

Its shares (MFA) had started out the day in the positive at just under $3 and then plunged 87% during the day, to $0.36. On February 20, before the market chaos started, shares were still over $8 a share. MFA Financial blamed the repo-market where it “had experienced higher funding costs,” and the mortgage market turmoil triggered by COVID-19.

The business model of a mortgage REIT is to buy long-term residential and/or commercial mortgage-backed securities and leverage them up by borrowing short-term, including in the repo market if they can, while posting the RMBS or CMBS as collateral. A mortgage REIT makes money off the spread between the borrowing rates and the yields of the mortgage bonds, and they multiply their profits through leverage.

Turmoil hit the $16 trillion markets for residential and commercial mortgage-backed securities as everyone apparently was trying to unload them, and their prices dropped, and therefore collateral values dropped, and financing counterparties sent out margin calls to get more cash or collateral to make up for the dropping collateral values. And then all heck broke loose.

On March 23, 2020, the Company notified its financing counterparties that it does not expect to be in a position to fund the anticipated volume of future margin calls under its financing arrangements in the near term as a result of market disruptions created by the COVID-19 pandemic.

Mortgage REIT #3: This morning, it was mortgage REIT Investco Mortgage Capital that issued an announcement that it had failed to meet margin calls on Monday, blaming “the turmoil in the financial markets resulting from the global pandemic of the COVID-19 virus.”

Through Friday, March 20, 2020, the Company had timely met all margin calls received. However, on Monday afternoon, March 23, 2020, the Company notified its financing counterparties that it was not in a position to fund the margin calls that it received on March 23, 2020, and that the Company did not expect to be in a position to fund the anticipated volume of future margin calls under its financing arrangements in the near term as a result of market disruptions created by the COVID-19 pandemic.

It said it is trying to get the counterparties to enter into a forbearance agreement and not take ownership of the securities that back the margin loans.  And “to preserve liquidity,” it said it would also “delay” paying the already announced dividends on its common stock, and on its three series of preferred stock.

Mortgage REIT # 2: On Monday, AG Mortgage Investment Trust, announced that it had not been able to meet margin calls “as a result of market disruptions created by the COVID-19 pandemic.” Shares [MITT] plunged another 24% today, to $2.14, having collapsed from over $16 on February 20.

“In recent weeks, due to the turmoil in the financial markets resulting from the global pandemic of the COVID-19 virus, the Company and its subsidiaries have received an unusually high number of margin calls from financing counterparties,” it said

AG Mortgage said that it’s trying to get the financing counterparties to enter into a forbearance agreement and not take ownership of its securities that back the margin loans.

Mortgage REIT #1 to pop: On Monday, TPG RE Finance Trust — sponsored by private-equity giant TPG which had spun it off in an IPO in 2017 — announced that it had still been able to meet margin calls by posting cash collateral, but “if the requirements to post additional cash collateral continue to be material,” there is “no certainty” it would be able to meet future margin calls. To preserve liquidity, it would “delay” paying its previously announced dividend.

“The Company is engaging in active discussions with its lenders and other potential sources of financing, but it cannot predict whether it will be able to agree to terms with such parties on an expedited basis,” it said.

And it’s going for a government bailout, it said: “The Company is also monitoring the potential availability of government programs.” Taxpayer to the fore.

Indirectly via its Special Purpose Vehicles and its Primary Dealers, the Fed can buy even old bicycles, as long as taxpayers take the losses. Read... What Are All the Fed’s Corporate & Investor Bailout Programs and SPVs? Here’s the Whole Shitload of Them

Enjoy reading WOLF STREET and want to support it? Using ad blockers – I totally get why – but want to support the site? You can donate. I appreciate it immensely. Click on the beer and iced-tea mug to find out how:

Would you like to be notified via email when WOLF STREET publishes a new article? Sign up here. 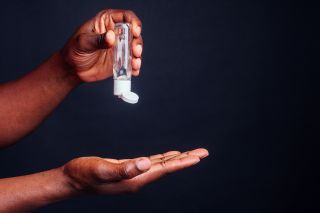 Ready to buy back into this market? If so, forget about Apple and grab these stocks instead, strategist says 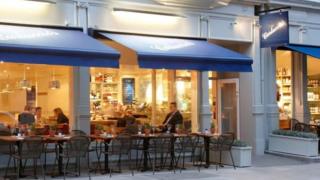