A company mostly held by GlaxoSmithKline said it’s ending its study early after finding long-acting injectable formulation of cabotegravir dosed every two months shows higher efficacy than daily oral PrEP in preventing HIV transmission. The HPTN 083 study by Viiv Healthcare, with approximately 4,600 participants across more than 40 sites in North and South America, Asia, and Africa, is one of the first-ever clinical trials to directly compare two active prevention agents. Cabotegravir has not yet been approved for the treatment or prevention of HIV as a single agent by regulatory authorities anywhere in the world. Viiv is majority owned by GlaxoSmithKline
GSK, 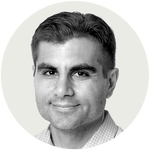