New York (CNN Business)Mayhem has descended upon global financial markets. The Dow has suddenly crumbled to a three-year lows. Crude oil is in an epic tailspin. And central banks are racing to put out fires.

The damage on Wall Street might not nearly be done as authorities scramble to stop the spread of the coronavirus by shutting down parts of the once-booming American economy.
Goldman Sachs is warning clients that the S&P 500 could bottom at 2,000 by midyear, marking a 41% plunge from the record highs set just a month ago. The Wall Street bank expects stocks to rapidly recover before the end of the year.
“The coronavirus has created unprecedented financial and societal disruption,” Goldman Sachs strategists wrote in a note to clients Sunday.
A bottom of 2,000 in the S&P 500 would mark a 26% drop from Friday’s close. And it would translate to a roughly 16% decline from Monday’s close at 2,386 after another ferocious day of selling that once again forced trading to be halted.
The Dow is now on track for its worst month since October 1987, the month of the infamous “Black Monday” crash.
“The recent price action in the S&P 500 has been eerily similar to late September/early October 2008,” Lori Calvasina, head of US equity strategy at RBC Capital Markets, wrote in a note to clients Monday.

Investors are increasingly pricing in the risk that the United States tumbles into a recession because of the coronavirus pandemic.
“This could be a fast bear market like that of 1987. However, this time, a short recession is likely,” Ed Yardeni, president of investment advisory Yardeni Research, wrote in a Monday note to clients.
During the 11 recessions since World War II, the S&P 500 suffered an average peak-to-trough decline of 30%, Goldman Sachs said. However, US stocks fell significantly more during the last two downturns as corporate earnings cratered.
The S&P 500 lost 49% of its value after the tech bubble burst in 2000. And the index was down by as much as 57% during the 2008 financial crisis. Such a steep losses this time would cause the S&P 500 to sink to 1,700.
It’s incredibly hard to precisely time a bottom in stocks. Retail investors shouldn’t bother trying to do so because even the professionals admit they’re not sure.
“Precision is difficult in a volatile market with daily price swings of +/-5% and a VIX level of 75,” Goldman Sachs strategists noted.

Has capitulation been reached? Maybe not

Market confidence has clearly eroded, though perhaps not by as much as is needed to suggest a bottom has been reached.
RBC said that institutional investor sentiment, measured by asset manager positioning in US equity futures, has dropped significantly but remains well above the lows of December 2018, March 2009 and other recent market troughs. Even if this measure tumbled by another 30%, it would still be above those market bottoms, RBC said.
Likewise, bullishness among retail investors may not be done fading.
The gap between bulls and bears in the American Association of Individual Investors (AAII) survey has tumbled to –21.6%, RBC said. But it dropped to –26.5% in August 2019, -28% in December 2018 and –51.4% during the financial crisis.
“Sentiment has deteriorated further on both but not enough to suggest that either camp has capitulated,” Calvasina wrote. “The sentiment data was telling us that it was still premature to call a bottom in the S&P 500 or an end to the stock market’s recent bout of extreme volatility.”

Corporate America’s bottom line is going to get hit very hard by the coronavirus pandemic.
Goldman Sachs has downgraded its per-share earnings forecast for the S&P 500 twice in two weeks and now expects “extreme weakness” that peaks with a 15% drop in the second quarter. However, Goldman expects a speedy rebound in earnings that will propel stock prices later in 2020.
“The lesson of prior event-driven bear markets is that financial devastation ultimately allows a new bull market to be born,” Goldman Sachs strategists wrote.
For instance, the S&P 500 plunged by 19% after the 1998 Russian sovereign debt default. But stocks than ripped 28% higher over the next six months.
A similar rebound happened in 2011 after US stocks tumbled 19% during the European debt crisis. That gave way to a 29% recovery in six months.

A rebound later in 2020 could be aided by extreme steps taken by global central banks to restore confidence and keep markets functioning.
The Federal Reserve has embarked on two emergency rate cuts this month, including one late Sunday that sent rates back to zero. The Fed has also promised to pump in trillions of dollars of cash into financial markets and relaunched its 2008 crisis-era bond buying program known as quantitative easing.
“There is nothing the Fed can do about the viral pandemic. But these moves should help to calm the pandemic of fear in the financial markets,” Yardeni wrote.
Goldman Sachs is predicting the S&P 500 will rocket back to 3,200 by the end of 2020. That would amount to a 60% spike from the forecasted low of 2,000. Fasten your seatbelts. 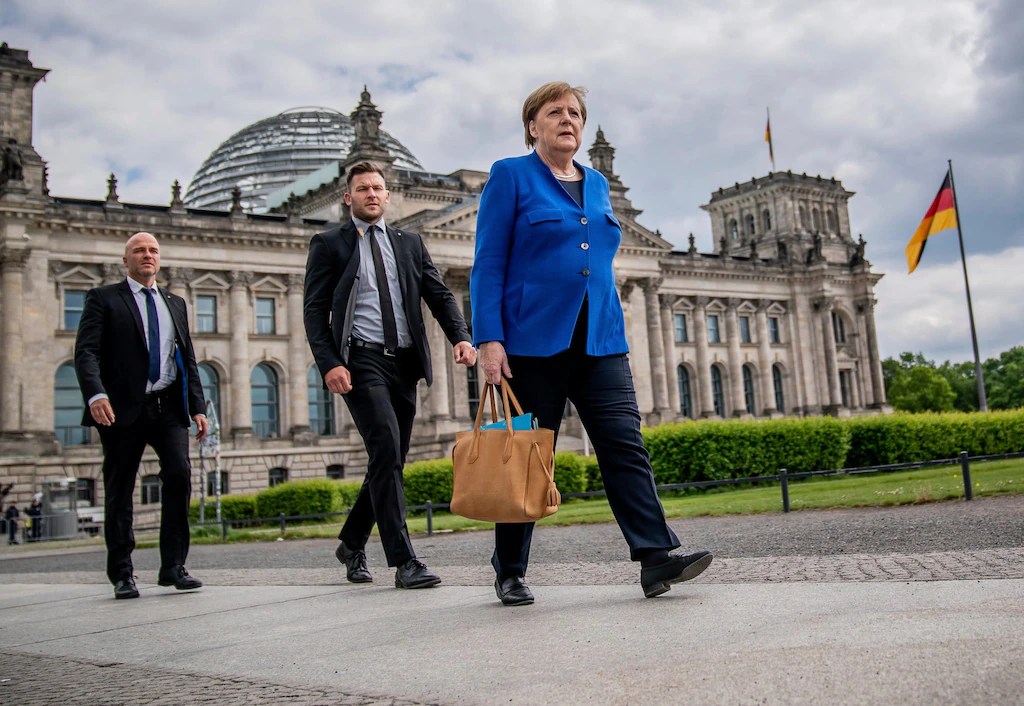 Auto insurers are offering discounts amid the pandemic. What you need to know

California shakes up auto industry, says all vans and trucks must be electric by 2024