A view of the Canary Wharf financial district of London.

LONDON — Banking shares tumbled on Monday following the leak of reports on $2 trillion worth of suspicious transactions facilitated by major lenders and other financial institutions.

The documents, obtained by Buzzfeed and the International Consortium of Investigative Journalists, contain Suspicious Activity Reports (SARs) filed with the U.S. Department of Treasury’s Financial Crimes Enforcement Network, or FinCEN, between 1999 and 2017.

Financial institutions are legally obligated to alert regulators when they detect any suspicious activity, such as money laundering or sanctions violations. However, these SARs reports are not necessarily evidence of any criminal conduct.

Deutsche Bank, JPMorgan, Standard Chartered, HSBC, Barclays, BNY Mellon and Societe Generale have all been identified in the documents. The banks have emphasized increased expenditure on compliance systems in recent years and denied any conscious wrongdoing.

Rachel Woolley, director of financial crime at regulatory consultancy Fenergo, said the FinCEN files expose a “systemic failure across the entire financial system and industry.” She suggested that SARs were used as a “defense mechanism” to pass liability onto other stakeholders, with many countries lacking resources to actively investigate such reports.

“Fines are on the up, over $40 billion since the financial crisis, but is this really a deterrent to the financial institutions that facilitate money laundering?” Woolley said in an email to CNBC Monday. “In comparison to the trillions of dollars that illegally move around, these look like a simple cost of doing business.”

She suggested the focus for the financial sector must now shift to “effective” rather than “technical” compliance.

“The days of hiding behind complexity and paper pushing are gone, the entire industry needs to collaborate more effectively in order to adhere to policy and prevent crime from entering the financial system.”

The Institute for International Finance (IIF) on Sunday voiced hopes that the findings would spur policymakers around the world into enacting urgent reforms to combat financial crime, which President and CEO Tim Adams said “poses grave threats to society as a whole.”

“The findings of today’s reports once again emphasize the need to pursue intelligence-led changes for financial crime risk management – driven by meaningful improvements to public-private sector cooperation and cross-border information sharing, coupled with the use of technology – to enhance the global anti-financial crime framework,” Adams said.

The IIF emphasized that there is a balance to be struck between managing financial crime risk and ensuring access to the financial system for legitimate customers. It suggested SARs, as one part of this balance, should work in tandem with operational and tactical intelligence sharing.
The body also stressed the importance of identifying the true owner or individual exercising control in a business relationship in a “reliable and transparent fashion through beneficial ownership information reform.”

In a recent report, DBRS Morningstar highlighted the increasing scrutiny being placed on internal controls and often significant costs associated with addressing compliance failures retrospectively, raising the question as to whether investing earlier would reduce overall costs.

READ MORE:   Peloton, Schmeloton—Here’s How to Turn Your Bike Into a Connected Workout Station

“In our opinion, establishing adequate internal controls should be a top priority for banks. Despite pressures on profitability driven by COVID-19 and low interest rates, banks must continue to invest in strengthening their operational risk controls,” Tomasz Walkowicz, vice president of the Financial Institutions Group at DBRS Morningstar, told CNBC on Monday.

“We are currently seeing increased regulatory scrutiny focused on banks’ operational risk oversight, and we think that any repeated failures in the areas such as prevention of money laundering or terrorism financing could lead significant financial penalties.”

The FinCEN leaks represent the latest in a series of scandals involving the global financial system, following the Panama Papers, 1MDB and the Luanda Leaks in recent years.

Amazon sellers in the U.S. will have to list their names and addresses 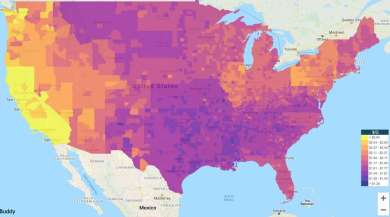 Where are you planning to go this summer?