A record-setting August for stocks has set the bar high,but September may be off to an upbeat start, led by technology.

The big question for investors is whether the equity market will keep up the momentum?

That brings us to our call of the day from Schwab Center for Financial Research’s vice president of trading and derivatives, Randy Frederick, who thinks the stock market may finally deliver on some much-needed corrections.

“Obviously these things are difficult to pinpoint, but a 2%-3% decline sometime in the next couple of weeks wouldn’t be at all surprising to me. I continue to believe that the SPX
SPX,

“We haven’t had anything of that nature at all since going all the way back to early June, when we had that big drop-off. We’re clearly way overdue on that,” Frederick said. And while 3,700 sounds “pretty remarkable from a bottom-of-the-virus return,” on a year-to-date basis that 14% gain for the S&P 500 is fairly average, he noted.

When those smallish pullbacks come along, though, he advises against panic (he urged no panic in early March too), saying “they will be and should be used as buying opportunities.” That is because there is nowhere else for investors to put their money as any Federal Reserve interest rate increase is years out, said Frederick. And investors should learn from those who panicked out of the market in 2008 and missed out on an 11-year bull market, he added.

A “substantial pullback in earnings could also trigger a pullback,” he said, noting that second-quarter S&P 500 earnings per share came in far better than expected.

Frederick is watching the coronavirus pandemic as a potential trigger, with schools opening across the country and the potential for a dramatic uptick in the case count spooking markets, while trade issues with China shouldn’t be dismissed, as they also have the power to unhinge markets.

Another stick of dynamite for stocks is continued wrangling over enhanced unemployment benefits in the U.S. “That’s a big issue that needs to be resolved on what they should do to support workers and small business going forward,” said Frederick.

Read: Investors may be betting the wrong way on the U.S. election, says JP Morgan

is leading the way higher for stocks, with the Dow
DJIA,

are falling, with the euro
EURUSD,

are up, and Asian stocks were mixed.

shares saw a huge premarket runup until it announced it will sell $5 billion worth of stock. Also, an analyst said the electric-car maker is “fundamentally overvalued.”

are surging, after the videoconferencing group soundly beat forecasts. Companies paid up for the service.

reportedly ordered 75 million 5G iPhones, and shares are up.

U.S. manufacturers grew in August for the fourth straight month, but workers aren’t coming back in any strength. Construction spending and automobile sales are still ahead. China delivered stronger-than-expected manufacturing numbers.

President Donald Trump has defended his decision to visit Kenosha, Wis., on Tuesday, and offered up a defense of the teenager who shot two protesters. Democratic rival Joe Biden accused him of making things worse. A shooting in Los Angeles late on Monday has also drawn protesters.

Need to Know starts early and is updated until the opening bell, but sign up here to get it delivered once to your email box. Be sure to check the Need to Know item. The emailed version will be sent out at about 7:30 a.m. Eastern.

Elon Musk is now the fourth-richest person in the world. He’s about to get even richer 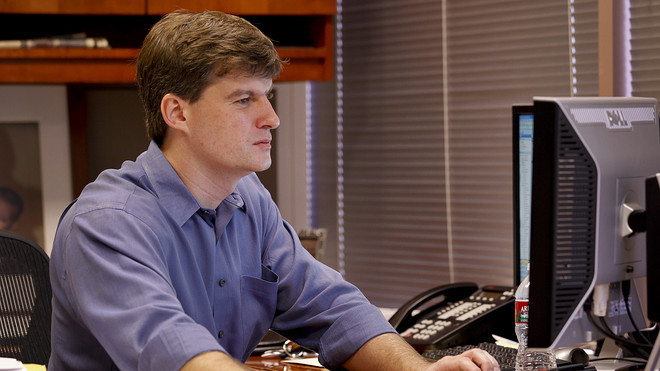 Trader asks famed ‘Big Short’ investor for some tips on playing the stock market, and he actually got a response