CLICK HERE, if you are unable to view this photo gallery on your mobile device.

Think of it as the kind of line you don’t want to be in the front of.

So how can you tell if your power will go out?

When electric demand exceeds supply, the grid managers at the California Independent System Operator in Folsom order big utilities like PG&E, Southern California Edison and San Diego Gas & Electric to institute “rolling blackouts” to reduce demand enough to stabilize the grid. Otherwise, there could be large-scale failures of the power grid across the West.

The utilities decide whom to turn off. PG&E has set up a website where customers can enter their addresses and find out their “rotating outage block” number. 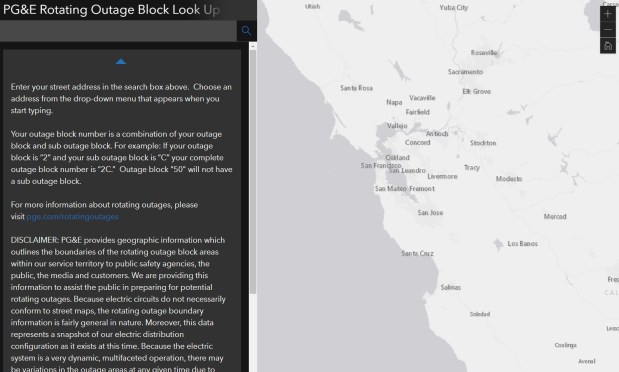 After you look up your address, you can compare the outage block number to PG&E’s list of which block numbers will have power shut off and at what time.

Most outages are 1 to 2 hours, PG&E says. If you have recently had your power shut off as part of a rolling blackout — the last one was Friday and affected about 220,000 customers in Monterey, Santa Cruz, Stockton and other places, you are unlikely to be shut down in back-to-back events under PG&E’s system. Hence the name “rotating” blackouts. The idea is for everybody to share the pain, although there are exceptions for critical infrastructure like hospitals and police stations.

READ MORE:   This is what rich investors were doing with their cash as the market plummeted

You can compare your outage block number to PG&E’s list showing which blocks are turned off at what time. 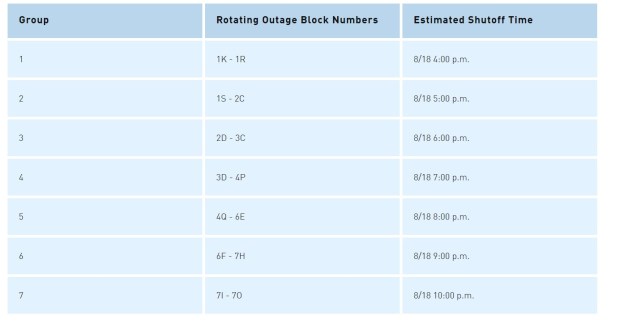 Anyone with an outage number of 50 is exempt from shutoffs. Those include hospitals, police and fire stations, along with areas that were blacked out in the last round of rolling blackouts.

Again, if residents and businesses conserve during the peak demand period Tuesday and Wednesday between 4 p.m. and 10 p.m., blackouts will be minimized or even perhaps avoided entirely. The biggest crunch on the grid usually comes between 6 p.m. and 8 p.m. because it’s still hot in many places, air conditioning is running high, and electricity generation from large solar farms falls as the sun goes down. Usually, grid operators can make up that gap by importing power from other states. But during record heat waves, there’s less to go around.

Finally, rolling blackouts are not the decision of PG&E and other utilities,and are unrelated to PG&E’s problems in recent years causing wildfires or blowing up gas lines.

The utilities are ordered to shut off power by the California ISO to stabilize the power grid. Another type of power outage, called a Public Safety Power Shutoff, or PSPS, is something that utilities like PG&E choose to impose during very dry, windy days in some areas, to reduce the risk of trees blowing into power lines and causing big wildfires.

Finally, to look at who has power on or off in PG&E’s service area at any given time, go to PG&E’s outage map. 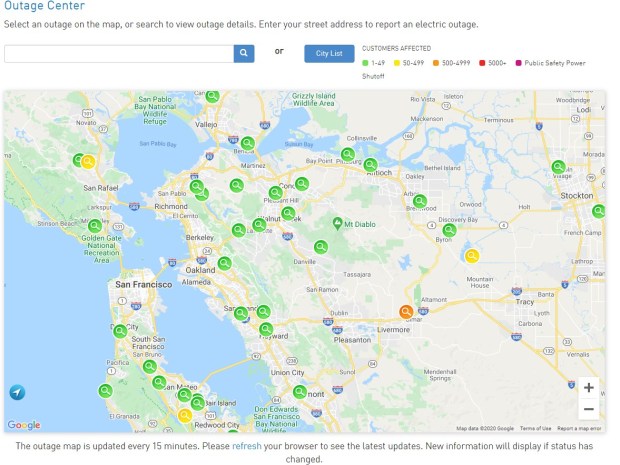 Live updates: Six feet may not be enough to prevent spread of coronavirus, experts warn