An electrical malfunction puts the vehicles at risk of catching fire.

The company said corrosion can cause a short circuit in defective anti-lock brake circuit boards that can cause a fire even if engines are off. It recommends owners park vehicles outside to avoid potential fires in garages and enclosed spaces.

So far, about 12 fires have been reported, but there have been no injuries, according to the automaker.

Hyundai also said if the anti-lock brake warning light comes on in the SUVs, they should not be driven and owners should disconnect the positive cable on the battery.

Nine thousand Kia Stingers are also being recalled for a similar issue. The company said six fires have been reported in the 2019 version of that model. While the reported fires occurred in cars that were in motion, Kia is encouraging owners to park the vehicles outside even when the engine is turned off.

The expanded recall comes after U.S. safety regulators announced on Sept. 3 that Hyundai and Kia would recall over 600,000 vehicles in the U.S. and Canada to fix a brake fluid leak that could cause engine fires.

Owners can find out if their Hyundai vehicles are included in any recalls by entering specific car information here. Kia owners can check here. 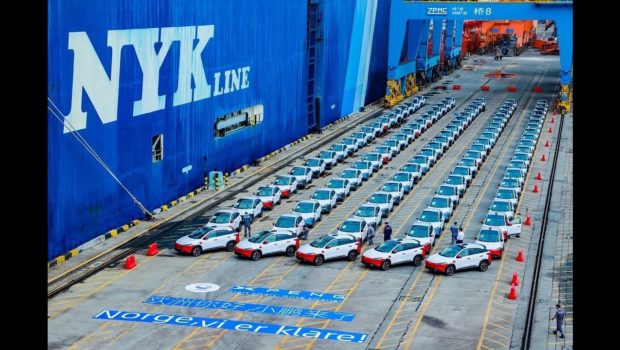 First 100 Xpeng G3 Electric SUVs On Their Way To Norway