There has been a lot of response to my post this last Thursday on a possible “plunge” in the stock market.

The reason? Friday morning, the US Labor Department releases the May unemployment figures and they showed that the unemployment rate in the United States fell to 13.3 percent for the month, down from 14.7 percent in April.

Many economists had been expecting that the rate would come in at 20.0 percent or more.

The Dow Jones Industrial Average rose by slightly more than 829 points and the S&P 500 stock index rose by 81.58 points. A pretty good day, if I do say so myself.

Am I just a doom and gloomer? Someone always looking for the negative in things?

I don’t think so. But…well…we shall see.

It is my feeling that we need to be cautious about the data and about the euphoria that “good news” can bring from just one new piece of information.

As I have written before, we are going through a period of ‘radical uncertainty,’ a period in which we have very little information to predict the future, and a period in which our measurement of activity is so ‘out-of-the-normal’ that we cannot even trust the figures that are being released by our well-trained, professional data compilers.

Here is just one piece of evidence of this.

The Labor Department cautioned that data-collection issues troubling the agency throughout the crisis continued last month. Some temporarily jobless workers were characterized as employed in May; had they been counted correctly, the department said, the unemployment rate would have topped 16 percent.”

Maybe the unemployment rate did not fall in May!

I reported this in my Friday post. I wrote

So…maybe…the unemployment rate for May should be above 16.0 percent, indicating that unemployment had risen for the month from the April figure of 14.7 percent.”

It appears that a lot of the data we are getting from April and May are going to have to be revised in the future and we get more data and we begin to understand what kinds of shifts that are taking place in the economy that might impact our statistics.

In terms of the stock market rising, there is still plenty of liquidity that is flowing around the financial markets thanks to the largesse of the Federal Reserve.

Furthermore, one continues to hear the argument, “Don’t fight the Fed!”

I have argued in this way for quite a few years now and one can track my record on this.

Michael Mackenzie backs up this argument, but says there still might be a limit.

Loose credit conditions will sustain the wall of money that currently drives the apparent divergence between asset prices and the state of the broader economy. Such looseness is good for asset returns, up to a point.”

Over the past few years, it seems as if investors have been looking for an end to the Federal Reserve support of the stock market. When investors think that the Fed is changing its focus, the market has weakened, only to rebound as Fed officials reinforce the idea that their support for the market continues.

But, this support has only continued to work as investors believed that the Fed would continue to ‘carry the day’ and get the economy through until the political climate improved so as to support the expansion of the economy.

And, this was one of the concerns expressed in one of my recent posts on the weakness in the value of the US dollar. It seems as if there is a weakness in the political credibility of the United States, and this is being reflected in many ways throughout the world. The story seems to be that up until recently, the political credibility of the United States had been declining, but that the actions of the Fed could get us through this tough period. Now, some markets are indicating that perhaps this support is waning as well.

Thus, even through the Fed continues to support the financial markets, it may not be able to continue to offset the political problems. And, it continues to be noted that the Fed’s efforts attempt to surmount the “liquidity” problems created by the pandemic, and does not get into the “solvency” problems that are arising. That is the next concern that continues to grow.

Mr. Mackenzie, in the article cited above, makes mention of this debt issue:

The backstopping of credit markets by central banks has certainly bought a little time for companies with junk credit ratings, and those on the cusp of being downgraded from investment-grade status. But their heavy dependence on debt leaves them with few options to counter a lackluster recovery over the next few years.”

I have written about this growing problem as much as a month ago. There is just no question that the debt problem is going to become a major issue in just a few months. How this will be treated is anyone’s guess.

There are reports that commercial banks are going to take advantage of the current lull in financial markets to write down as much of their bad loans as possible before things get too bad. So, don’t be surprised the see very large right downs in bank reports for the second quarter.

Unfortunately, these issues just represent the tip of the iceberg. This is the problem with a condition of radical uncertainty. You just don’t fully know or understand what is “out there” that you are going to have to deal with at some time in the future.

Everything seems nice and “tied together” when you get such a “good” report on unemployment.

Now, investors need to get back to reality, a reality where they have to deal with a lot of unknown, unknowns.

Disclosure: I/we have no positions in any stocks mentioned, and no plans to initiate any positions within the next 72 hours. I wrote this article myself, and it expresses my own opinions. I am not receiving compensation for it (other than from Seeking Alpha). I have no business relationship with any company whose stock is mentioned in this article.

Stock futures chipping away at some of Thursday’s plunge 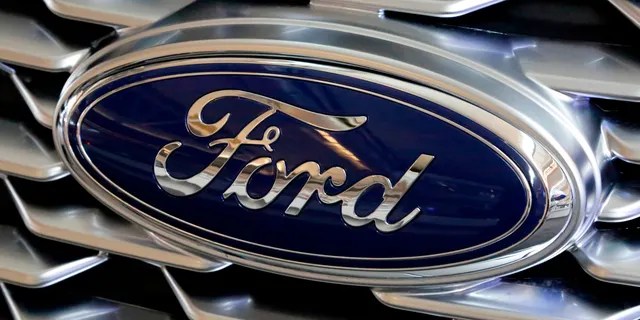 Ford to produce roughly 50,000 ventilators in fight against coronavirus