After years of pain, the end has finally come at last for retail giant J. C. Penney (JCP). Initially driven into the ground under the leadership of Ron Johnson, who steered the company into disaster during his tenure from late 2011 to 2013, there has been no real coming back for the business. This was despite a revolving door of talent at the firm. With bankruptcy proceedings underway, there’s a lot of uncertainty over what the future will look like for the business, but one thing has been made abundantly clear: there will be nothing left over for current shareholders. Given this harsh realization, investors who do still own stock in the enterprise should consider getting what value they still can from selling the stock.

A look at bankruptcy

Years of struggling has been painful for J. C. Penney and its shareholders. Although big-box retail is more or less on the way out in the US, management made what changes they could in an effort to revitalize the brand and preserve shareholder value. The final straw, though, according to management, was the emergence of COVID-19. This last blow sent stores across the nation closing, leaving the retailer with no significant inflow of capital that it could use to stay afloat.

This isn’t to say that death wouldn’t have occurred without COVID-19. In fact, it has been an almost certain expectation for years. Every year for at least the past five years, revenue at the company has declined, dropping from $12.63 billion in 2015 to $10.72 billion last year. Net losses over this time frame have been persistent, and with EBITDA of only $583 million last year, the company’s net leverage ratio of 5.8 was lofty. Free cash flow has been positive, but with the exception of 2016, it has ranged consistently between $111 million and $213 million. Last year, the figure was $145 million. Just enough, perhaps, to stay afloat, but sales can only fall for so long before cash flow slides as well.

As of this writing, there’s still a lot not known about the bankruptcy package the company is working on. Who gets what is still not entirely sorted out. A review of the firm’s RSA (restructuring support agreement) reveals that its ABL creditors and holders of any hedge claims might be the only parties unimpaired during the bankruptcy process. Even first lien holders are likely to be impaired to some degree. One thing the filing makes absolutely certain is that common shareholders will be wiped out entirely. It specified that they will see ‘no recovery.’

While there will be a lot of losers in this bankruptcy process, there will be a big winner: the providers of the business’s DIP (debtor-in-possession) financing. In addition to having $500 million in cash on hand, the company will be provided with $900 million in DIP financing, with $450 million of that being new capital. Lenders of the DIP financing will be given an interest rate that is either the Base Rate, plus 10.75%, or LIBOR (subject to a floor of 1.25%), plus 11.75%. Which rate the company receives is up to it. These are annual amounts compounded monthly and payable monthly.

A lot could still happen between now and the time the company exits bankruptcy, but management has made clear the fact that it is looking to break the company up. Instead of having a retailer setup like before, the business will consist of an operating company currently being referred to as New JCP, and a REIT (set up as an UPREIT). The REIT will effectively hold some or all of the real estate assets of the business, while the operating company will lease and operate those properties.

If all does go well, there could be a lot of value to unlock here. REITs are known for being cash cows if they are set up right, plus the operating company will have some things going for it. Despite flagging sales in recent years, the company in 2019 still managed to process over 200 million transactions. These came from 46 million customers, with 32 million of them being loyalty members. Those 32 million customers, according to management, accounted for about 70% of the company’s net sales. In all, the retailer has 846 stores throughout 48 states plus Puerto Rico, and its plan was (before declaring bankruptcy) to scale this down to 604 by 2022. I suspect this scaling-down could happen faster, with even more stores closing. Upon launch of the REIT, the company does plan to allow outside investors to acquire up to 35% of the entity. Those cash proceeds may be allocated toward the business’s growth or it may go toward the then-holders of the REIT’s units.

There is some chance, however, that this REIT strategy may not work. If J. C. Penney cannot garner enough support to get a REIT in place, the end result could be a decision to wind down the retailer entirely. This would take place through a Section 363 asset sale. 363 sales are governed by the courts to try and ensure stakeholders are treated appropriately and any sale approved through the 363 process is considered ‘safe’ to the buyer. Sales leading up to and completed as part of a bankruptcy process that aren’t organized in this manner can result in the buyer sometimes being forced under additional scrutiny and/or being forced to give the asset back to the business if a court later finds the deal to have been unfavorable to all parties involved.

One other option that just became known to the public is a buyout by Amazon (AMZN). This news, being filtered through Seeking Alpha and other news sources, could be speculative, but it would be logical. After all, J. C. Penney has significant distribution centers that Amazon could use, plus the e-commerce giant could use some or all of the business’s stores for various purposes. As Amazon moves more into the clothing and apparel market, J. C. Penney could make its life easier. Investors should be cautious about relying on this, though. In theory, Amazon could swoop in and make an offer for the retailer, but instead of acquiring the stock in the firm and taking on the debt, forcing lenders to take a haircut in the bankruptcy process and acquiring it that way (after the common holders are wiped out) would probably be more affordable.

At this time, a lot of interesting things are happening regarding J. C. Penney. One thing is for sure: absent a miracle deal from Amazon, common shareholders will be wiped out in their entirety. Even many debtholders will probably have a haircut. The company will likely either be restructured or it may be acquired by Amazon, but there is a small chance that a complete liquidation could occur. Either way, there are a lot of moving parts here and all stakeholders should keep a close eye out on the situation.

Crude Value Insights offers you an investing service and community focused on oil and natural gas. We focus on cash flow and the companies that generate it, leading to value and growth prospects with real potential.

Subscribers get to use a 50+ stock model account, in-depth cash flow analyses of E&P firms, and live chat discussion of the sector.

Sign up today for your two-week free trial and get a new lease on oil & gas!

Disclosure: I/we have no positions in any stocks mentioned, and no plans to initiate any positions within the next 72 hours. I wrote this article myself, and it expresses my own opinions. I am not receiving compensation for it (other than from Seeking Alpha). I have no business relationship with any company whose stock is mentioned in this article. 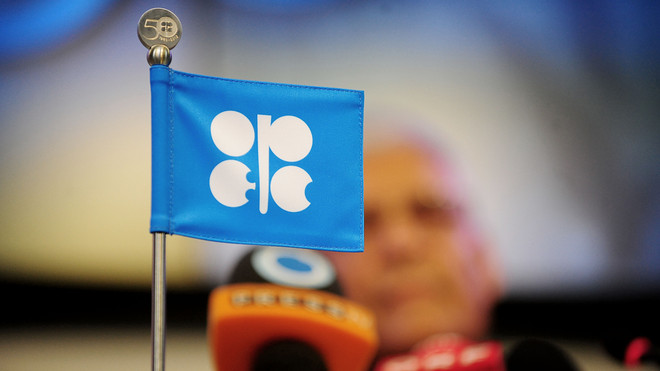 Cleveland Clinic named No. 2 hospital in the world by Newsweek