Stanley Ho, the dashing billionaire and bon vivant who was considered the father of modern gambling in China, has died, his daughter Pansy Ho said Tuesday. He was 98.

Known as the “King of Gambling,” Ho secured for himself a four-decade monopoly on casinos in Macao, then parlayed his home advantage to build the empire that still dominated the industry after it opened to foreign companies in 2002.

He was the former Portuguese colony’s richest tycoon, a lavish spender and accomplished ballroom dancer who wielded great influence both in Macao and in neighboring Hong Kong while — according to U.S. authorities — maintaining ties to organized crime.

Tall, handsome and of mixed Chinese and European heritage, Ho fathered 17 children with four women, and his extended family erupted in high-profile squabbles over his empire during his later years.

Even though casinos made his fortune, Ho avoided the gaming floor.

“I don’t gamble at all. I don’t have the patience,” Ho told The Associated Press in a rare interview in 2001. “Don’t expect to make money in gambling. It’s a house game. It’s for the house.”

He also had stakes in businesses that run everything from the ferries and helicopters connecting Hong Kong and Macao, to department stores, hotels, Macao’s airport and its horse-racing tracks.

Kudlow: No one promised to name businesses that received PPP loans

Amazon, Apple, Boeing, Starbucks, Visa and Other Stocks to Watch This Week 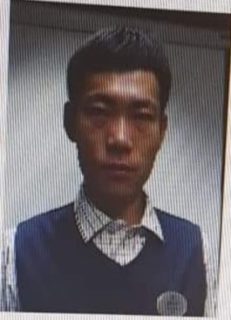 Crew Member Found Dead on the Mariner of the Seas