The economic shutdowns and confusing scramble for federal loans and other aid were hard enough for small business owners.

But now they face even more hurdles in their bid to survive. The Paycheck Protection Program — a major lifeline for many — will stop issuing new loans after Tuesday. And the closure comes just as coronavirus cases are spiking in dozens of states, calling into question whether state and local authorities will hit the brakes on the economy again.
As it is, pulling in customers during multiple “phases” of reopening has been challenging. Businesses have had to constantly update their marketing for which services they’re providing — Delivery? Curbside pickup? In-person shopping? Outdoor dining only? — and the new health rules that go along with those.
“It’s an extra PR nightmare,” said Ann Leadbetter, who owns Meriwether Cider in Boise, Idaho, with her husband and two adult daughters. Her business includes a tap room and a cider house from which they sell their own hard ciders.
But small business owners say the biggest ongoing hurdle is the financial uncertainty that clouds everything.

No idea when they’ll be able to operate ‘quasi-normally’

Leadbetter said she is grateful for the PPP loan she received because it helped her family stay in business. And she is grateful that the federal CARES Act relieved business owners of the obligation to make payments on their other Small Business Administration loans for six months. Her family had taken out two when they started their company. But they’ll need to start paying again in September.
“We, like many businesses, thought by the time the PPP funds ran out and the loan payments were due again, we’d be out of the woods and able to operate quasi-normally. Now, as cases are spiking and predicted to spike even more in the fall, this is no longer the case. And I’m getting spooked about what will happen next. If we have to go into full lockdown again, all bets are off,” Leadbetter said.

‘No one has a working plan’

Cliff Hodges, founder of California-based Adventure Out LLC, which provides lessons and retreats in surfing, rock climbing, mountain biking and other outdoor adventures, has been having a survivalist adventure of his own since March, when he had to temporarily shut operations down.
The majority of his revenue is generated between May and October, but the bookings for his high season come in March and April. As a result, Hodges said, “Our regular bookings are down. And our corporate bookings are gone.”
Having reopened this month, the company is seeing a spike in demand because people want to get outside after so many months at home. So Hodges is actually trying to hire a few more staff — to add to the majority of employees he was still paying once he received his PPP loan.
But coronavirus cases in California are also spiking, so it’s unclear what’s ahead — whether potential customers will stay away or whether counties in which Adventure Out operates will again issue stay-at-home orders. “No one has a working plan for this,” Hodges said.
Besides losing more money, Hodges worries he might get a bill from the state to replenish his company’s unemployment insurance reserve account to help cover some of the unemployment benefits staffers received after being laid off. While the federal government under the CARES Act subsidized many of those extended benefits, it’s up to individual states to determine whether employers will be on the hook for additional payments. Hodges hasn’t been able to get clear guidance on how California will rule. And CNN Business has not yet heard back on the matter from the state’s employment development agency.
In the meantime he hasn’t been paying himself, noting that payroll, rent and utilities top his priority list. “I don’t see a near-term future where I get paid. I’ll be shocked if I’m able to pay myself in 2020.”

‘A series of impossible questions’

Chris Morgan and Gerald Addison were scheduled to open their new restaurant Bammy’s in Washington, DC, by the end of March. That didn’t happen. They made the call not to open a few days before the DC government banned in-person dining.
But they decided to bring on a smaller-than-expected staff to do takeout starting in mid-May. A few days later, they were allowed to start offering patio service. And, as of this week, indoor dining is now permitted. But they said they’re not yet comfortable doing that for the safety of their staff and customers.
Indeed, restaurant and other business owners are facing “a series of impossible questions” as coronavirus cases surge in so many places, Addison said. “It’s on everyone ‘s mind. It’s hard to ask someone to come back off of unemployment and then a week later for things to shut down again.”
While they didn’t qualify for a PPP loan because they weren’t open for business earlier in the year, they have been taking the new employee retention credit, which offers them a quarterly tax credit equal to half the wages they are paying staff. Total credits combined can’t exceed $10,000. “It works out well if you’re trying to test the waters and don’t have a full staff yet,” Morgan said.
They’re currently paying five employees, but not themselves or their spouses. And having been in the restaurant industry for years, they know how to run lean.
One of their big financial concerns going forward is rent. They took over a pre-existing lease with six years left. “We’re trying to figure out a way forward so [the landlord] understands we’re doing our best to pay what we can,” Morgan said.

To thrive, small businesses need customers willing to spend and the confidence to leave their homes.
With historically high unemployment rates and a persistent, poorly managed public health crisis, both may be a ways off.
Many lawmakers’ appetite to do yet another massive stimulus package is waning. But they may pass a more “targeted” one this summer.
There has been a push by small business advocates to automatically forgive PPP loans under $150,000. And some are even asking for business owners to be allowed to get a second PPP loan since the program still had more than $130 billion in remaining funds as of this weekend.
But many small business owners would rather avoid more loans, even if there’s a chance they could be forgiven eventually.
To the extent there is more financial assistance, Hodges hopes it comes in the form of a grant. “It’s absurd and terrifying to take out a loan when you’re running negative. It took me the first 10 years just to pay off my original loans. I’d rather just quit.”

Amazon declines to commit to Jeff Bezos testimony in Congress 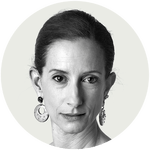