New COVID-19 guidance for indoor gyms increases the requirement of six feet of distance between patrons to about 17 feet.

SEATTLE — New guidelines for fitness centers and gyms will go into effect Monday in Washington state. As part of the updated guidelines, gyms and fitness facilities will need to nearly triple the minimum distance required for patrons exercising indoors, except for those practicing certain team sports.

The new COVID-19 guidance issued by Gov. Jay Inslee for counties in Phase 2 or 3 of reopening increases the requirement of six feet of distance between patrons to 300-square-feet, which is just over 17 feet of space.

The number of people allowed in gyms, fitness facilities, and fitness classes will be limited by the size of their space under the guidance. The occupancy in facilities and gyms that are larger than 12,000-square-feet will be limited to 25 percent.

In addition, showers, hot tubs, saunas, and tanning beds at multi-use facilities will be closed, as will steam rooms, squash courts, and racquetball courts. Locker rooms will also be limited for hand washing and restrooms only.

All patrons will also be required to wear facial coverings while inside indoor fitness facilities, “except while engaged in strenuous exercise.” Click here to see the full guidelines from Gov. Inslee.

While many larger gyms may be able to accommodate the changes, the updated guidelines could be devastating for smaller facilities. 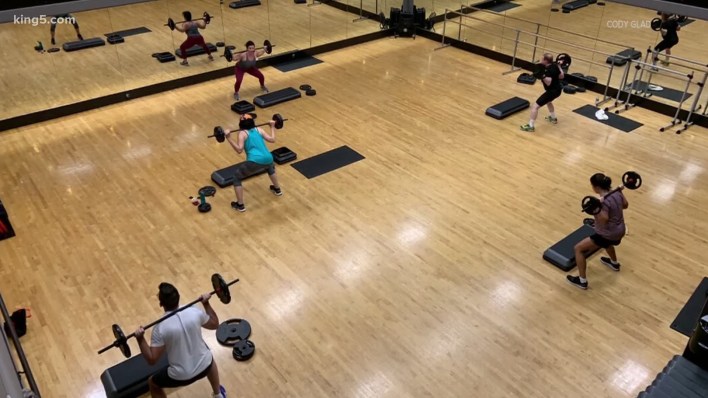 The Washington Fitness Alliance has been working with Gov. Inslee’s office to come up with guidelines that would allow for people to be safe but for gyms to still operate as a business.

“We looked at the states that were performing the very best thing and mitigating COVID-19,” said WFA CEO Blair McHaney. “We looked at their guidance, and it’s generally 150-square-feet per person to maintain 6 feet of social distancing.”

McHaney said his coalition couldn’t get the governor’s office to go lower than 300-square-feet of distance between patrons.

McHaney noted despite positive conversations with the governor’s office, the process felt rushed. He said they are working on drafting a letter that uses data to support their assertion that the guidelines are too restrictive.

Sami Sweeney owns Pure Barre in Bellevue. She said they’ve been operating in a limited capacity since King County moved into Phase 2, but the new guidelines would be too much. 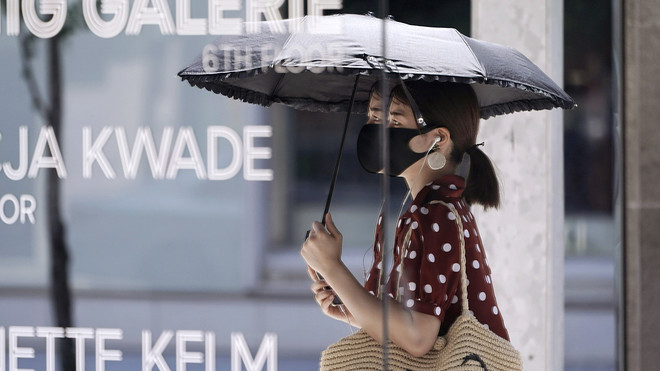 Live updates: Mnuchin says unemployment will get worse before it gets better amid coronavirus pandemic