A New Hampshire mother says she was forced off an American Airlines flights after her tired two-year-old son refused to wear a face mask.

Rachel Davis was flying from Charlotte, North Carolina to Manchester, New Hampshire when she was approached by a flight attendant who demanded the toddler, called Lyon, put on a face covering or they would have to get off the plane.

The pair had not yet sat down in their seats but Davis claimed in an Instagram post that despite attempting to put a mask on her on her little boy, he was overtired and not cooperating.

Rachel Davis was flying from Charlotte, North Carolina to Manchester, New Hampshire with her two-year-old son, Lyon but they were kicked off because he refused to wear a face mask

‘I tried repeatedly, begged him, bribed him, pleaded with him, did everything I could while he was screaming and crying as I tried to hold him and put the mask on, feeling my absolute lowest of lows as a mother,’ Davis wrote in an Instagram post.

‘I told the flight attendant this is our fourth American Airlines flight this week, and he has never been asked to wear a mask. She informed me he (my overtired two year old son) would need to comply with their company policy or we would be asked to leave the aircraft,’ she wrote on Instagram.

‘I continued trying to get him to wear the mask, bawling my eyes out and hyperventilating behind my own suffocating mask,’ Davis explained in the posting which has received almost 200,000 likes.

READ MORE:   Reese's made a breakfast cake so you can have dessert in the morning

But the crew would not take no for an answer and ultimately the captain decided that Davis and her son would not be allowed on the flight, although the entire flight had to deplane first.

‘Rather than get themselves any bad press by escorting a crying mom and two year old off the plane, they forced everyone to deplane, and wouldn’t let us back on the flight home. Apparently before we got off the plane everyone who left before us lit up the crew in the gate area,’ David wrote.

‘The captain walking right by me as I screamed my head off in my absolute worst moment.

‘Desperate to get home after the worst week. He would have been asleep before we even pushed back if they had just been humans,’ she noted.

‘This is the world we live in?’ Davis’ post ends.

Davis could be seen in tears as American Airlines staff members were unable to provide a solution. She ended up having to be rebooked on a later flight

Rachel Davis, pictured together with her son, Lyon, had taken three other AA flights that week and had not been asked to wear face masks on any of the other journeys

Video footage shot by a fellow passenger shows Davis yelling at a member of American Airlines staff as she despairs with the situation.

READ MORE:   Shares of Macy's surge on $4.5B secured in new financing

‘He is two-years-old. He doesn’t get it. We have been on four American Airlines flights and not one of them have asked him to wear a mask.’

Davis’s Instagram post drew thousands of comments as some users argued that the flight attendants were doing their jobs while others decried a lack of compassion for a mother traveling with a young child.

One person who claimed to be traveling on the flight wrote on the American Airlines forum on Flyertalk about what they had seen:

‘I was on this flight and witnessed the entire incident, both on the plane and at the gate (where the video was filmed, after everyone was removed from the plane.)

‘I felt that this was a no-win situation, caused by bad policy. While I agree that (in theory) 2 year olds should wear a mask, in practice it is not always possible. The mother was not argumentative, she was just asking for a solution.

‘The AA  employees acted calmly and professionally, especially the Captain and the ground managers.

‘Could the FA have just “let it slide”? Absolutely. But she chose to strictly enforce a company policy, and that is her prerogative.

‘Ultimately they got the family home later that day, but a little more flexibility in policy or enforcement could have prevented this entire unfortunate situation.’

American Airlines has released a statement over the incident in which it explained its mask policy.

‘To ensure the safety of our customers and team, American Airlines requires all persons 2 years and older to wear an appropriate face covering throughout the entirety of their journey.

‘Policies are enforced and approved face coverings are made available at key points throughout the customer journey. We’ve reached out to the family to learn more about their recent travel experience and to address their concerns.’

Guidance from the CDC advises children aged two and older to wear a mask in public and when around other people they don’t live with.

Davis said she had been contacted by American Airlines and said she wants an apology for how she was treated.

Davis’ experience is the latest example of how airlines are struggling to coax travelers back on board while enforcing new rules designed to keep their employees and others safe.

In August, another mother of a two-year-old and her other children were kicked off a flight in Florida as they were returning back to New York, and last week another woman was asked to leave a flight because her son who is also two-years-old would not immediately put his mask on correctly.

Coronavirus live updates: What we know Saturday in Reno-Sparks

2021 Audi Q5 Sportback is yet another coupe-inspired crossover 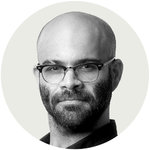