closed. Tyson said the reason was “worker absenteeism.” As of Thursday, the county health department had recorded 1,031 coronavirus infections among Tyson employees — more than a third of the work force. Some are on ventilators. Three have died, according to Tyson.

The plant didn’t stay closed for long. As meat shortages hit grocery stores and fast-food restaurants, political pressure built to get the dozens of plants across the country that had shut down because of virus outbreaks up and running again. After an executive order by President Trump declared the meat supply “critical infrastructure” and shielded the companies from certain liability, Tyson reopened its Waterloo facility on Thursday.

New safety precautions have been added, like plexiglass barriers along the production line, infrared temperature scanners to detect fevers, and face shields and masks for the workers.

Now the question is: Will America’s appetite for meat be sated without sickening armies of low-wage workers, and their communities, in new waves of infection?

Workers and their advocates say Tyson’s actions — and recent federal safety guidelines — have come far too late. They point to lapses that Tyson made in the first three weeks of April, as the virus tore largely unimpeded through the Waterloo plant.

As high-level executives lobbied the White House to help protect Tyson from lawsuits, the company was failing to provide adequate safety equipment to Waterloo workers and refusing the requests of local officials to close the plant, according to more than two dozen interviews with plant employees, immigrant-rights advocates, doctors, lawyers and government officials.

While Tyson began changing its policies on short-term disability benefits in late March to encourage sick workers to stay home, many employees were not certain of the rules, and some went to work sick to avoid losing pay. Rumors and misinformation spread among workers, many of whom are not native English speakers. As the work force dwindled, fear gripped the plant.

Steve Stouffer, the head of Tyson’s beef and pork operations, said in an interview that the company had made the best safety decisions it could in a rapidly evolving situation. But he acknowledged that the company might have done more.

“Looking at it in the rearview mirror, you can always be better,” he said.

Sheriff Thompson said that he was thankful for the new safety precautions but that Tyson had been too slow to act.

‘A Time of Fear and Panic’

A squat gray building branded with the slogan “A Cut Above the Rest,” the Waterloo plant is Tyson’s largest pork operation in the United States, responsible for almost 4 percent of the nation’s pork supply. Before the pandemic, it operated around the clock, breaking down up to 19,500 hogs a day into cuts of meat that traveled on a fleet of trucks across the country.

It is tough, demanding work, usually performed by workers standing close together.

During a conference call on March 9, union leaders in the meat industry discussed how to spread out workers in plants and take other precautions to prevent an outbreak. But at the time, the problem seemed a long way away from eastern Iowa, said Bob Waters, president of the local union for the Waterloo plant.

“We thought it might come, but we hoped it didn’t,” he said. Iowa, like several other Midwestern states, never issued a statewide stay-at-home order.

By early April, however, the Black Hawk County emergency operation center had started getting complaints about dangerous conditions at the plant.

READ MORE:   CDC extends 'no sail' order for cruise ships as industry ravaged by the coronavirus

Workers and their relatives reported a lack of protective gear and insufficient safety protocols, and said employees were starting to test positive for the virus.

Tyson had put some precautions in place. In March, it began checking workers for fevers as they entered the plant and relaxed its policies so workers who tested positive or were feeling unwell would be paid a portion of their salary even if they stayed home.

But workers were still crowded together on the factory floor, in the cafeteria and in the locker room, and most did not wear masks. Tyson said it offered cloth bandannas to workers who asked, but by the time it tried to buy protective gear, supplies were scarce.

At least one employee vomited while working on the production line, and several left the facility with soaring temperatures, according to a worker who spoke on the condition of anonymity for fear of losing his job and local advocates who have spoken with workers at the plant.

Because of patient privacy laws, Tyson and the union had difficulty obtaining information from state officials about which workers had tested positive — hampering their efforts to isolate colleagues in close contact with them.

Older employees, as well as those with asthma or diabetes, became increasingly afraid of entering the plant.

“It was really a time of fear and panic,” said State Representative Timi Brown-Powers, who works at a coronavirus clinic in Waterloo. “They had not slowed the line down. They were not practicing any sort of social distancing.”

On the night of April 12, she said, nearly two dozen Tyson employees were admitted to the emergency room at a hospital, MercyOne.

Tyson employed interpreters to communicate with its diverse work force, which includes immigrants from Bosnia, Mexico, Myanmar and the Republic of Congo. But misinformation and distrust spread.

One worker who died had taken Tylenol before entering the plant to lower her temperature enough to pass the screening, afraid that missing work would mean forgoing a bonus, said a person who knows the worker’s family and who spoke on the condition of anonymity to protect their privacy.

Workers at the plant were confused about why so many colleagues seemed to be getting sick and missing work. Supervisors told them that it was the flu, some said, or warned them not to talk about the virus at work.

In an emailed statement, Tyson said it had “worked with the information available to us at the time to help keep our team members safe.” The company said earlier information from the Black Hawk County Health Department would have helped its decision-making.

Dr. Nafissa Cisse Egbuonye, the director of the Black Hawk County Health Department, said that before the state changed the rules on April 14 to help speed public health investigations, she was legally prevented from sharing the names of employees who had tested positive with the company. But she said that she had been in constant communication with the plant and shared her concerns.

“I think they had enough information,” she said, “to take the necessary measures.”

Iowa, an overwhelmingly white state, has long had a complicated relationship with meatpacking plants. While the industry is an engine of the state’s economy and the country’s food supply, it also employs many immigrants, who have faced periodic raids to enforce immigration laws.

Even with union representation, immigrants at the plant say they are afraid to raise concerns about working conditions.

“The narrative is shifting the blame to the workers, instead of focusing on the true incompetence, in my opinion, of the government, not just the governor, but also leaders here at Tyson,” said Nilvia Reyes Rodriguez, president of the Waterloo chapter of the League of United Latin American Citizens. “It was their responsibility to protect their workers.”

She added, “Because of the population in those industries, I think there is a disregard for those communities.”

Tyson said in a statement that it took pride in its diversity and that its immigrant workers have advanced to management positions, including at the Waterloo plant. But some of those tensions simmered as local politicians became locked in a struggle with the state and then the federal government over closing the plant.

After Sheriff Thompson’s visit, he and other local politicians began lobbying Tyson and Gov. Kim Reynolds for a shutdown. The governor sided with Tyson. She issued an executive order on April 16 stating that only the state government, not local governments, had the authority to close businesses in northeast Iowa, including the Waterloo plant.

“We’re making sure that the work force is protected and, most importantly, that we’re keeping that food supply chain moving,” Ms. Reynolds said.

But the number of infections continued to increase. After Tyson closed the plant, the company invited workers back for coronavirus testing. But that process may have infected more workers, said Christine Kemp, the chief executive of a local health clinic. Employees bunched together outside the plant and crowded the stairwells. Some left without being tested, afraid they would catch the virus in line.

The virus had already spread through the community, including to a nursing home where several workers are married to Tyson employees. The Tyson employees who have died included a Bosnian refugee survived by a grieving husband, and a man with three daughters. The mother died from cancer last year, and the oldest daughter, 19, will take guardianship of her sisters.

A maintenance worker at the plant, Jose Ayala, 44, is lying unresponsive on a ventilator. Zach Medhaug, 39, a fellow worker, has been calling him to talk to him and play his favorite music.

Mr. Medhaug also caught the coronavirus but has recovered and said he was ready to return to work. “But I’m also in a different position than some other people are,” he said. “I’m over Covid. For other people, it’s very scary.”

The political stakes of the reopening in Waterloo are high.

With meat supplies disrupted nationwide, the White House has pushed Tyson and other meat companies to continue operating. And Tyson officials have had plenty of chances to air concerns, dining at the White House and participating in several calls with the president and vice president in recent months.

Since he issued the executive order on April 28, Mr. Trump has been quick to declare that the supply chain is back on track.

Asked Wednesday about a hamburger shortage at Wendy’s, he turned to the secretary of agriculture, Sonny Perdue. “Basically, you’re saying, in a week and a half, you think everything is going to be good, or sooner?” the president asked.

“Yes. These plants are opening as we speak,” Mr. Perdue said.

“You’re going to have to push them,” the president replied. “Push them more.”

But the reopening may have to proceed in fits and starts. Tyson executives cautioned that it would take time to return to normal. The Waterloo plant reopened on Thursday at about 50 percent capacity. And ramping back up could take weeks as workers return from quarantine.

Mr. Stouffer, the Tyson executive, said he hoped the worst was over. But health officials warn that a rush to full production could cause a second wave of infections.

“History will be the judge, eventually,” Mr. Stouffer said. “But we have attempted very hard, our entire team, our entire organization, from the chairman of the board on down, to do the right thing.” 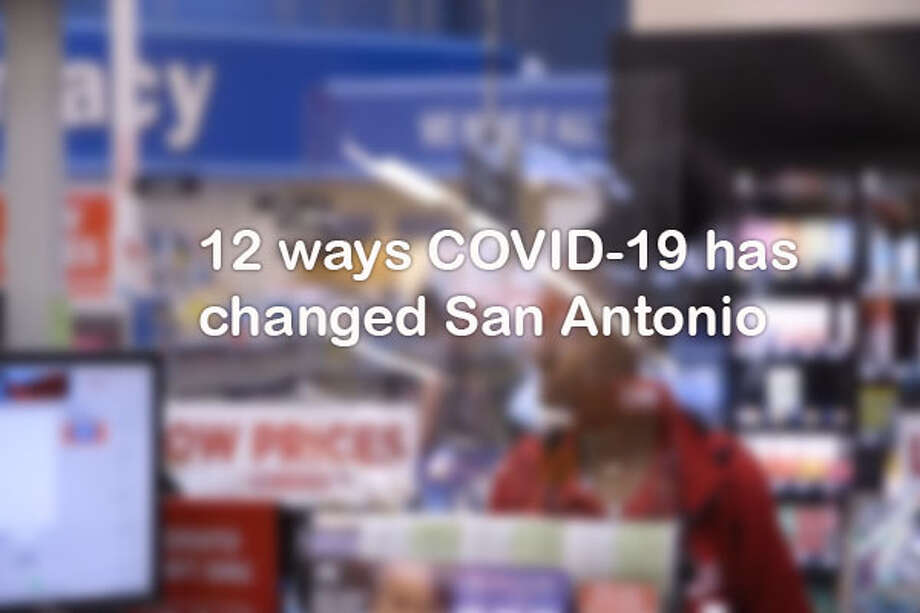 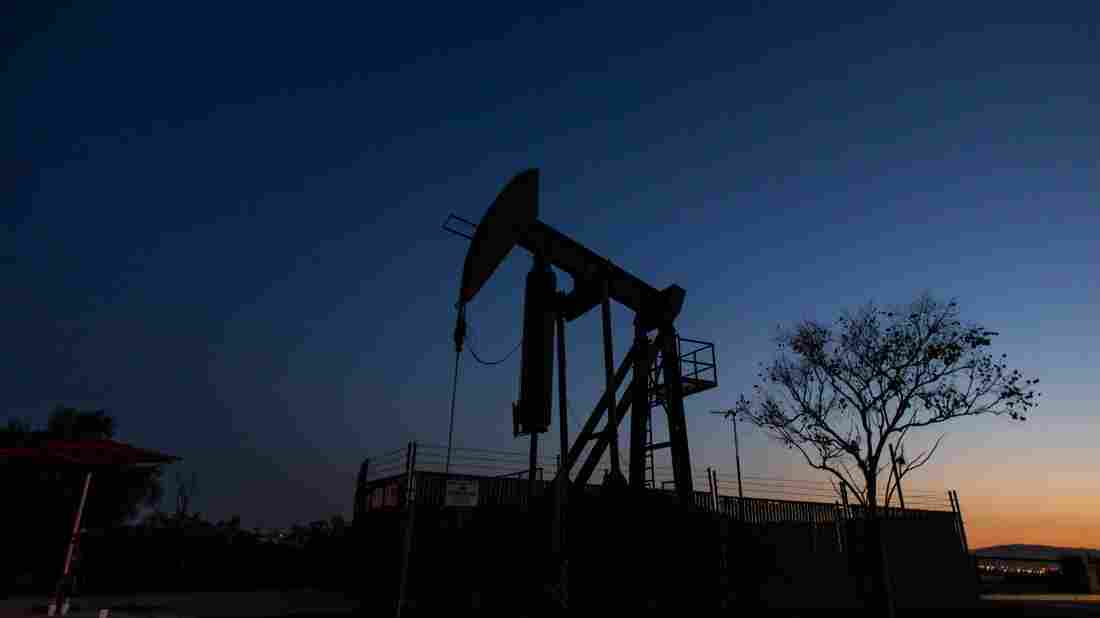 Retail shopping resumes in Cumberland County’s yellow phase: What it’s like at one Camp Hill store