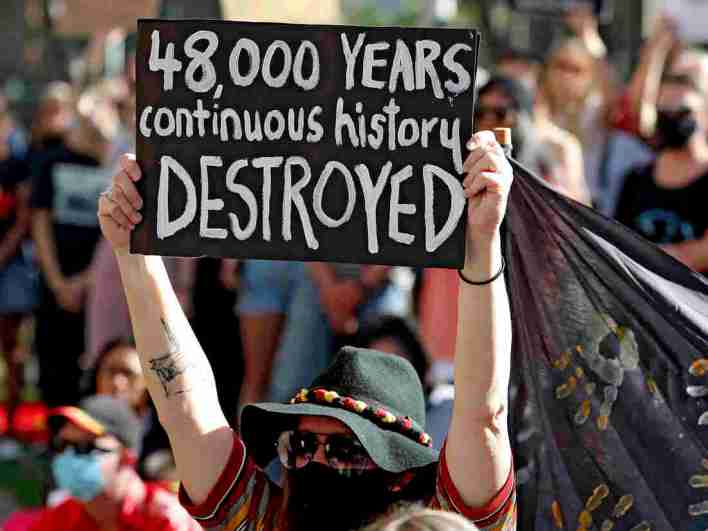 Protesters rallied outside the Rio Tinto office in June in Perth, Australia, after the destruction of Indigenous heritage sites the month before. 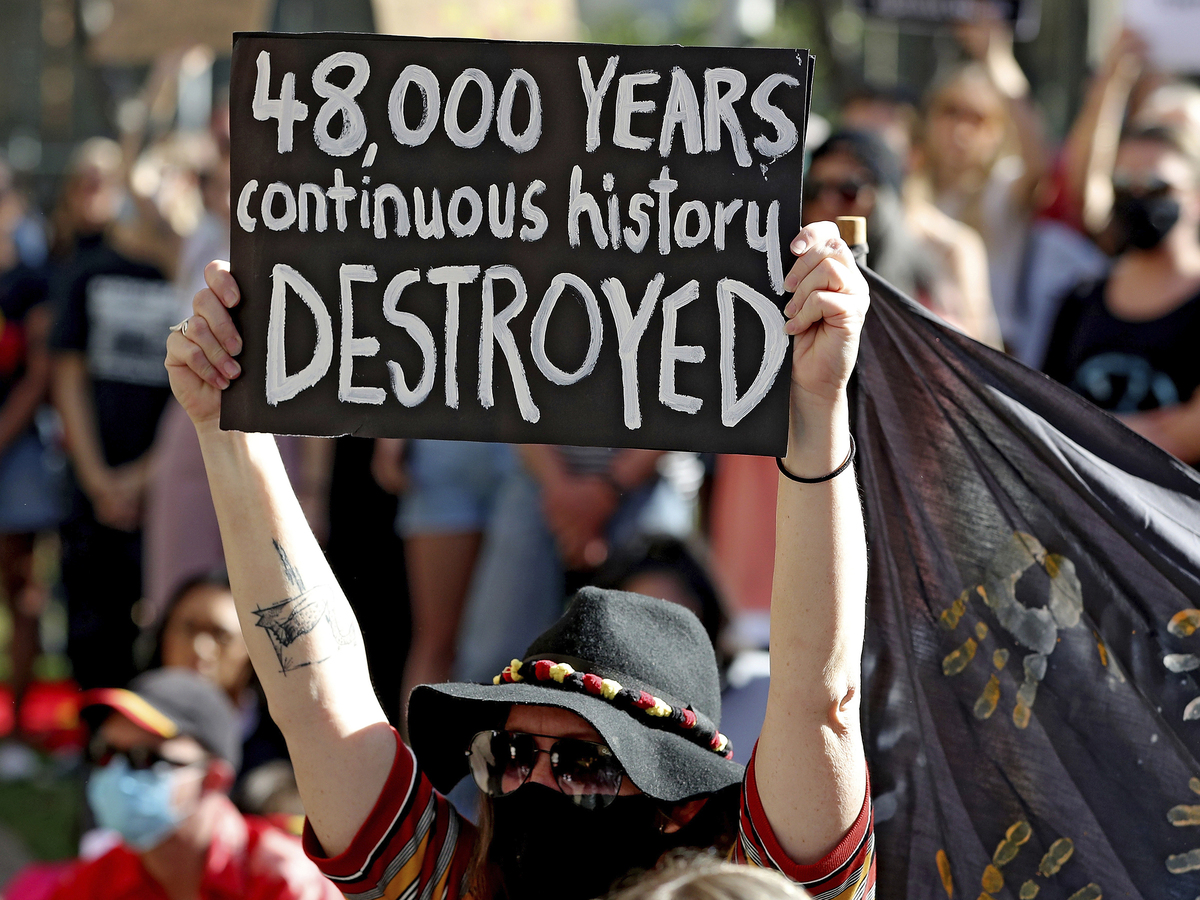 Protesters rallied outside the Rio Tinto office in June in Perth, Australia, after the destruction of Indigenous heritage sites the month before.

Mining giant Rio Tinto is parting ways with its chief executive as it tries to quell public anger over the company’s destruction of a 46,000-year-old sacred Aboriginal site in Australia.

In May, the company blasted through two rock shelters in Juukan Gorge in Western Australia in order to mine iron ore. Evidence of human habitation there dates back tens of millennia.

The destruction in the Pilbara region was not illegal under Australian law, according to local media reports. Rio Tinto obtained permission to mine in the area in 2013, “a right which was not affected by the discovery of ancient artefacts such as stone relics, faunal remains and human hair in one of the Juukan caves a year later,” Australia’s ABC noted.

But “what happened at Juukan was wrong,” the company’s chairman, Simon Thompson, said in a statement Friday. “We are determined to ensure that the destruction of a heritage site of such exceptional archaeological and cultural significance never occurs again at a Rio Tinto operation.”

Jean-Sébastien Jacques, the company’s chief executive and executive director, will depart by “mutual agreement,” Rio Tinto said. He’ll remain in the role until a replacement is found or by March 31, whichever comes first.

A month after the destruction in Juukan Gorge, the company issued an apology and said it would support strengthening legal protections for Aboriginal heritage sites.

Last month, after a board review, Rio Tinto stripped the three executives of performance-related bonuses for this year. That review concluded that even though the company had legal permission, its actions “fell short of the Standards and internal guidance that Rio Tinto sets for itself.”

Friday’s announcement came after “significant stakeholders have expressed concerns about executive accountability,” according to the company.

“We are also determined to regain the trust of the Puutu Kunti Kurrama and Pinikura people and other Traditional Owners,” Thomson said.

Critics of Rio Tinto say there is abundant evidence that the company was aware of the site’s importance before the blasting. For example, as the BBC reported, “last week it was revealed that in the days running up to the caves’ destruction in May, Rio Tinto hired lawyers in case opponents tried to seek injunctions to stop them.”

The Puutu Kunti Kurrama and Pinikura Aboriginal Corporation released a statement saying their people had no comment on the executive shakeup, ABC reported.

“We will continue to work with Rio Tinto in the aftermath of the Juukan Gorge disaster,” the statement said.

“Our focus continues to rest heavily on preserving Aboriginal heritage and advocating for wide-ranging changes to ensure a tragedy like this never happens again.”

Jamie Lowe is the chief executive of the National Native Title Council, which advocates for Australia’s traditional owners of the land. He said the group welcomes the changes at the top of Rio Tinto, but stressed there is more to be done.

READ MORE:   Now's the Time to Buy These Stocks

“We do fear that if this is the behaviour of a company thought to have sector-leading standards, what is the risk another Juukan Gorge-type incident will happen again, without sector-wide reforms?” Lowe said in a statement.

He said Rio Tinto has so far refused to carry out an independent review of what led to the destruction — a step that the traditional owners see as critical to prevent further losses to priceless Indigenous sites.

Stein Mart files for bankruptcy and plans to close most, if not all, of its stores

China Would Rather See TikTok Go the Way of Vine Than Bow to U.S. Pressure: Report