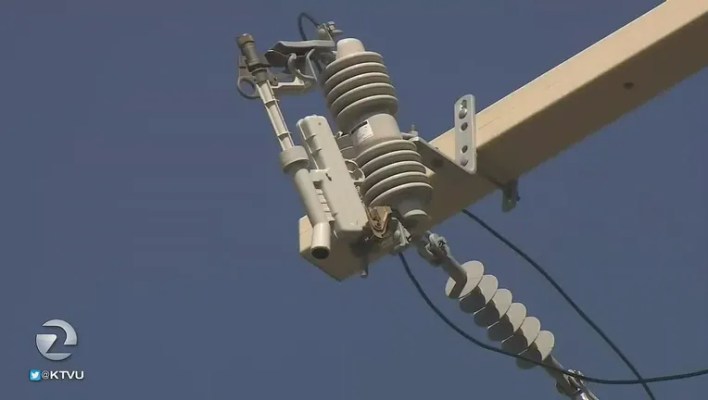 Power outages are expected to be fully restored in San Jose on Friday.

SAN RAFAEL, Calif. – Restoration of power is underway after rotating outages were ordered throughout the State of California Friday evening leaving thousands without power amid a heatwave.

Pacific Gas and Electric says the the state grid operator, California Independent System Operator (CAISO), has asked customers to conserve power Friday until 11 p.m., due to strain on the power grid.

Other power utilities throughout the state have been asked to take the same action, PG&E said.

The utility began shutting off power in rotating outages under CAISO’s direction. By 11 p.m., PG&E said power was restored for as many as 220,000 impacted customers. Some customers did not have power due to separate heat-related issues, the utility said.

The outages can last up to one hour for each block, the utility said. However, KTVU’s Tom Vacar said he experienced an outage for more than two hours. Due to the nature of the emergency, PG&E said customers would not receive advance notification of the potential outages.

The company updated the situation Friday night and said the evening’s initial rotating outages helped stablize the grid. They said they would work to have full restoration for customer’s power to be back on by 11 p.m. The utility said they are not planning any new outages for Friday night.

CAISO said they will decide whether to continue the rolling outages on a day-to-day basis as the heat wave wears on, likely through the middle of next week.

Shortly after 6:30 p.m., the grid operator declared a Stage 3 Electrical Emergency, where demand has outpaced suppply. Rolling power outages have not been ordered in the state since 2011.

KTVU’s Tom Vacar says PG&E and the CPUC has some explaining to do regarding Friday night’s rotating outages where the power drain was nowhere near the utility’s threshold.

“Extreme heat is really the driver behind this,” said Anne Gonzales, spokeswoman for the power grid operator.

The rotating outages are not to be confused with the Public Safety Power Shutoffs that occur as a preventative measure during peak fire season.

“The safety of our customers and the communities that we serve is PG&E’s most important responsibility. We urge our customers to take immediate steps to reduce their power usage. We will work to restore power safely and as quickly as we are able,’ said Michael Lewis, Interim President of PG&E.

While a Stage Emergency is a significant inconvenience to those affected by power outages, it is more beneficial to manage with controlled measures rather than allow it to cause widespread and more prolonged disruption.

There are two large power outages in the cities of San Rafael and San Mateo Friday evening.

There is no estimated time for when power will be restored in those two cities.

San Francisco is showing multiple areas of outages including parts of Hayes Valley, Civic Center, South of Market and the Mission District. More than 5,000 customers there are affected.

How to hunt down a used-car deal from a rental company like Hertz, Enterprise during coronavirus

How a Nashville guitar maker, Novo, struck a new chord after COVID-19 shut down its business

Austin-Travis County moves down to Stage 3 of COVID-19 risk guidelines, residents should still use caution