The coronavirus pandemic has now claimed one of the country’s oldest and most prestigious retailers.

Brooks Brothers — pioneer of the polo and uniform of the polished prepster — filed for Chapter 11 bankruptcy court protection from creditors on Wednesday, as it continues to search for a buyer.

The retailer, founded in 1818, boasts of having dressed 40 U.S. presidents and countless investment bankers. Early to the office-casual look, it became known for its crisp oxfords and jaunty sports jackets. But rent had become a burden, and the pandemic torpedoed a sale process that began in 2019.

“Over the past year, Brooks Brothers’ board, leadership team, and financial and legal advisors have been evaluating various strategic options to position the company for future success, including a potential sale of the business,” a spokesperson for the retailer said.

“During this strategic review, Covid-19 became immensely disruptive and took a toll on our business.”

The brand has attracted significant interest from potential acquirers, including brand-licensor Authentic Brands, but many have preferred to buy the brand with fewer stores, CNBC has reported.

In early April, it began to evaluate which of its roughly 250 North American stores to close. It has already decided to close about 51, a decision it attributes to the pandemic. Most of those closures have already begun, and the company has moved inventory from the targeted stores to distribution centers. The retailer is proceeding with plans to reopen the majority of stores it shut due to the pandemic.

“We are in the process of identifying the right owner, or owners, to lead our iconic Brooks Brothers brand into the future,” the spokesperson said.

“It is critical that any potential buyer aligns with our core values, culture, and ambitions. Further details on the sale process will be made available in the coming days.”

Brooks Brothers generated more than $991 million in sales last year, roughly 20% of which were online. It has wholesale agreements with retailers like Macy’s and Nordstrom and contracts to manufacture uniforms for NetJets, United Airlines and others.

To support its operations in bankruptcy, Brooks Brothers has secured $75 million in debtor-in-possession financing from brand management firm WHP Global, which is backed by Oaktree Capital and BlackRock. That comes on top of a $20 million loan it secured from Gordon Brothers in May.

By Aug. 15, it will cease its manufacturing work at facilities in Massachusetts, North Carolina and New York, where it produces suits, ties and some shirts. Those facilities produce about 7% of the brand’s goods.

Brooks Brothers is the latest retailer to succumb to the pandemic. It follows Neiman Marcus, J.Crew and J.C. Penney, which have all filed for bankruptcy court protection from creditors in the last few months.

But unlike many retail trailblazers, Brooks Brothers is not buckling from debt leftover from a private equity-led leveraged buyout that left its owner unable to invest in the storied brand.

Instead, it is owned by its CEO, Claudio Del Vecchio. Del Vecchio, son of the founder of Italian eyewear giant Luxottica, has focused on restoring the brand’s quality since acquiring it from British retailer Marks & Spencer in 2001.

Those efforts appeared to have borne fruit. One senior banker who spoke to CNBC said he still wears the brand’s basics under his more expensive suits. He requested anonymity because he did not want to talk publicly about his basic wear.

But leases from the expansion of its footprint have become costly. The retailer had roughly 160 retail stores in the U.S. when Del Vecchio acquired it two decades ago, about two-thirds of the 236 U.S. stores and outlets it currently claims.

And like every retailer, it has had to rethink its retail strategy as the coronavirus pandemic has forced its stores to close.

Meanwhile, competition from younger brands like Bonobos and Lululemon has cropped up, even as Brooks Brothers has expanded further into sportswear and brought in trendy designer Zak Posen to reach more modern customers.

And as the unemployment rate rises and those who do have jobs continue to work from home, it is increasingly difficult to get Americans to buy nicer clothes, let alone wear them.

Retail traffic declines have accelerated over the past two weeks, as Covid-19 cases surge nationwide, including hot spots in Florida and Texas. 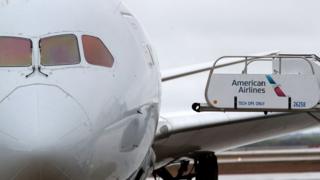 Oil now a ‘bigger problem for markets than the coronavirus,’ analyst says