LAS VEGAS (KTNV) — Tens of thousands of desperate, out of work Nevadans are counting on a judge to force the state’s unemployment division to pay benefits to people who haven’t gotten any CARES Act money yet.

The question so many people have is “What’s taking so long?”

But a former Department of Employment, Training, and Rehabilitation adjudicator says “Don’t believe it,” because, she claims, the real fraud is coming from the agency itself.

And those who count on it know just what she means.

“I think it’s disgusting that taxpayers, people who are the backbone of the economy, have to go through those great lengths just to receive what is allotted to them,” said PUA claimant Tabitha Asare.

Feher says to not count on that either. “It’s just corrupted,” she said.

Feher retired from Nevada’s DETR in 2019, after 10 years as an adjudicator.

“After working for unemployment for so many years, I always said ‘If it’s logical or reasonable, unemployment is not going to do it.’ And it’s unfortunate, but it’s true.”

She says the current situation with Pandemic Unemployment Assistance, or PUA, is evidence of that.

“It’s even worse than the regular unemployment system. It’s completely messed up. Some of the information that they ask for does not apply to self-employed or gig workers! And it’s extremely difficult to get through it,” Feher said.

Tens of thousands of self-employed and gig workers have been waiting for months with no money, even after being found eligible for benefits.

The current class-action lawsuit seeks to force a fix, but Feher and Steve Zuelke, another former insider we spoke to, both say DETR’s defenses to the lawsuit don’t pass the smell test.

“I think there have been some excuses,” Zuelke said.

Feher added, “They’re saying that it’s taking longer because they’re afraid of fraud, which is such a fallacy! Number one, there’s always been fraud. Okay? And there’s a whole department that works fraud.”

13 Investigates found some of DETR’s problems may be self-inflicted – caused by software glitches they wrongly blame on claimants.

For example, DETR cited a fraud concern after a sudden uptick in new claims, which came after a system glitch that wiped out people’s claim history, forcing them to reapply.

“You have used the words ‘systemic incompetence’ to describe DETR. You believe that that’s the case?” Darcy Spears asked.

“Oh, I do. Absolutely,” Feher responded.

After asking about the “new claim” issue for weeks, 13 Investigates got a response from DETR acknowledging it was their error.

Their statement says, “We worked with the vendor in investigating and addressing this matter. This issue was not universal to all users” and was resolved “with no loss of claimant information.”

“They change the rules as they please, to please them,” Feher said.

Another potential fraud fallacy? DETR told the court that claims backdated to February were a sign of potential fraud, but the agency itself gave eligible people the option to backdate to the week of Feb. 2. Still, they froze the claims.

“I don’t know what kind of fraud they’re talking about; I just think it’s an excuse not to pay people,” said Feher.

Another DETR red flag is “Out of area IP addresses.” But according to the lawsuit, DETR fails to acknowledge a common network feature that inserts fictitious IP addresses for security reasons.

“It’s a typical bureaucratic – they try to make things so that they think they’re making themselves look good at the expense of the people who they’re supposed to be trying to help,” said Feher.

DETR continues to cite fraud but won’t say how many fraud cases there really are or how much money has actually been lost to fraud.

They say they can’t comment “In order to maintain the integrity of these investigations.”

Feher points out that “Most of the people who commit fraud are very, very savvy on how to do it. You’re dealing with a situation right now where you have people who are not really savvy, who are just trying to help their families get some assistance that they were told they’d be able to get!”

The lawsuit says, “DETR’s method of operation is ‘everyone is guilty until proven innocent.’ Meanwhile, people lose their homes, families, sanity, self-worth, and become an even bigger drain on Nevada’s economic recovery.”

Feher said DETR had the chance to get ahead of the game when they spent $40 million on a computer system upgrade several years ago.

“We got a terrible system,” Feher answered. One she calls confusing, convoluted and full of deliberate delays designed to make claimants give up.

“I think it’s definitely set up to create roadblocks and to make it easier to deny,” she said.

The lawsuit echoes that, saying DETR “Uses a systematic campaign to deny benefits rather than approve them.”

“They want to just keep as much money as they can, let’s face it,” said Feher. “It has to do with funding. That’s all they care about. And they’re keeping their jobs, of course.”

Feher says the one person who can make a difference is also failing Nevada families.

“If someone from the governor’s office calls someone from unemployment, that’s when something happens,” Feher recalls, saying she saw it time and again during her decade at DETR.

But Gov. Steve Sisolak continues to defend DETR, saying they’re overwhelmed and doing the best they can.

Feher believes he’s trying to save face after failed appointees at the agency’s helm.

“People are suffering! If you really wanted to get something done, why didn’t they hire someone who actually knew something about unemployment?” Feher said.

She and Steve Zuelke say lack of experienced leadership has contributed to the current crisis.

“Not only in the face of a lawsuit but in the face of humanity, in the face of tens of thousands of people who are losing everything because of system inefficiencies and lack of steady leadership, you’d think that someone would come in and say ‘We need to pull out all the stops,'” said Zuelke.

READ MORE:   Elon Musk vs. Bill Gates: Why they're feuding over the coronavirus

Feher has a simple message for her former employer:

“Get your act together. Take care of your people and do what you’re supposed to do.”

A new plaintiff’s motion filed Thursday asked the court to order DETR to pay eligible claims immediately, noting there’s no appeal process available, even though DETR says there is.

On Friday afternoon, Attorney Jason Guinasso, who was appointed as a Special Master to investigate and advise the court, filed his findings and report.

In the report, Guinasso says Nevada should consider partnering with the private sector, deploying the National Guard – as other states have done – and moving to cloud-based online process and call centers.

His findings show the primary bottlenecks and fractures in the system appear to be:

Lack of an appeal process for PUA applicants is a major issue highlighted in the report as a violation of legal due process.

PUA claimants do not have a way to appeal written determinations and haven’t had that since May 16. They have not been able to be heard, so their only option was to hire an attorney and sue.

This suggests that their due process has been violated by DETR.

Guinasso said making a decision that deprives someone of their property (in this case, unemployment benefits) without a fair hearing violates due process of law.

“With no appeal process, there’s no remedy available to recover benefits unjustifiably denied or delayed as a result of DETR decisions or non-decisions,” Guinasso wrote.

DETR says because PUA is new, a new appeal process must be established.

NOTE: An appeals module is EXPECTED to go live the morning of July 18. Then claimants will have 30 days to file appeals.

Guinasso’s report also confirms that Nevada was the last state in the nation to begin delivering PUA benefits to its claimants.

“In trying to explain the delay, DETR officials stated that because the existing system used by regular UI claimants was unable to handle the increased volume of PUA applications, the state was forced to contract with a third-party company to design an entirely new application system. While Nevada was unable to have its system operational until mid-May, several other states were able to design and implement new PUA application systems as early as mid-April. When Nevada finally launched its system for PUA claims on May 16th, all other states had already begun accepting and processing applications.”

Judge Barry Breslow is scheduled to make a decision on Monday. 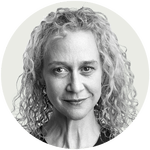