Target has finally announced the date for its big annual shopping event — and it just so happens to coincide with Amazon’s Prime Day.

Target’s Deal Days event will take place on October 13 and 14 and “will feature digital deals on hundreds of thousands of items, more than double last year,” the company said in a statement on Monday.

Target did not address the fact that Amazon’s annual discounting event, also announced on Monday, will take place on the same two days. The giant retailers have overlapped and locked horns before over their competing sales events.

In launching its two-day shopping event in 2018, Target took a swipe at Amazon’s $119 Prime membership fee by pointing out that Target shoppers don’t need to be members to get its discounts.

The program’s debut, which offered up to 50 percent off home goods, apparel and national brands, ended up being one of the biggest days of the year for Target’s online sales, the company said at the time.

Amazon’s Prime Day is usually held in July, but it postponed the five-year-old shopping extravaganza this year due to the coronavirus, which strained Amazon’s ability to deliver and fulfill orders in the early days of the pandemic.

Now that its been moved to October, Prime Day is expected to be the largest shopping day of the fourth quarter, overshadowing both Black Friday and Cyber Monday, according to a Retailmenot survey of retailers.

One reason is that other retailers are expected to jump on the Oct. 13-14 bandwagon, said Sara Skirboll, a shopping and trends expert at Retailmenot, which tracks deals. Retailers are expected to offer the deepest discounts of the year at this time in part to appease shoppers looking to avoid the holiday crush as well as delivery delays caused by the coronavirus.

Forty-six percent of shoppers this year say they will start their holiday shopping earlier, up from 38 percent last year, Skirboll said.  “We know that shoppers are looking to start shopping earlier than ever, because they are concerned about getting their items on time this year.” 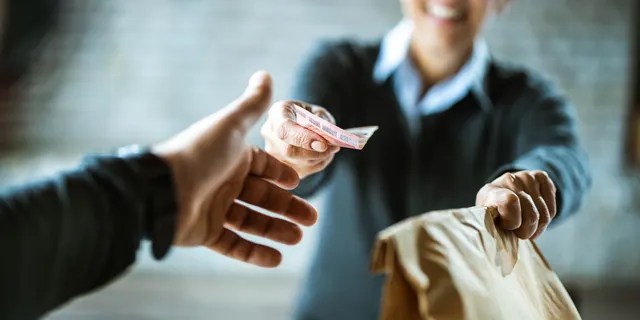 How to get food delivered safely during coronavirus pandemic

Bloomin’ Brands CEO says beef and seafood costs are falling, an ‘opportunity’ for its restaurant chains