The market still seems to be nursing a post-Federal Reserve hangover, though seemingly because of too little rather than too much liquidity the central bank said it would add to the proverbial punchbowl.

But the bigger picture in markets is the performance of the technology sector. Even with losses in seven of the past 10 sessions, the Nasdaq Composite
COMP,

through Thursday had still gained nearly 22% in the midst of a pandemic, and bounced 59% off its March lows. This week’s strong demand for initial public offerings from the likes of Snowflake
SNOW,

show demand for technology stocks is still there.

Strategists at Credit Suisse say the word “bubble” isn’t appropriate for the tech sector. Technology investment share of gross domestic product, and capital expenditure to sales, are only slightly above their norms, and forecast revenue growth is in line with trends, they say. The London-based team, led by Andrew Garthwaite, adds that, during bubbles, price-to-earnings ratios tend to widen out to 45 to 72 times earnings; the Nasdaq right now is on 37 times earnings.

But even if they don’t apply the word “bubble,” the Credit Suisse strategists do concede there are risks. In software, the ratio of price to sales is elevated, and the top five stocks now represent 26% of market capitalization, which is nearly as high as the 30% in Japan in 2000. A vaccine for COVID-19 may boost sectors most sensitive to the virus, such as financials, real estate and leisure, and that would be a negative for tech. Another big threat is on the regulation front — and not so much antitrust but taxes. A sales tax of 4%, which is similar to proposals made in France and the U.K., would take 20% off profits.

as software stocks they like. Excluding stock-based compensation, Microsoft has a free cash flow yield of 2.6% this year, and SAP is on 2.3%. Software also has the advantage of having defensive characteristics, as companies try to cut costs by automating. SAP’s U.K. business experienced double-digit growth in the quarters following the Brexit vote, and its oil and gas-related business had its strongest quarter when the oil price fell below $30 per barrel in 2016.

Ericsson is their top telecom equipment pick for the move into 5G, with rivals Huawei and ZTE effectively phased out by U.S. scrutiny of the Chinese companies. Only 5% of smartphones are 5G, Credit Suisse points out. In semiconductors, they highlight ASML
ASML,

for their “natural monopolies,” as well as Samsung Electronics
005930,
.
Credit Suisse also is positive on China internet/tech names, even with the tough U.S. rules, highlighting Tencent and Alibaba
BABA,
.

The strategists are neutral on Apple
AAPL,
,
as the Credit Suisse team point out the size of Apple’s addressable market are those making at least $12,000 a year, amounting to a market cap of $1,680 per head for those 1.25 billion people. That requires $560 in spending per person, which “appears ambitious, even if 15%-20% of Apple’s revenue are corporate customers.”

market cap representing 64% of the rest of the global automobile sector. But neither Google owner Alphabet
GOOG,

looks expensive on earnings relative to the market, and both look attractive when comparing their free cash flow yield to the 10-year Treasury
TMUBMUSD10Y,
.

Friday is when key futures and options markets contracts expire — so-called quad witching — which can inject volatility into markets.

The University of Michigan’s consumer sentiment index for September is the key economic release. The latest reading of the New York Federal Reserve’s weekly economic index declined to a reading of -5.11%, which is considerably better than the worst level of -11.45% in late April, but off the peak of -4.81% in late August. St. Louis Fed President James Bullard is due to discuss the recovery from the coronavirus pandemic.

The Federal Reserve late on Thursday said it may extend limits on bank stock buybacks and dividends into the fourth quarter.

The Commerce Department issued an order prohibiting new downloads of TikTok or WeChat but gave a Nov. 12 deadline for resolving national security concerns of TikTok. Relatedly, Committee on Foreign Investment in the U.S. has asked gaming companies to provide information about their data-security protocols involving China’s Tencent Holdings
700,
,
Bloomberg News reported, citing people familiar with the matter. Tencent is an investor in Activision Blizzard
ATVI,
,
among its many gaming links.

said it is buying U.S.-based company Cradlepoint for $1.1 billion to boost its 5G offerings for enterprise customers.

The market
After a 130-point decline for the Dow Jones Industrial Average
DJIA,

and easyJet
EZJ,
,
were hit hard on Friday amid growing concern about rising infections in Europe. U.K. health minister Matt Hancock told Sky News the U.K. government wasn’t ruling out a second lockdown, as the World Health Organization warned of a “very serious situation” in Europe.

READ MORE:   Many stores on Rockford's east side boarding up, closing early Saturday

Are markets getting too excited by the U.S. elections? Derivatives analysts at BNP Paribas point out the options market is pricing in a much more volatile stock market move than normal. They also note that open interest in calls on the VIX
VIX,

stock market volatility index are close to five-year lows. “This makes it less likely that VIX will have an explosive move higher going forward, in our view,” they say.

Thailand has deployed an army — of ducks — to fight pests in rice paddies.

An alligator on helium won an award.

One way to measure the ocean’s heat is through sound.

Need to Know starts early and is updated until the opening bell, but sign up here to get it delivered once to your email box. The emailed version will be sent out at about 7:30 a.m. Eastern.

Georgia to ship anti-viral drug to hospitals to fight coronavirus 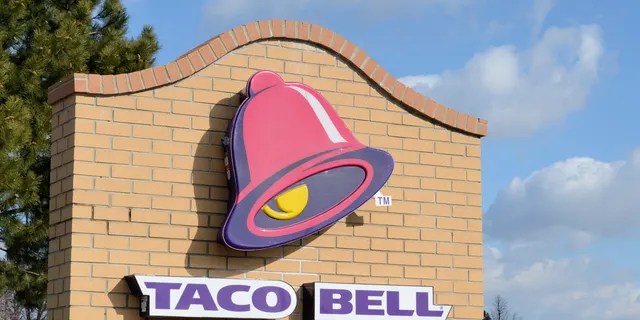 Ray Dalio Sees Enemy Within as He Ponders U.S.-China Clash