David Tepper’s fund Appaloosa took a number of new stakes in mostly communication services, technology an payment platforms over the past 45-day period, according to regulatory filings submitted to the Securities and Exchange Commission on Friday, known as 13Fs. Appaloosa acquired more than 9 million shares in AT&T
T,

worth $102.5 million. Appaloosa also purchased 1.6 million shares of Altria Group Inc. for about $61 million, representing a new position in the tobacco company. Incidentally, while the 13F fillings for Warren Buffett’s Berkshire Hathaway
BRK.A,

was unloading more than a quarter of its position in Wells Fargo & Co.
WFC,
,
Tepper boosted his position by more than 170%, buying 1.2 million shares of the San Francisco bank, representing 0.8% of Appaloosa’s overall portfolio from 0.6%. The company also picked up 1.4 million shares of Emerson Electric Co.
EMR,
,
worth $87 million, about 1.5% of the fund’s portfolio. Large investors must disclose long stock positions held at the end of a quarter 45 days later in a 13F filing with the SEC, which means such filings are merely a snapshot of an investor holdings at a given point. 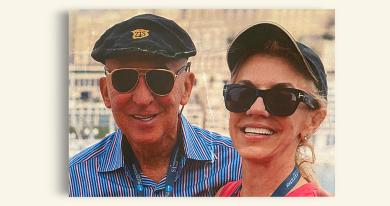 How To Hide A Billion Dollars: Three Techniques The Ultra-Rich Use To Dodge Ex-Spouses, The Taxman And Disgruntled Business Partners