Social Security is vital for the financial survival of tens of millions of retirees. The majority of Social Security recipients rely on the program for most or all of their income. Even for those with other financial resources, the monthly checks they get from Social Security go a long way toward providing financial security.

Every year, seniors anxiously await word on how much they’re going to see their benefits go up at the beginning of 2021. That’s because Social Security payments get adjusted for inflation each year. Yet with deflationary pressures related to COVID-19 early in 2020, some feared that the 2021 Social Security cost of living adjustment (COLA) might be extremely low or even zero. That now looks unlikely, but no one’s going to be all that happy with the size of the raise they’ll likely see come January. The COLA for each year depends on a particular measure of inflation. The CPI-W represents prices of a range of goods that people need, and when the overall costs of that basket of goods go up, it pushes the index higher.

However, 2020 brought deflation into the mix. When the COVID-19 pandemic hit, energy prices in particular plunged, as demand for gasoline and other fuels for transportation essentially disappeared. That sent CPI measures downward, and as recently as May, the CPI-W reading was lower than it had been at the same time in 2019. If prices had stayed that low, then it would’ve meant no COLA for Social Security for 2021.

Prices did start to move higher more recently, as reopening efforts helped to push energy prices in particular back upward. It’s taken a couple of high-inflation months in June and July to get back to a more typical price trajectory, but now, seniors are almost guaranteed to get something extra in their checks starting in January.

Two down, one to go

The Bureau of Labor Statistics gave Social Security recipients its latest update on the measure of inflation on Friday. The August inflation figures included a 0.4% rise for the CPI-W, bringing the level to 253.597.

When you combine that number with July’s CPI-W reading 252.636, you get a two-month average of 253.117. The calculation is still missing one month, because you have to compare this year’s three-month average from July to September with last year’s average over the same period to get the official COLA number.

How big a raise will that mean?

COLAs get applied to Social Security checks, so the bigger your benefit, the bigger your increase will be. The average retiree in August got $1,517 per month from the program, so a 1.2% to 1.4% COLA would work out to between $18 and $21 more in monthly checks in 2021. The typical surviving spouse gets a $1,432 monthly payment right now and could see $17 to $20 extra next year.

Even the maximum benefit won’t see a huge raise. The theoretical limit for someone age 70 is $3,790 per month. A COLA would likely come in between $45 and $53 per month.

It’s nice, though, that Social Security will at least get something tacked onto their monthly benefits in 2021. As hard as it is to live on a fixed income, COLAs are essential to make sure the purchasing power of Social Security doesn’t erode over time. 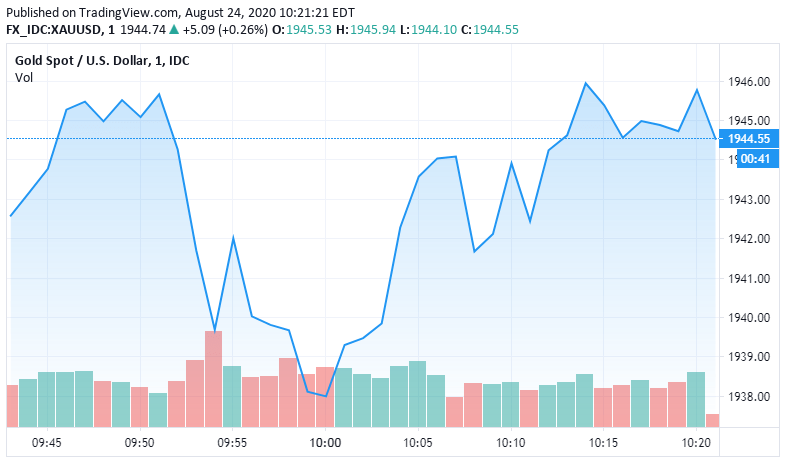 Gold and silver do not look good

U.S. Shale Ready To Fire Back In The Oil Price War