Lucid Motors unveiled its first vehicle, the Lucid Air electric sedan, at a virtual event from the company’s Silicon Valley headquarters. The sedan will get up to 517 miles of range, can hit a quarter-mile in under 10 seconds, packs over 1,000 horsepower, and will have a base price of “under $80,000” (as long as the federal government sees fit to continue to give out tax credits to EV buyers).

The Lucid Air is over a decade in the making. Founded as Atieva in 2007, the company got its start making high performance batteries for all the Formula E racing teams. It changed its name to Lucid Motors in 2016 with the promise to to make a midsized sedan that feels like a massive, roomy flagship vehicle. The vehicle was supposed to be unveiled at the New York Auto Show earlier this year, but got delayed by the coronavirus pandemic.

Under direction of the former Tesla Model S lead engineer Peter Rawlinson — then Lucid Motors’ CTO, now its CEO — there is a sense in the automotive world that Lucid has the internal knowledge and technical chops to tease Tesla’s grip as maker of the ultimate electric luxury sedan.

Now we’ll finally find out whether that’s true. It seems as if every electric vehicle that’s released these days is inevitably held up against Tesla for a comparison. But few electric vehicles have actually Tesla DNA running through their bloodstream. The Lucid Air is one of those vehicles.

That’s not to say the Lucid Air is some Model S knockoff. Far from it, as the Air seems to outperform the Model S in a variety of categories (range, acceleration, charging time). What it means is that the Air was designed by people who claim to have intimate knowledge of Tesla’s path to global EV domination. It’s a familiarity that is sure to intrigue customers with big bank accounts and extra space in their driveway — just as much as it appears to annoy Tesla CEO Elon Musk. (Musk huffed on Twitter late Tuesday that “Rawlinson didn’t design Model S.”)

Unlike other so-called “Tesla killers,” though, Lucid Motors has wealthy backers and global reach to successfully challenge Musk. And now, with its first production car out in the open and the announcement that it is officially working on an SUV as a followup, Rawlinson’s plan to steal customers from his former employer will finally be put to the test.

Most of the Lucid Air’s specs have been announced. The company’s media strategy has been to release a new tidbit every week for the past month leading up to the actual unveiling. That way, instead of one story about a new car containing all the relevant information, you get nearly a dozen, each about its own separate feature.

It feels as if we already know a lot about this car even though today is its official public debut. Heck, The Verge went for a ride in an engineering prototype back in 2017.

But in case you haven’t been following that closely, here’s the rundown:

Trim level and pricing are some of the newest bits of information, so let’s dive into that for a moment. There will be four versions of the Lucid Air: the base Air for $80,000 (minus tax credits); Air Touring for $95,000; Air Grand Touring at $139,000; and Air Dream Edition at a whopping $169,000 — each with its own range, performance specs, and charging estimates.

Like many EV makers, Lucid is hoping to replicate Tesla’s strategy of selling a lot of really expensive cars in the hopes of making enough money to eventually produce something more mass-market.

Lucid Air lineup at a glance

Another new feature is Amazon’s Alexa voice assistant will be natively integrated into the Air. That means drivers will be able to use Alexa to control the vehicle’s navigation, answer calls, change radio stations, and even link up with their Echo device at home.

Robust voice recognition is more than just a novelty, though. It can be a key element in reducing driver distraction. Being able to toggle between the directions, temperature, and Spotify while keeping my eyes on a road made me a better driver and reduced the likelihood that I’d swerve or let my attention wander. Smartphones and digital infotainment systems that invite a lot of scrolling or tapping are obvious distractions, and tech companies need to come up with better ways to mitigate that problem.

The most striking thing about the Air is that it’s a sedan. The US auto market is currently drowning in big, hulking vehicles, with SUV sales making up nearly 50 percent of all vehicles purchased in 2019. By 2025, experts predict light trucks and SUVs will make up over three-fourths of the US market. But Lucid isn’t going after those car buyers — at least not yet. (More on that later.)

Lucid isn’t the only EV maker to lead with a sedan. Volvo offshoot Polestar recently began delivering its impressively minimalist Polestar 2 sedan to customers in the US. But most new electric vehicles being released are in that light truck and SUV segment, from legacy automakers like Nissan and Cadillac, to new players like Rivian.

Lucid will obviously compete with the Model S. But to hear Rawlinson say it, Tesla is not the company’s primary target. The Lucid Air is for “someone who has an S-Class Mercedes who says: ‘Ten years ago, I wouldn’t have been that interested in electric. Tesla has piqued my interest, I love what Tesla is doing with electric, but I’m not getting out of my Mercedes for a Model S,’” he told Bloomberg in a recent interview.

Mercedes just released an updated version of its flagship S-Class, with updated technology, including a more advanced version of its voice assistant and partially automated driving systems. But the S-Class still runs on good old fashioned dinosaur sludge, and Mercedes notes that S-Class customers are exactly clamoring for an electric drivetrain. So it remains to be seen whether Rawlinson’s bid for Mercedes’ crown will succeed.

Like many electric vehicle startups, Lucid Motors has experienced ups and downs. The Lucid Air was supposed to go into production in 2018, but the company ran into trouble lining up funding required to build its planned $700 million factory in Arizona. It spent much of 2017-2018 languishing until Saudi Arabia’s Public Investment Fund came along.

To help with the cash crunch, Lucid Motors entered into two separate agreements in 2017 where it used its intellectual property as collateral for loans, as The Verge originally reported. The company has since broken ground in Arizona in the next few months.

Most media outlets make note of Saudi Arabia’s $1 billion investment in Lucid Motors. But the full extent of the kingdom’s involvement often goes unmentioned. As reported by The Verge, the company gave up majority ownership to Saudi Arabia’s sovereign wealth fund in exchange for the $1.3 billion investment it closed last year. That said, it remains unclear exactly what kind of voting rights the various shareholders of the company have.

But Lucid Motors has remained partnered with Saudi Arabia ever since, despite the deal not officially being approved by the US government’s Committee on Foreign Investment in the United States until April 2019. In an interview with The Verge last year, Rawlinson said he believes he can successfully navigate the partnership despite the nation’s record of human rights abuses.

“I think that we can be part of a movement which could catalyze change for good. That’s what I see,” Rawlinson said. “We have a partnership — which is very aligned — a partnership with the PIF. It’s a strategic partnership. They’re committed to help us make this change to benefit all mankind. And it will benefit Saudi society.”

Lucid is now accepting refundable reservations for the Air — $1,000 for the base model, $7,500 for the Dream edition — and will begin making deliveries starting in spring 2021. The vehicles will presumedly roll off the assembly at Lucid’s still-under-construction 820,000 square foot factory in Casa Grande, Ariz.

But the company is already working on its next vehicle, an SUV. (The Verge was first to report this possibility last year.) The push to develop a second car is coming, in part, from Saudi Arabia, according to the people familiar with the company’s plans. Sales of larger cars and trucks are through the roof, and major automakers like Audi, Mercedes-Benz, have followed Tesla’s lead in developing all-electric SUVs.

An SUV is probably the least shocking next move for Lucid. Based on its price, the Lucid Air is bound to be a niche vehicle, sought by customers who likely already own an electric vehicle (or two). In order to break out and achieve true Tesla-levels of success, the company will need to focus on bringing its prices down in order to make its vehicles accessible to a broader group of customers.

A Lucid Motors take on the Model 3… now that would be something to see.

After bank earnings, strategist says one stock is ‘best of breed’ 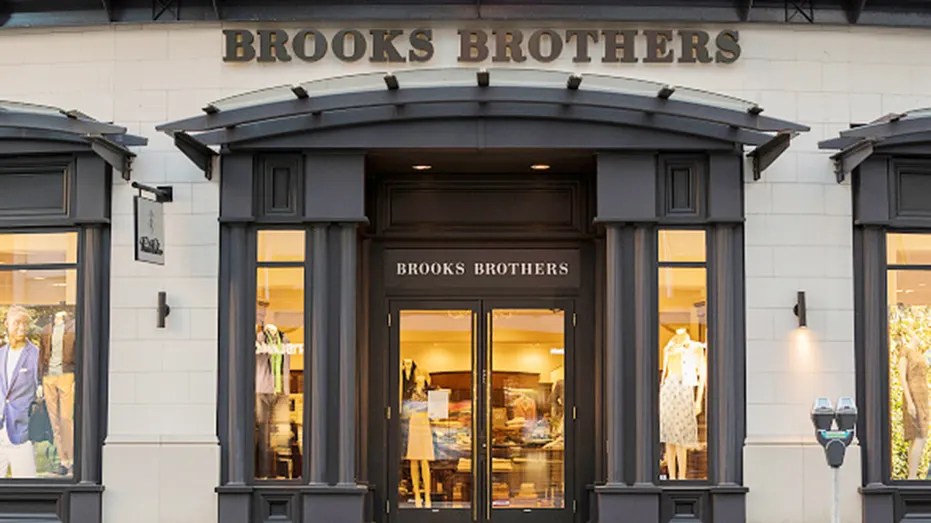 Brooks Brothers poised to be acquired by Authentic Brands-Simon venture 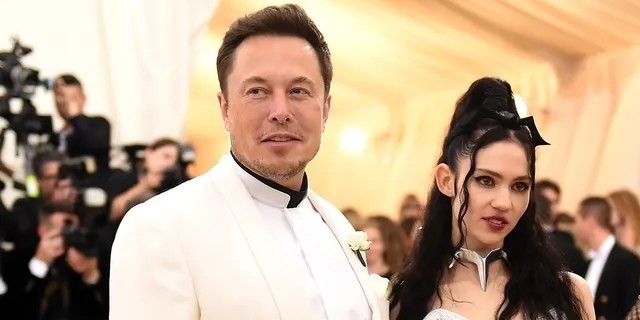 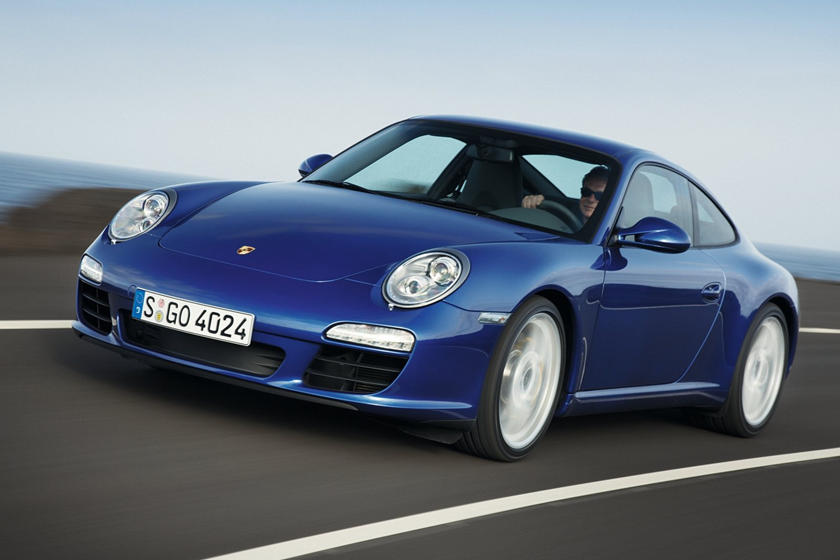