As the unemployment rate soared in April to its highest levels since the Great Depression, with 14.7 percent of workers without jobs, the coronavirus shutdown fell unequally on Americans according to age, gender, educational attainment as well as race.

Women became unemployed at higher rates than men. Hispanics and blacks were hit harder than whites and Asians. Those without high school diplomas fared the worst. As did teenagers, of whom nearly a third are now out of work.

The numbers, released Friday by the Labor Department, are the first to capture an entire month of stalled business activity, offering the clearest illustration to date of how economic pain is distributed among Americans.

And yet, while the numbers demonstrate a “collective crisis,” they still “don’t fully capture employment despair,” said Darrick Hamilton, an economist and executive director for the Kirwan Institute for the Study of Race and Ethnicity at Ohio State University.

“The race-related differences have not completely come to light given the abruptness and manner in which this employment crisis emerged,” Hamilton said.

Hispanics posted the highest unemployment rate, 18.9 percent, in April, compared with 16.7 percent for blacks, 14.5 percent for Asians and 14.2 percent for whites — record highs for all groups except for blacks.

In February, before the shutdown, 4.4 percent of Hispanics, 5.8 percent of blacks, 2.5 percent of Asians and 3.1 percent of whites were unemployed.

The economic crisis gathered beginning in mid-March, when restaurants, hotels and other businesses shuttered as mayors and governors issued stay-at-home orders to stem the spread of the coronavirus.

“We are in such uncharted territory, but the recovery will be slower for black and Hispanic communities who are getting hit disproportionately hard,” said Heidi Shierholz, policy director at the Economic Policy Institute.

The Bureau of Labor Statistics noted that it saw a 13 percent drop in its survey response rate in April, leading Shierholz to believe that the full extent of black and Hispanic unemployment has yet to be captured.

Among all adults,15.5 percent of women lost their jobs in April, compared with 13 percent of men. Among workers ages 16 to 19 years old, 31.9 percent became unemployed.

People without a high school diploma experienced the highest unemployment rate, at 21.2 percent, whereas those with at least a bachelor’s degree posted the lowest unemployment, at 8.4 percent.

Some of the disparity could be explained by the industries in which Hispanics and African Americans, as well as young people, women and those with less education, tend to be concentrated, economists said — jobs impossible to do from home and which quickly succumbed to social distancing protocols and shutdown mandates.

Employment in leisure and hospitality plummeted by 7.7 million jobs, a decline of 47 percent in April. Nearly three-quarters of the losses occurred in food services and drinking establishments.

READ MORE:   AT&T thinks you might watch ads in exchange for a cheaper phone plan

Retail employment lost 2.1 million jobs, especially in clothing stores. And construction, in which Hispanics make up more than a quarter of workers, shed nearly a million jobs. Hairdressers, auto repair, laundry and other service industries also saw huge dips in employment, along with education and health care, among others.

Among the workers counted in the survey were undocumented immigrants, many of whom are Hispanic and are facing extraordinarily challenging circumstances, Shierholz said. They generally do not have access to the federal safety net, such as food stamps, health care and subsidized housing; nor are they eligible to receive the $1,200 stimulus checks. Many are employed under the table in the food services industry, as hotel house keepers and in construction.

“There is huge job loss and zero relief,” Sheirholz said. “So that means the human suffering represented by those numbers are much more dramatic.”

Hamilton said the government’s official unemployment figures do not represent the full picture of economic pain, even before the coronavirus-induced recession. The evolving nature of work means many Americans were underemployed, working without health and retirement benefits in contractual jobs or as part of the gig economy. It’s going to be harder for them to recover, he said.

“Blacks are generally the last hired, and they will bear the brunt of this unless we do something transformative,” he said.

READ MORE:   How Much Will Wells Fargo Cut Its Dividend in the Third Quarter?

Hamilton is advocating direct federal income support to deal with the immediacy of the economic calamity, given that black and Hispanic households tend to have less wealth and savings than whites. That could mean another round of stimulus checks, he said, or government grants to companies to keep workers on the payroll.

Another step would be to change the way small businesses can access federal loans, he said, given that minority-owned businesses are less likely to have direct lines of credit with banks.

He also said the country needs a long-term strategy to help the most vulnerable communities recover once the economy is ready to reopen. Hamilton is pushing for a federal jobs guarantee, with direct government employment, to help Americans get back to work in a more equitable way and make workers less vulnerable to future employment crises.

“We need to be thinking about a new future for America that literally gets rid of involuntary unemployment,” Hamilton said. 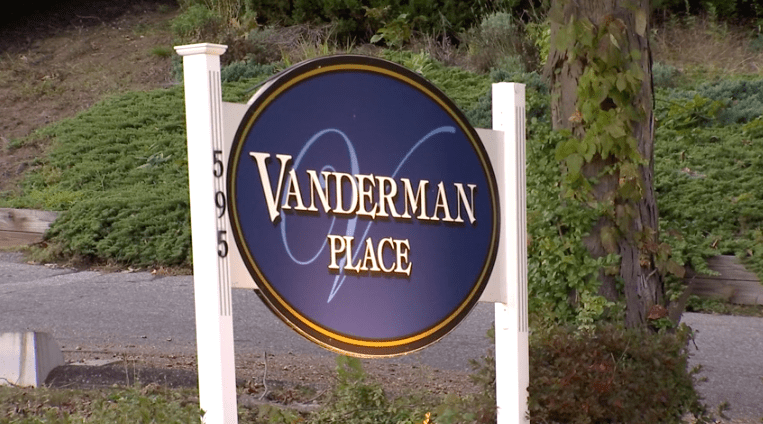 Four Bed Bath & Beyond Stores in Conn. to Close