a sharp drop on Wall Street on Wednesday, but it worsened considerably following a spate of late news from the United States. President Trump on late Wednesday said the United States would stop most Europeans outside Britain from traveling to the country for 30 days in an effort to slow the spread. The State Department advised Americans to reconsider all international travel. An aide in the United States Senate tested positive. The National Basketball Association suspended its season after a player tested positive.

With global growth on the line, investors have been looking for world leaders to step in to keep the economic gears turning. Mr. Trump on Wednesday said he would extend financial relief for sick workers and would ask Congress for more. Britain has said it would spend more than $30 billion. Central banks are cutting interest rates.

So far, for investors, it hasn’t been enough.

Oil prices were down more than 5 percent, shaken by a clash between Saudi Arabia and Russia over excessive production and by fears that the world simply does not need as much fuel as it once did.

Among stock markets, in Tokyo, the Nikkei 225 index was down 5.2 percent in midday trading. Australia’s S&P/ASX 200 index tumbled 6.3 percent.

Australian stocks plunged by more than 7 percent on Thursday, the worst drop since the 2008 financial crisis, as the government’s unveiling of a multibillion-dollar stimulus package did little to ease investors’ worries over the growing economic fallout from the coronavirus pandemic.

The market free-fall in Australia came as governments around the world are increasingly clamping down in an effort to curb the spread of the virus, including an announcement by President Trump on Wednesday that he was barring most travel to the United States from Europe for 30 days.

Shares fell by 7.4 percent in Sydney on Thursday, following a decline of 7.3 percent three days before. The Australian market has now fallen by more than 25 percent since mid-February.

The sell-off came even as the Australian government announced that it was injecting more than $11 billion into the economy to mitigate the impact of the virus and ward off a potential sharp economic slowdown.

The stimulus package will include payouts of up to $16,000 for small- and medium-size businesses to help cover employee wages, as well as tax incentives for bigger businesses to invest in equipment and other assets. Additionally, millions of households already receiving government assistance will be eligible for a payment of almost $500.

Australia has not been hit as hard by the virus as other countries, reporting 128 cases so far. But the government has warned that the toll on the country’s health and economic activity could grow much worse, and it said it hoped the stimulus would deliver a quick burst of money into the economy, bolstering employment.

“It is a health crisis, but it is a health crisis with very significant economic impacts,” Prime Minister Scott Morrison said in announcing the stimulus, which is worth 17.6 billion Australian dollars, or about 1 percent of the country’s gross domestic product. “This is us doing the heavy lifting when it comes to the tough months ahead.”

READ MORE:   The fate of airline fare deals during the coronavirus crisis

The announcement of the emergency spending came a day after Britain said it would pump $38 billion into its economy to ease the effects of the outbreak and the Bank of England announced a cut in interest rates.

Stocks plunged on Wednesday, with the Dow Jones industrial average falling into a bear market, in a drop that reflected investors’ fear that Washington won’t be able to muster a response to the economic crisis triggered by the spreading coronavirus.

A bear market begins when stocks have fallen 20 percent from their high. Though it’s a somewhat arbitrary threshold, in financial markets the designation acknowledges what many investors are surely feeling — that fear-based trading in the stock market may not end soon.

The last time stocks in the United States were in a bear market was during the height of the financial crisis, more than a decade ago.

Stocks have whipsawed this week as investors vacillated between the threat that the coronavirus poses to the global economy and the hopes that governments around the world will unveil a series of measures to help businesses. On Wednesday, World Health Organization officials officially designated the spread of the coronavirus as a global pandemic.

President Trump has signaled he would consider ways to stimulate the economy, and lawmakers and administration officials spent the day Wednesday outlining their possible steps. Options include cutting payroll taxes and extending the American tax filing deadline past April 15. But so far, the White House has not announced any specific measures, and most experts say a payroll tax cut is not an effective way to combat the problems facing the economy.

“What we’ve seen over the past 36 hours is hope for something from a fiscal policy perspective and then this sense that it’s not going to come, or it’s not thought out, so I think that’s the disappointment right now,” said William Delwiche, an investment strategist at Baird, an investment banking and money-management firm based in Milwaukee.

That the virus is unlikely to prove fatal to the vast majority of people who get it offers little comfort to financial markets. Rather, the worry is that efforts to contain the spread of the illness caused by the virus are certain to slow the global economy and corporate profits.

Criminals and nation-state hackers are capitalizing on the coronavirus outbreak to commit fraud and steal sensitive data.

Two California companies, Crowdstrike and FireEye, and the Israeli company Check Point confirmed this week that the Chinese groups were sending out coronavirus-themed documents loaded with malware. For now, the breaches have focused on targets in Vietnam, Mongolia and the Philippines.

Security researchers worry the campaigns are an early warning for cyberattacks that could hit the United States. “We’re seeing cybercriminals and Chinese groups jump on coronavirus,” said Adam Meyers, the head of threat intelligence at Crowdstrike. “People need to be aware of what is coming.”

Criminals have also been using coronavirus maps to lure people into downloading hacking tools that can be used for everything from stealing usernames and passwords to downloading ransomware. They have been sending what appears to be a Johns Hopkins University interactive map of coronavirus infections to bait victims into clicking.

For now, the attacks have been largely limited to Asia, Mr. Meyers said, but American victims are vulnerable. He said that with global fears of coronavirus mounting, the virus will undoubtedly be used for “big-game hunting,” taking advantage of employees at big companies to demand larger payouts.

Governments across Europe have announced emergency spending plans to support businesses facing lost revenue and individuals who have lost income because the outbreak.

Italy: The government is spending 25 billion euros ($28 billion) to help businesses and individuals, potentially including broader unemployment benefits and aid for parents forced to take time off work. Details are expected Friday.

Spain: The nation’s economic measures are expected to be announced Thursday, including support for tourism and transportation and families caring for out-of-school children.

Germany: The government announced a spending program of 12.4 billion euros ($14 billion), and it will expand subsidies to prevent layoffs; spending on infrastructure will increase, and government banks will provide loans to small businesses facing a short-term declines in sales.

France: Businesses affected by the outbreak have been offered financing to pay for partial unemployment benefits, as well as eased credit terms. Suppliers will not be penalized for failure to fulfill government contracts.

Consumers unnerved by the turmoil wrought by the coronavirus on Wall Street can focus on one bright spot, at least: falling mortgage rates.

The rate on a 30-year fixed-rate mortgage has dropped to about 3.74 percent, and the Mortgage Bankers Association said Wednesday that refinancing applications jumped 79 percent last week.

The index that tracks refinancing activity surged to its highest level since 2009, the worst of the financial crisis, and there has been an almost equally robust rise in applications for new mortgages.

The best refinancing deals may not be the ones found on lender websites or so-called mortgage lead generation websites run by firms like Bankrate, Lendingtree and Zillow.

“Very seldom does a borrower get the rate advertised on an aggregator website,” said Rick Sharga, founder of mortgage and real estate consulting firm CJ Patrick. “What we are hearing is some firms are pricing themselves out of the market to slow down the flow of leads, especially to people who are just rate shopping.”

Even the website for Wells Fargo listed the going rate for a refinancing on a 30-year fixed-rate mortgage at 4.25 percent — well above the rate cited by the Mortgage Bankers Association.

Walter Schmidt, a manager with the mortgages strategy group at FHN Financial, said that posted rates were probably higher than in reality, and that he had heard good customers were getting better rates by dealing directly with the banks that underwrote their existing mortgages.

Here’s what else is happening.

He invented the N95 mask filter. Then the coronavirus pandemic hit and he was called to help once again

Shareholder payouts are under siege. What that could mean for dividend-based ETFs 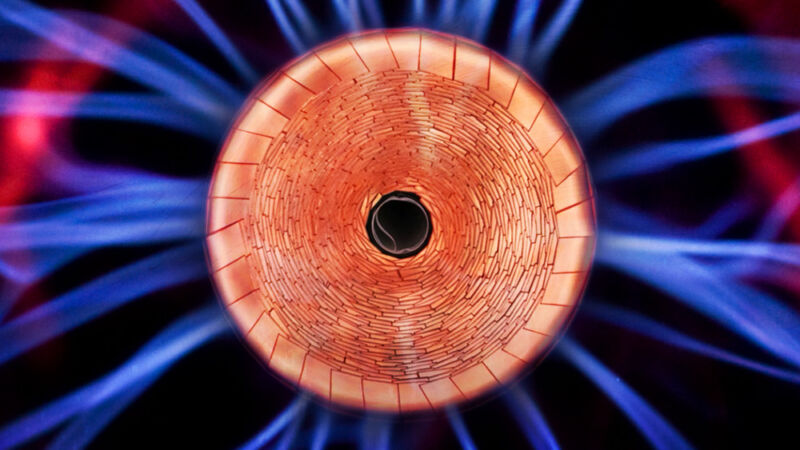 Here’s what Tesla will put in its new batteries 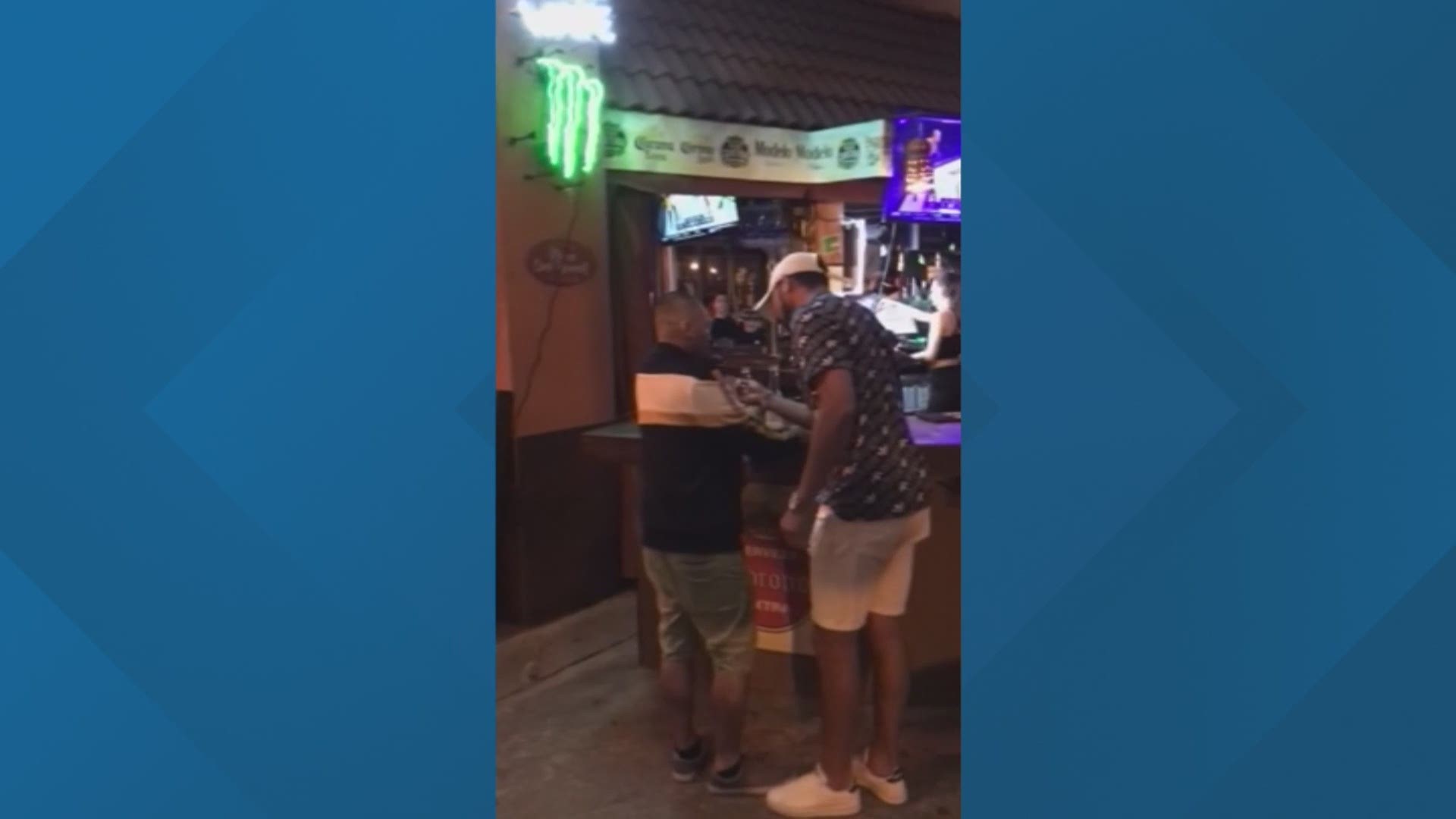