told the Holland Sentinel on Wednesday that USPS officials this week took the electrical components out of two mail sorting machines in downtown Grand Rapids.

Puhalski said the machines sort letters and that their removal would delay mail processing time.

She said the machines are unusable without the components and that officials have not given word to put them back in.

Officials were working on gutting a third machine, she said, but stopped after U.S. Postmaster General Louis DeJoy on Tuesday ordered a halt to scrapping equipment and other organizational changes until after the election.

Related: Snail mail and a ‘pinky promise’: Why Michigan is still suing after USPS walked back changes

The decreasing the number of mail-sorting machines as well as mail drop boxes are initiatives DeJoy has branded as cost-cutting measures.

They’ve raised concerns of voter suppression in the upcoming general election, where absentee ballot voting is expected to skyrocket because of the pandemic.

DeJoy said on Tuesday he would suspend the measures until after the general election “to avoid even the appearance of impact on election mail.”

“I don’t have any other information to share beyond what is in our Postmaster General’s statement,” Grand Rapids-area USPS spokesperson Sabrina Todd said, declining to talk about the machines.

Michigan is joining other states in filing a federal lawsuit against the U.S. Postal Service over recent changes that have caused mail delays, Attorney General Dana Nessel announced Tuesday.

READ MORE:   Ted Lieu responds to viral video: 'Costco has a right to require that customers wear a mask' | TheHill

“The only thing I’ll say is it’s not what’s put out there. It’s an exaggeration,” Werth told MLive. “I really suggest you contact our public relations department.”

He declined to say what the machine was or whether it was functional before it was tossed out.

“You’re not supposed to be on public property,” Werth said. “I’m going to have to ask you to leave right now.”

The removal of the machines is the latest challenge for postal workers trying to get mail out on time.

In addition to pandemic-related challenges, recent cuts to overtime have hamstrung a workforce still short employees from before the Great Recession, Haggarty said.

“They’re setting us up to fail,” he said. “Even the supervisors and the managers get frustrated. The people like me that have been around 20, 25, 30 years, we’re very concerned because we see the degradation of our service.”

Note to readers: if you purchase something through one of our affiliate links we may earn a commission. 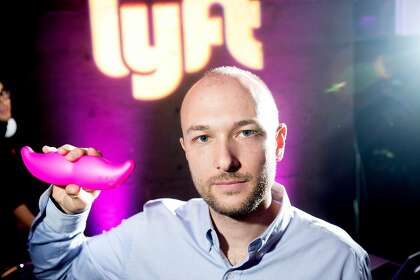 Lyft says it could leave California if drivers become employees

Bitcoin Is Recovering But $9,300 Could Trigger A Fresh Decline | NewsBTC