The department reported that more than 857,000 workers filed new claims for state unemployment insurance last week, before seasonal adjustments, a slight increase from the previous week. On a seasonally adjusted basis, the total was 884,000, unchanged from the revised figure for the previous week.

In addition, about 839,000 new claims were tallied under a federal program called Pandemic Unemployment Assistance, which provides assistance to freelancers, part-time workers and others who do not ordinarily qualify for state benefits. That figure, which is not seasonally adjusted, was up from 748,000 the previous week.

“It’s a gut punch to see these numbers every Thursday with no improvement,” said Diane Swonk, chief economist at the accounting firm Grant Thornton in Chicago. “The numbers are going in the wrong direction.”

Although weekly unemployment insurance filings are down from the peak of more than 6.5 million in early spring, they remain frustratingly high. Before the pandemic, new weekly claims were typically a little over 200,000. Many economists had expected them to fall much further by now.

Initial weekly unemployment claims, both regular claims and those under the Pandemic Unemployment Assistance program

By Ella Koeze·Pandemic Unemployment Assistance extends eligibility to some workers who would not otherwise be able to apply for unemployment benefits, such as part-time and self-employed workers. Neither regular claims nor P.U.A. claims are seasonally adjusted.·Source: Labor Department

There have been some hopeful signs. The unemployment rate in August fell to 8.4 percent. Many states are moving forward with reopening businesses. Home sales are strong.

A wild card is the congressional standoff over another coronavirus relief package. House Democrats have passed a $3 trillion bill that would restore a $600 weekly unemployment benefit supplement that expired in July. A much smaller Republican package reviving the supplement at $300 a week failed to advance in a Senate vote on Thursday.

President Trump ordered a stopgap $300-a-week replacement last month through the Federal Emergency Management Agency, but it has been slow to get off the ground and has funds for only a few weeks.

Eighteen states have begun making the payments, said Michele Evermore, senior researcher and policy analyst at the National Employment Law Project. “It would have been so much easier and faster if Congress would have passed an extension,” she said.

At the same time, the Pandemic Unemployment Assistance program is drawing millions of recipients — and allegations that some are abusing it.

A California official said the state suspected that much of the recent increase in claims under the program was a result of fraud, and was investigating “unscrupulous attacks” that have taken advantage of identity theft and other vulnerabilities in the system.

The program, created as part of pandemic relief efforts enacted in March, is intended to help gig workers, part-timers, independent contractors and the self-employed. In the week that ended Aug. 22, 14.6 million people were collecting benefits under the program, and nearly half were in California, the Labor Department said.

A spokeswoman for the California Employment Development Department, Loree Levy, said the state was “aggressively fighting” fraud in the program. “We do suspect that a big part of the unusual recent rise in P.U.A. claims is linked to fraud,” she said.

Ms. Levy said the state was suspending or closing claims that match suspicious patterns and was working with local and federal authorities to expose and prosecute offenders.

In August, 21 current and former inmates of the main San Mateo County jail in California were charged with fraud after they successfully applied for benefits under the program while in custody. The bogus claims yielded more than $250,000 in payments.

Whatever the problems with fraud, the program provides a lifeline to many individual workers with legitimate claims.

Pedro Night, a D.J. in the Washington area, saw his livelihood fade as events and other gatherings were halted. “By April, it hit me, and I realized that we were definitely in this for the long haul,” he said.

He applied for Pandemic Unemployment Assistance, and in June he started receiving $350 each week in benefits after taxes, in addition to a $600 federal supplement.

Although the supplement ended in late July, the basic payments have continued, giving him just enough for his share of the $750 monthly rent for an apartment in Rockville, Md., his $400 car payment and his $120 car insurance bill.

Even as Congress debates extending supplemental aid to the unemployed, some find themselves struggling to do without.

Robert Rooney was furloughed as an engineer at the Bellagio Hotel in Las Vegas on March 15, and then permanently laid off on Aug. 31. After the $600 supplement ran out, Mr. Rooney was left with $423 a week in Nevada unemployment benefits after taxes.

Mr. Rooney’s wife, Jennifer, is still working, but they believe they will be unable to pay the $1,200 rent for their two-bedroom house by the end of the year. They are considering selling one of their cars and have given up on buying a home, something they expected to do this fall.

They are using credit cards to pay for groceries, gas and the roughly $300 per month in medical costs for Mr. Rooney’s mother, who has a lung ailment. They are dipping into their small pot of savings for the minimum payments on their credit card bills.

Ms. Rooney hung on to the entry-level job she got last year doing data entry at a local nonprofit organization. Her wages, $12 per hour, are close to what she made 10 years ago, before earning her bachelor’s degree. She hoped to work her way up as she changed industries from her prior work in health care. But her paychecks alone are too scanty to keep the family afloat.

The couple, both 41, have had fertility challenges, and before the pandemic, they were looking into fertility treatments or adoption. Now, without Mr. Rooney’s job and with his company health insurance running out at the end of the month, they can’t afford either possibility.

“It’s really painful to think about what might have been,” Mr. Rooney said. “The pandemic has taken all of that away.”

The Rooneys are planning to move to Texas by November to take advantage of lower housing costs and in hopes that he will have more luck finding work there.

Joe Braxton has been similarly devastated by the disappearance of the $600-per-week supplemental benefit.

For 10 years, Mr. Braxton helped brands market themselves at events like South by Southwest and Comic-Con. But after events across the country were canceled because of the pandemic, Mr. Braxton found himself out of work.

Thanks to a job early in the year at an auto show, he qualified for unemployment benefits, including the $600 federal supplement. That allowed him to keep paying the $1,200 in rent for his one-bedroom apartment in Bladensburg, Md.

When the supplement ended, he was left with $100 a week in state benefits. His landlord allowed him to pay less than the full rent each month until he could find work.

“Every day I wake up and I’m like, did they come pick it up yet?” Mr. Braxton said. “I feel like I’m being punished by the pandemic, and it’s not even my fault.”

Some are more fortunate. Pamela Álvarez, 28, was a librarian in Chicago until the pandemic struck. She was furloughed on May 1, and then laid off permanently on July 1. Her husband continued to work, but his overtime shifts were cut back, and when she lost the $600 unemployment supplement, it was hard for them to make their $1,200 monthly rent payment.

Last week, Ms. Álvarez was offered a one-year position with a nonprofit organization that helps low-income people get their furnaces repaired and replaced. She accepted, relieved to have a job even though it paid $16 an hour, compared with her previous $23.

“I still cannot believe that I got a job after applying for over 50 positions,” she said. “It feels like a bit of a dream, and a nightmare at the same time, because now I have to work outside the home during the pandemic and I am afraid of getting sick.” 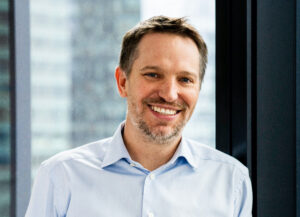 No reusable cups: Starbucks will temporarily pause the use of personal cups over coronavirus fears

Why You Spend So Much Money At Trader Joe’s