According to new data released Monday by the Federal Reserve, American households’ collective net worth climbed nearly 7% in the April-June quarter to $119 trillion. That’s up from $111 trillion in the first quarter, when the pandemic triggered an unprecedented shutdown of the nation’s economy, cratering the financial markets.

But the markets have staged a rapid recovery since late winter, when prices were dropping so quickly that automatic circuit breakers kicked in several times, forcing temporary trading halts.

Since bottoming out on March 23, the S&P 500 has surged about 48%; the Dow Jones Industrial Average is up about 47% and the tech-heavy Nasdaq Composite has jumped about 60%.

But other parts of the economy have been slower to recover.

Government data released at the beginning of September shows the labor market is far from pre-coronavirus levels: Employers added 1.4 million jobs in August and the unemployment rate fell to 8.4%, but there are still 11.5 million more out-of-work Americans than there were in February.

TRUMP LASHES OUT AT ‘HEARTLESS’ DEMS OVER STALLED-OUT VIRUS RELIEF

And data compiled by Opportunity Insights, a research group, show that the employment rate among the country’s highest earners has dropped by 1.6% compared to January, while employment among the lowest-earners is down 16.1% from January.

READ MORE:   Why Oracle's bid for TikTok might not be as crazy as it sounds

That’s largely because the pandemic, and subsequent economic shutdown, hit the poorest Americans the hardest. According to Federal Reserve data published in May, about 39% of individuals with a household income below $40,000 reported losing their job in March.

Federal Reserve Chairman Jerome Powell has frequently sounded the alarm over the widespread inequality in the U.S. During the central bank’s two-day meeting last week, Powell noted that wage stagnation for low-income Americans, as well as reduced income mobility, could hold back the nation’s economy.

“The productive capacity of the economy is limited when not everyone has the opportunity, has the educational background and the health care and all the things that you need to be an active participant in our workforce,” he told reporters. “So I think if we want to have the highest potential output and the best outfit for our economy, we need that prosperity to be very broadly spread in the longer run.”

Pantera Capital CEO: BTC Will ‘Come of Age’ in Crisis, May Top All Time High 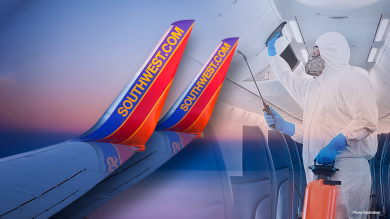