Instead of preparing for door-busters on Black Friday and frenzied shopping in stores before Christmas, many retailers and shipping companies are beginning to staff up in anticipation of a flood of online delivery and curbside pickup orders.
Walmart (WMT), which has already hired more than 500,000 workers in stores and across its supply chain since March to meet growing demand in the pandemic, said Wednesday that it will hire more than 20,000 seasonal workers in e-commerce fulfillment centers across the country “to prepare for an expected increase in online shopping.” Walmart has stores every year that bring on seasonal associates, according to a spokesperson, but the last time Walmart hired a “large number of seasonal associates” was in 2015, when Walmart added 60,000 holiday workers for stores.
Other companies are also preparing for the online shopping rush by adding delivery, warehouse and curbside pickup workers.
FedEx (FDX) said it will hire 70,000 workers, a 27% increase from last year, while UPS (UPS) said it will hire 100,000 seasonal workers, the same as last year’s holiday hires. Floral delivery retailer 1-800-Flowers.com (FLWS) will bring on 10,000 employees to deliver bouquets to customers, up 25% from last year, and Michaels, the arts and crafts store, will add 16,000 seasonal jobs. That’s up around 6% from last year. Michaels (MIK) said the jobs would help the chain, in particular, strengthen its buy online, pickup in store offering.
The overall hiring forecast for this holiday season “remains uncertain,” but “it is clear that the proportion of sales that are made online will reach record levels and that may cause a permanent change in the future of holiday hiring,” Andy Challenger, senior vice president at outplacement firm Challenger, Gray & Christmas, said in an email.
Shoppers have bought more goods online in recent months as they spend an increasing amount of time at home and limit their trips to stores. E-commerce sales for the second quarter of 2020 increased 31% to $211.5 billion from the previous quarter, the Commerce Department said last month. E-commerce made up 16.1% of US retail sales last quarter, up from 11.8% in the prior quarter.
Deloitte predicted last week that e-commerce sales will grow between 25% and 35% from November to January to up to $196 billion compared with last year.
“E-commerce is likely to be a big winner because consumers have shown a clear movement towards buying online rather than at brick and mortar stores,” Daniel Bachman, Deloitte’s US economic forecaster, said in a research report last week.
It’s unclear yet whether the holiday hiring this year will be able to match last year’s holiday pace, which took place in a growing economy.
“Traditional retailers have been reticent to commit to hiring targets for the holiday season, which reflects the uncertain business environment they face with sky-high unemployment, dwindling government stimulus, and changing consumer spending patterns,” said Challenger.
Retailers added 702,000 jobs last holiday season, up 12% from the year prior, while the transportation and warehousing sector added 295,000 jobs, around a 14% increase from the year prior, according to Challenger.
Other major retailers like Amazon (AMZN) and Target (TGT) have yet to announce holiday plans.
Kohl’s (KSS), Macy’s (M) and Gap (GPS), which together announced around 200,000 holiday hires last year, have yet to announce seasonal hirings. All three have struggled in the pandemic and have announced job cuts. JCPenney (JCP), which filed for bankruptcy in July, is hiring 1,700 workers this year, after hiring 37,000 last year, according to Challenger.
Many clothing stores and department stores are cutting back, rather than hiring.
The clothing and clothing accessories sector has shed 349,000 jobs since March. Overall, the retail sector has lost 570,000 jobs since March, according to data from the Bureau of Labor Statistics.

House to vote on removing cannabis from list of controlled substances 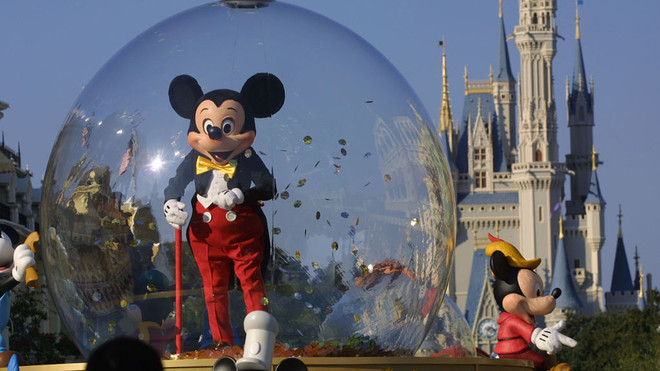 ‘The beginning of a horror movie’? Disney World slammed as doors reopen amid spiking coronavirus cases