gold company Barrick Gold. Max Keiser, the founder of Heisenberg Capital and an early Bitcoin investor, says it could help buoy BTC to $50,000.

The quarterly shareholder filing of Berkshire Hathaway shows Buffett trimmed his position on most major banks, Fortune reported on Aug. 15. The firm sold a substantially large portion of its shares in JPMorgan Chase, Wells Fargo and PNG.

Buffett’s decision to completely close Berkshire’s position on Goldman Sachs follows the bank’s second-ever highest quarterly trading revenue of $13.3 billion. It suggests Buffett is not comfortable in betting big on the banking industry in the long-term.

Instead, Buffett purchased a single stock in Barrick Gold, whose stock has reflected that of gold in most of 2020. The firm is a gold mining company based in Canada, which recorded a 45% increase year-to-date. Following Berkshire’s investment, the stock rose by 8.11% in after-hours trading.

Max Keiser, an avid Bitcoin investor who has invested in companies like Kraken and Bitfinex, believes Buffett’s gold investment could benefit Bitcoin. He said the positive sentiment around gold implies a higher valuation for Bitcoin, which some consider as “digital gold.” Keiser said: 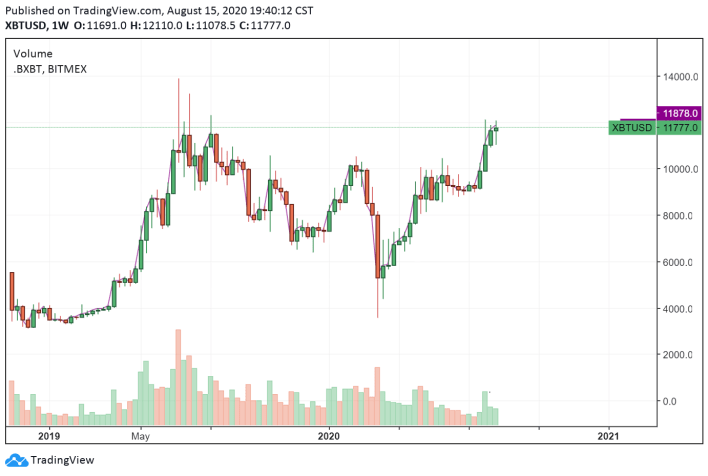 “Today it was announced Berkshire Hathaway just bought its first gold stock ever. The reasons are self-apparent at this point. Just in case you’re wondering what the coming years are going to look like for Bitcoin, this was Buffett on gold in 1998.”

Although Bitcoin has outperformed gold since April, the price trend between gold and BTC has shown some correlation. Data from Skew show the two assets have increased in tandem throughout the past four months. 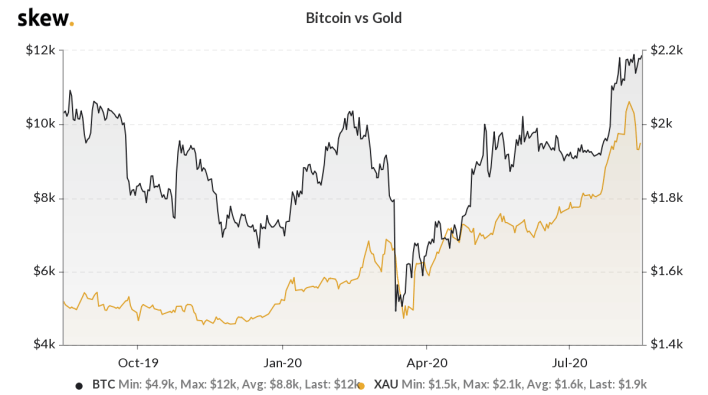 The correlation between Bitcoin and gold. Source: Skew.com

The simultaneous rally of Bitcoin and gold since the global market crash in late March hints that more investors are starting to consider BTC as a store of value.

Most recently, MicroStrategy, a $1.4 billion intelligence conglomerate, purchased $250 million worth of Bitcoin. The firm said BTC would act as the company’s primary treasury asset, acknowledging Bitcoin as a store of value and a potential safe-haven asset.

Trump says Warren Buffett has been right ‘his whole life,’ but made a mistake selling airlines

Elon Musk hints at Tesla Cybertruck being amphibious – is he kidding?