Delta Air Lines is the only one of the big three US airlines to not fly to Hong Kong. While United and American both operate multiple daily flights, Delta pulled out of the market in 2018. Here’s why.

Back in 2014, Delta Air Lines was busy building up its Seattle hub. With no true transpacific gateway, Delta was falling behind compared to some of its competitors, especially with United’s massive San Francisco hub. So, the airline turned to Seattle and went up against partner Alaska Airlines, although Alaska does not operate long-haul international flights with widebodies.

“By offering new service from Seattle to Seoul and Hong Kong, Delta will now offer customers service to the top five destinations in Asia. Our expanding Seattle network, combined with investments in our aircraft, the airport and the community shows our commitment to become Seattle’s premier international carrier.”

Seattle was the only gateway where Delta flew to Hong Kong. In late-2018, Delta announced it would be adding nonstop flights from Seattle to Osaka-Kansai (KIX) using a Boeing 767-300ER. Citing the airline’s partnership with Korean Air, the airline believed this route would work well and complement the carrier’s Osaka to Honolulu services.

However, while adding flights to Osaka, Delta also announced it would end Seattle to Hong Kong service, instead funneling passengers there via its joint venture partner, Korean Air. At the time, Delta was flying a Boeing 777-200ER between Seattle and Hong Kong.

Will the airline serve the route again?

Delta Air Lines has been, historically, quite conservative when it comes to launching and operating its own long-haul flights. The airline has, instead, chosen to funnel passengers through its own and partner hubs, where the carrier can better guarantee higher load factors.

Even without Hong Kong, Delta still serves some of Asia’s largest markets from Seattle, including Beijing, Shanghai, and Tokyo. However, the loss of Hong Kong from Delta’s network is worthwhile to note.

First and foremost, United and American were far larger airlines in Hong Kong than Delta. American also has a codeshare agreement with Cathay Pacific, headquartered in Hong Kong, which allows it to provide onward connections. In fact, American’s longest route is its flight between Hong Kong and Dallas (DFW).

United also historically had the most extensive route map of a US airline in East Asia, with multiple daily flights leaving multiple hubs heading to cities like Singapore, Shanghai, Chengdu, Osaka, etc.

Delta, meanwhile, has lagged behind its competitors since dismantling its Tokyo-Narita hub inherited from its merger with Northwest Airlines. Although, it is to be noted that Delta has an unusually strong market position in Tokyo-Haneda, where the airline does not have a major partner.

As for if Delta will return to Hong Kong, if it could not make the flights work in the best of times, it likely will not operate it in the next few years as the airline recovers from the worst of times. But, come 2025 or so, when the airline can return to building up its international route network, it may be able to leverage its position in Seattle with a new flight to Hong Kong. Although, one hiccup might be that, soon after Delta cut Seattle flights, Cathay Pacific announced plans to fly to Seattle from Hong Kong.

READ MORE:   Ford sales fall 33.3% in the second quarter due to coronavirus

Do you think Delta should return to Hong Kong? Let us know in the comments! 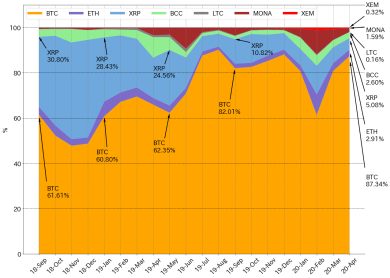 These business owners couldn’t get a forgivable loan at first. Then it was easy. 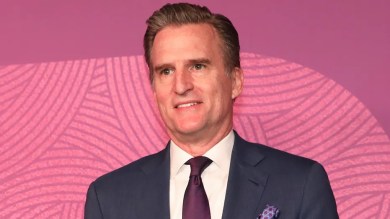 Shares of Macy’s surge on $4.5B secured in new financing