Li Lu says he walked into a lecture Buffett was giving years ago at Columbia University and “…was instantaneously taken by him. What he basically taught me in that course was that somebody with high moral principles and integrity can make a lot of money off the market by being wise and smart and moral,” Lu says. “For many years, he and Charlie were my role models. Normally I don’t take a living person as a role model, knowing how fragile human beings are. But for 25, 30 years he and Charlie never disappointed me in how to conduct business and life.”

Says author Miles: “He’s transformed my life personally, more than anyone else in terms of modeling good behavior and having fun. He’s made me a better person, made me rethink my own philanthropy, in terms of helping those who through no fault of their own were born on the wrong side of track.”

“I showed up at the Berkshire meeting to learn how to become rich and make a lot of money and compound stocks at a high rate,” says Wall Street hedge fund manager Whitney Tilson. “And instead, what I got was a dose of what they call worldly wisdom, about developing good habits and the importance of integrity becoming a learning machine and how to be a good spouse and all these other things that have really helped shape me second only to my parents, I suppose.”

Buffett often talks about the importance of giving to your family and friends, the people you love. And he walks this talk, like when he flew to New York in June of last year to attend a 90th birthday party of his long standing pal, Carol Loomis, retired editor at Fortune, and sing a goofy song in her honor. (Now that’s how to stay young.)

And there’s a zillion more.

I know that’s a lot of gushing testimonials. But could anyone really say the same things about Buffett’s fellow mega-billionaires Bezos, Zuckerberg, Koch or Bloomberg? True, you might admire them or learn from them, but what people around the globe have received from Buffett is in another league.

Of course everyone always asks what will happen to Berkshire once Buffett finally does retire or pass on. Buffett has heard this 90 million times, and for decades. And he’s been working on succession, and for decades. As my colleague Sam Ro points out, it’s almost as if Buffett wants us to focus on his succession plan because it draws more attention to Berkshire, something Buffett has been unapologetically P.T. Barnumesque about.

And who’s to say the torch can’t be passed smoothly? Steve Jobs certainly did right by Apple when he picked Tim Cook, a point not lost on Buffett, particularly now that he owns $120 billion of Apple stock, worth almost 25% of Berkshire’s market value. Buffett’s two trusted lieutenants, (Ajit) Jain and (Greg) Abel—not to be confused with Cain and Abel, or at least Berkshire shareholders hope not—are increasingly hands on and poised to lead.

“When you love your life, of course you want it to go on and on,” says Laura Rittenhouse, consultant and author of “Buffett’s Bites: The Essential Investor’s Guide to Warren Buffett’s Shareholder Letters.” “But the fact that he put the succession plan into place says he has certainly confronted the inevitable.”

For now and the foreseeable future (whatever that means when you’re 90), Buffett is still running things, aware that he’s being scrutinized in a way, well, that any 90-year-old CEO would. In fact, Osberg says she and Buffett were just talking about that.

“We had that discussion a couple nights ago. He finds it interesting that so many people are interested in his mental faculties. He totally understands,” she says. “I literally told him this on Tuesday, I have not noticed a decline in him. He’s slower at some things, physically the body gets slower when you’re older. He walks slower, knees hurt, or whatever. He would tell you certain things he feels he’s slower at mentally, but nothing important. Like remembering names, something that none of us can do anymore. It really is amazing.”

A recent interview in a nice piece by the Omaha World Herald this week, noted longevity is in Buffett’s family’s genes. His mother lived to be 92, and his sister Doris who died this month was also 92. Baby sister Bertie, whom Buffett said he will be visiting next month, is 86. “‘My dad is going to outlive us all, and I’m not kidding,’ said his daughter Susie Buffett in the article. ‘I’ll bet a lot of money he will get to 100.’” (If Buffett did, he’d be bucking the odds of course.)

And famously Buffett eats like a first-grader, which he explained to me a couple of years ago: “I actually eat exactly what I like to eat. If I liked it on my sixth birthday—on my sixth birthday party, when we had hot dogs, and hamburgers, and Coke, and ice cream with chocolate—I still like it. And I don’t care about anything, subsequently. I discovered it all by the time I was six. And if somebody offered me a deal when I was 20, and said, you’re going to live one year longer—instead of living to 88, you’ll live to 89, or whatever it may be—if you eat nothing but broccoli, and Brussels sprouts, and onions, and all these things, take the last year off. It probably won’t be that good anyway. So I eat what I like to eat. I’m not venturesome, in that area.”

But shhhh, there may be some concessions to health and wellness afoot. Osberg tells Yahoo Finance  that Buffett eats salmon once a week. And she reports he now “exercises faithfully on his treadmill.” The real trick though Osberg says is “his attitude. Everybody talks about his attitude and how happy, cheerful he is. That’s the gospel truth. He loves every day. Every single day, he loves. I’m not sure I’ve ever met a person who feels that way. But he does.”

READ MORE:   Elon Musk weighs in on Tesla's stock again, this time with 'lol' and an internet meme

On May 2 of this year, three of us; my wife and I, along with Susie Buffett, sat on the empty floor of the CHI Health Center Omaha and watched Buffett and Greg Abel address Berkshire shareholders remotely for the company’s annual meeting, (streamed by Yahoo Finance I might add.)  As Buffett got up on the platform, he smiled and waved at us, looking spry enough. Little did we know. Buffett then began to speak and answer questions, unscripted for four hours and 28 minutes straight, no breaks, on almost every subject under the sun.

He was impassioned that afternoon, talking about America in the time of COVID-19:

“Nothing can stop America when you come down to it, even with the scariest of scenarios. It may have been tested during the Great Depression, and it may be tested now to some degree. In the end the answer is never bet against America. That in my view is true today as it was in 1789 and even was true during the Civil War and depths of the depression,” Buffett said.

It was a tour de force, as draining as it was impressive, and it may have been his best, most impactful talk ever.

Here then are birthday wishes from Mario Gabelli, which sound about right:

“Warren, holy cow, you’re only 90? I want to be there for what the Italians used to say cent’anni, which meant 100. Now, it’s centocinquanta, 150 years. That’s the birthday party that I’m going to have to give you a birthday wish for. But 90 going to 100 is at least a start. Happy birthday, Warren.”

Yes indeed, happy birthday Warren. Long may you run. Whatever you’ve been doing has worked so far, so please keep doing it.

Jim Cramer: This market is defined by Johnson & Johnson and Jay Powell 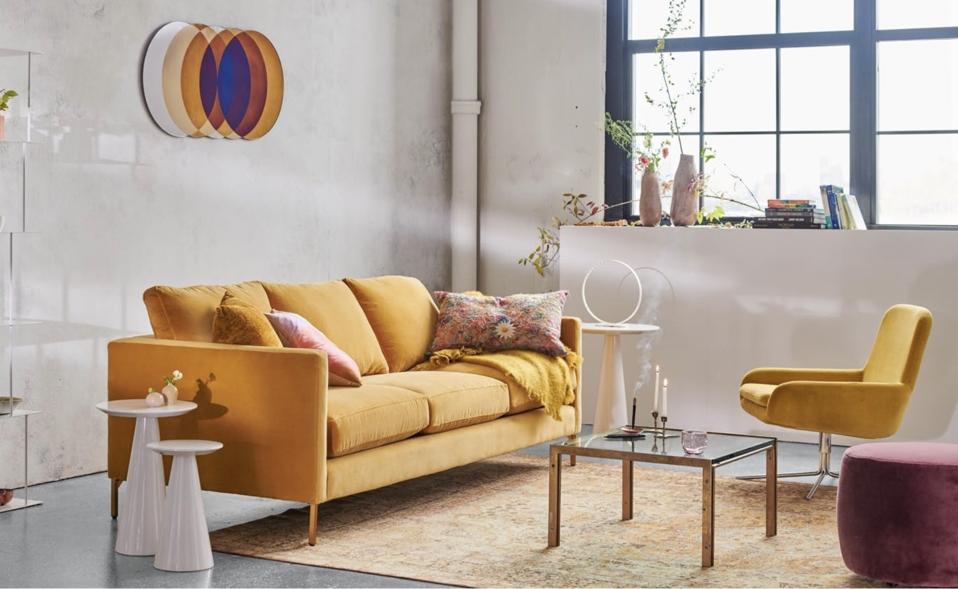 4th Of July Furniture Sales & Deals To Shop This Weekend